Mohammad Rizwan: Profile of a Fighter 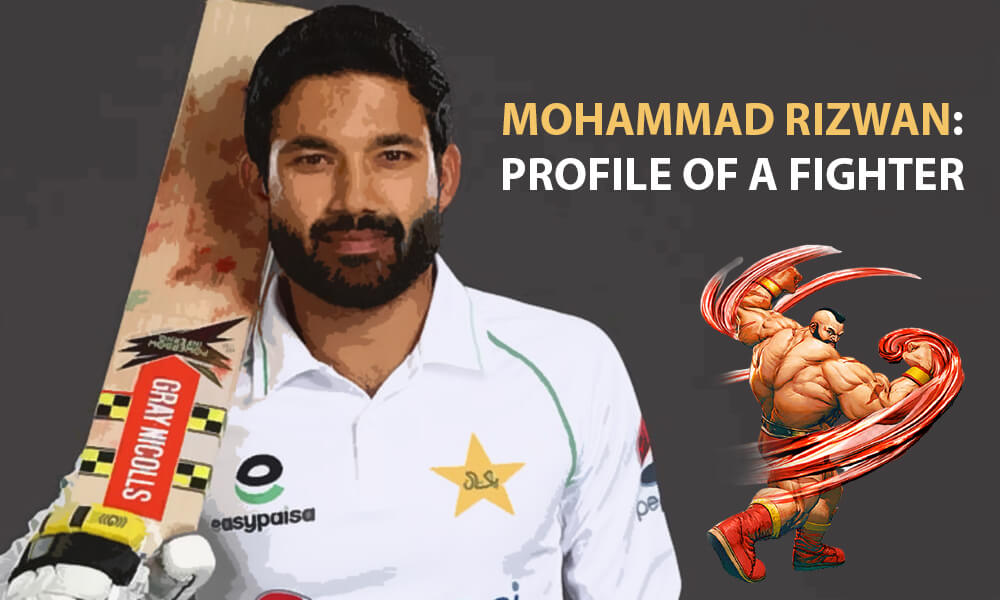 On 11 November, Australia and Pakistan are getting ready to battle it out in the semifinal of the T20 World Cup. Pakistan’s fans heave a collective sigh of disappointment after the team have lost the toss. Now, Pakistan have to bat first and give the dew advantage to Australia whom they have never beaten in an ICC knockout match.

Contrasting Starts by Babar and Rizwan

Babar Azam appears unfazed at the crease as he takes control early in the innings. A cover drive followed by a couple of leg-glances draw applause. But at the other end, Azam’s partner appears completely at sea. Every ball appears to be a wicket-taking ball as the stocky individual plays a few inside edges and looks as though he could get out any time. The contrast between the players at the wicket cannot be starker. While the skipper is timing every ball sweetly, his partner appears to have got out of the wrong side of the bed that morning.

Enter Josh Hazlewood with the ball in the 5th over and the ball is crunched over deep square leg by Babar Azam’s partner after the latter plants his front foot across the stumps. Suddenly the celebrations begin in the stands. People are beginning to wonder — was that really M Rizwan, before the fifth over? But they no longer have any doubt as Rizwan pulls a full toss to the backward square leg fence.

For most of his knock in the semifinal versus Australia, Rizwan appeared to fidget. A few inside edges and a life (after Warner dropped a catch) later, Rizwan began to resemble the batsman Pakistan fans had grown used to through most of 2021.

In fact, in 2021, Rizwan has scored 1033 runs, becoming the first batter to surpass 1,000 runs in a calendar year. When he was finally out for 67 in the match versus Australia, his batting average for 2021 actually declined.

Straight out of hospital to the Dubai International Stadium

Most people knew only after the match that Rizwan had been hospitalised for two days preceding the semifinal with a chest infection. In fact, the Pakistan opener had even reportedly spent a few hours in an intensive care unit. That explained the sluggish start to the innings. The team management included the wicket-keeper-batsman in the playing eleven only after he had consented to play. Forget the fact that the diminutive batsman had to make a huge effort simply to reach the Dubai International Stadium. Thereafter, he batted for over 17 overs and kept wickets for 19. On another day, Rizwan’s exploits with the bat would have tilted the match in his team’s favour.

Rizwan’s runs have been worth the weight of gold for Pakistan. Not only has he scored runs by the truckload, but he has also displayed strength of character in the way he has gone about his business, with unwavering belief in the face of adverse circumstances. Over the last two years, he has proved to be a street fighter, willing to roll up his sleeves and do whatever his team wants him to do. His innings in the semifinal was more proof of that — he was down one moment but could never be kept down for long.