Consistency is highly regarded in any form of cricket. Some players debut well but cannot keep the same pace for long, while others become stars of international cricket and make history. In this article, we will talk about some consistent players in ODI cricket who reached 1000 ODI runs in a minimum number of innings.

The list is dominated by Pakistan players (4) followed by 2 each from the West Indies and England and 1 each from South Africa and the Netherlands. Despite having many batting records to their name, surprisingly, India is not included in the list nor is Australia.

Let’s take a closer look at these players and their achievements.

The Pakistani left-handed opening batsman who debuted in 2017 tops the list of batsmen fastest to 1000 runs in ODI cricket. He is the first of the four batsmen from Pakistan on this list. Fakhar Zaman is also the only Pakistan player to have an ODI double hundred. He has won games single-handedly for Pakistan at times.

Fakhar Zaman completed the feat in just 18 innings in 1 year and 45 days of playing ODI cricket. He reached this feat against Zimbabwe in Bulawayo on 22 June 2018. He scored 85 runs in that match to help Pakistan register a massive 131-run win against Zimbabwe away from home.

The second on the list of the fastest 1000 ODI runs is Imam-ul-Haq. Like Fakhar Zaman, he is also a Pakistani left-handed batsman who opened with Fakhar Zaman in ODIs. Imam’s early career has been similar to that of Fakhar Zaman. They both debuted in 2017, a few months apart, and reached the 1000-run mark in ODIs in a similar number of innings.

It took Imam-ul-Haq one innings more than Fakhar to reach 1000 runs in ODIs. He completed the feat in 19 innings. He did that on 25 January 2019 away from home against South Africa in Centurion. It took him 1 year and 99 days to reach the milestone. What’s more, Imam-ul-Haq scored a century in that match (101 runs) to help Pakistan post 317 while batting first. However, Pakistan lost the match by 17 runs (D/L).

Sir Viv Richards from the West Indies, arguably the greatest batsmen in ODIs, is third on the list of players fastest to 1000 runs in ODIs. Despite making his debut in 1975, when high-scoring ODIs were not as frequent, Viv Richards reached 1000 runs in just 21 innings. He has the earliest debut on this list. Additionally, he scored these runs at a very high strike rate.

Richards reached the feat against England in Sydney on 22 January 1980 in Benson & Hedges World Series Cup. Due to the lack of ODIs in those days, it took him more than 4 years to cross 1000 runs in ODIs. Viv Richards, batting at number 3, scored 65 runs to help the West Indies side complete an easy victory with 8 wickets and 15 balls to spare. 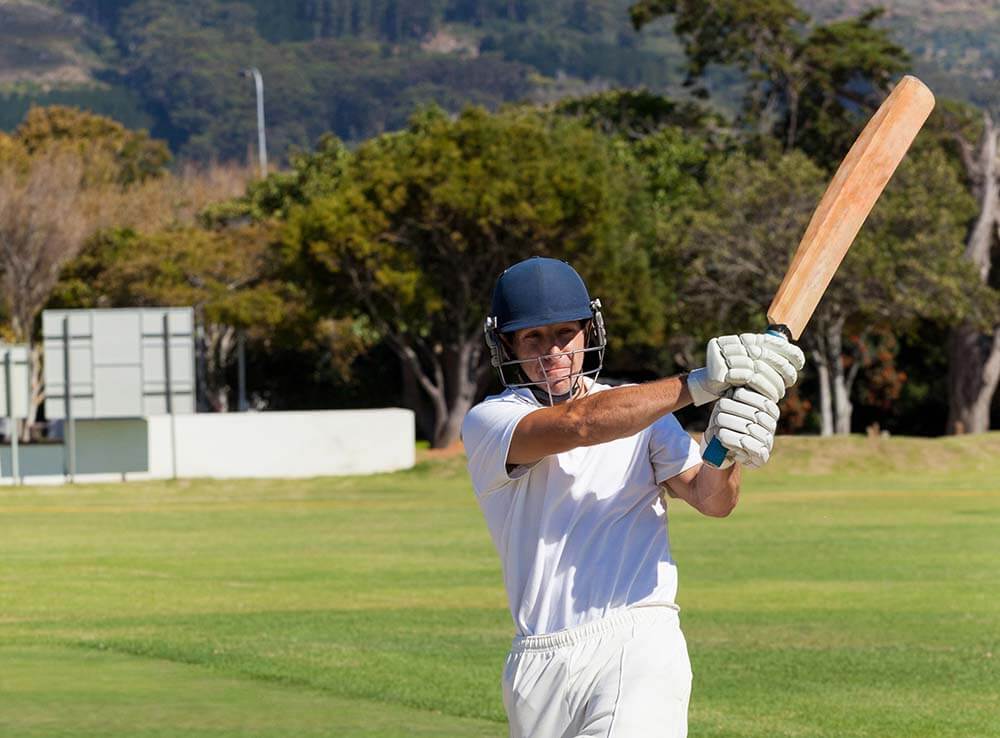 Kevin Pietersen, the South African player who played ODI for England (and ICC),  is next on this list of fastest to 1000 ODI runs. He needed 21 innings (the same number of innings as Richards’s) to reach this feat. He debuted in November 2004 and it took him 1 year and 123 days to reach 1000 runs in ODI cricket.

Pietersen reached the feat on 31 March 2006 against India playing away from home in Faridabad. Pietersen, batting at number 4, became England’s top scorer with 71 runs (in 87 balls) to help them reach a respectable total of 226 batting first. England lost that game as India reached the target with 4 wickets to spare.

Another Englishman and a fine batsman, Jonathan Trott, is next on the list of players fastest to 1000 runs in ODI cricket. Like his fellow Englishman Kevin Pietersen, Trott also completed 1000 runs in ODIs in 21 innings. Trott was a very technical player who was very easy on the eye.

Jonathan Trott made his debut in August 2009 and in 1 year and 187 days he reached 1000 runs in ODI cricket. The occasion was ODI World Cup in 2011 in India and the match was against Ireland held in Bengaluru. Trott became England’s top scorer with run-a-ball 92 to help them post 327 batting first. However, Kevin O’Brien’s record-shattering innings meant that Trott’s special innings went in vain as Ireland reached the target in the last over with 3 wickets to spare.

Another fine left-handed opening batsman, Quinton de Kock, is next on the list as he also completed 1000 ODI runs in 21 innings like the 3 players before him. Quinton de Kock is known for his fast scoring rate and elegant strokes. He debuted in January 2013 and it took him 1 year 212 days to reach the 1000-run milestone in ODI cricket.

De Kock reached this feat in an away match against Zimbabwe played in Bulawayo on 19 August 2014. He scored run-a-ball 38 in a low-scoring encounter opening the batting for South Africa. South Africa posted 257 batting first and eventually won the game by 61 runs.

One of the modern greats and an all-format superstar, Babar Azam, is the next player to have scored the fastest 1000 runs in ODI cricket. He is the fifth player on this list to have achieved this feat in 21 innings. Babar Azam plays in the top order for Pakistan and continues to shine and break records in all formats for his nation.

Babar Azam debuted in May 2015 and a year and 233 days later, he crossed the 1000-run mark in ODI cricket. The match was played away from home against Australia in Perth on 19 January 2017. As has been the norm, he was Pakistan’s top scorer with 84 runs off hundred balls to help them reach a competitive score of 263. However, the Aussies got over the line easily with 7 wickets to spare. 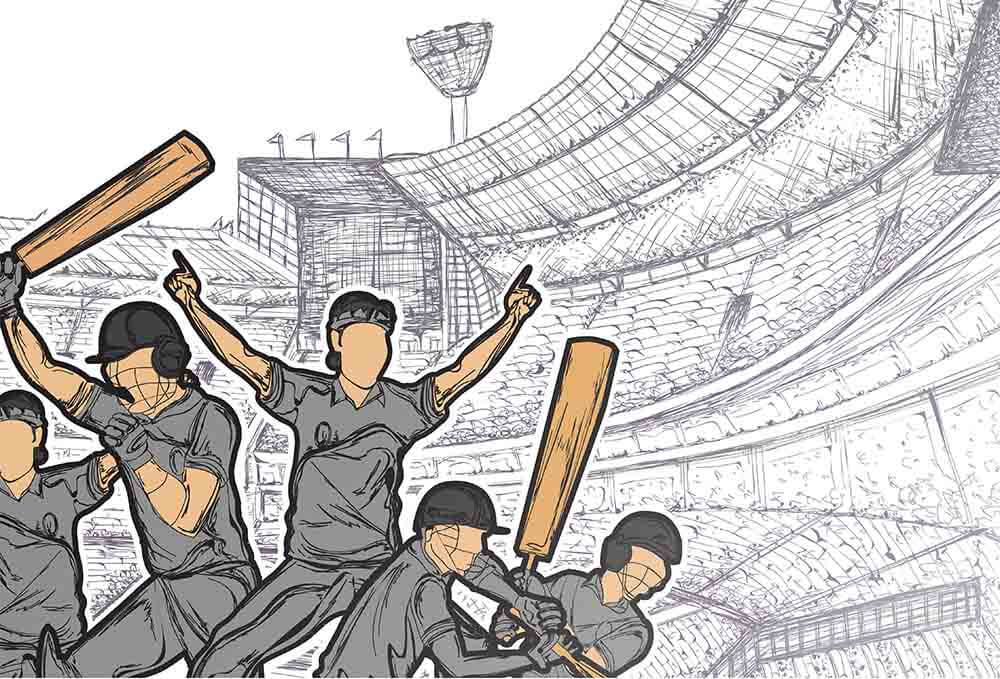 Gordon debuted in June 1975 and it took him 4 years and 352 days to play 23 innings due to the low frequency of ODIs during that time. He completed 1000 runs on 28 May 1980 away from home in Leeds against England. This was just the 89th ODI overall. Having opened the batting, Greenidge was his team’s top scorer as he made 78 runs out of the total of 198 batting first. The West Indies went on to win the match by 24 runs.

Next on the list is an all-rounder from the Netherlands, Ryan ten Doeschate, who like Greenidge before him, completed 1000 runs in ODIs in 23 innings. He is one of the finest players the Netherlands have ever produced in their short history in cricket.

Doeschate debuted for the Netherlands in July 2006 and needed 3 years and 59 days to reach 1000 runs in ODIs in 23 innings. The longer time it took him to reach the landmark shows how rarely the Netherlands played ODI cricket. Ryan Doeschate reached the milestone against Afghanistan in September 2009 at home in Amstelveen. He was the top scorer for the Netherlands in that match by making unbeaten 98 off 133 balls to help them reach 231 batting first. The Netherlands couldn’t defend the total but Ryan’s innings was considered very special.

Azar Ali debuted in 2011 and it took him 4 years and 50 days to reach the 1000-run mark. The longer time taken is indicative of the fact that he has been in and out of the Pakistan ODI team. Azar Ali reached the milestone in July 2015 playing against Sri Lanka in Colombo. He scored 49 in the match which Pakistan won rather easily.

One would say it is a big surprise is to not see an Indian player on the list. Virat Kohli and Shikhar Dhawan have both completed 1000 runs in 24 innings but they are not among the top 10 fastest players to reach 1000 runs in ODIs.