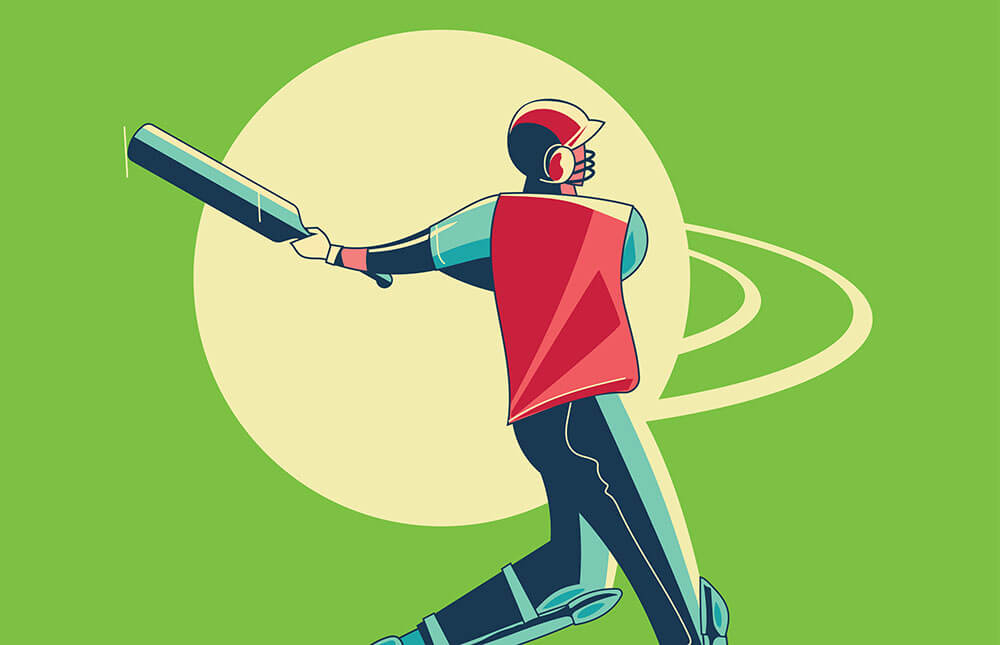 In this article, we predict the Dream11 team for Islamabad United vs Multan Sultans, the PSL 2021 Qualifier to be played at Abu Dhabi’s Sheikh Zayed Stadium on 21 June.

With 470 runs at an average of 52.22 in 10 league matches, Sultans’ skipper M Rizwan has been one of the most consistent batsmen. In fact, based on his form in recent years, he can walk into any T20 team of the world.

United skipper Shadab Khan has chipped in with wickets in virtually every game he has played so far. In the latest match against Sultans, Khan also let his bat speak loudly, top scoring with 35 off 27 balls, with four fours and a six. Hussain Talat who had innings of 22 and 42 versus Zalmi and Kings, respectively, in the first leg, has worked himself into timely form ahead of the play offs, with an innings of 34 against Sultans. In the previous high-scoring game against Zalmi, he returned figures of 2/37; his bowling proved crucial to United’s win in that match.

Hasan Ali has been a consistent wicket taker with 12 wickets in 8 league matches. His United teammate M Wasim has likewise made wicket taking a habit with 11 scalps in 9 games. Dhani has grabbed 20 wickets in 9 PSL matches, making him Sultans’ most valuable bowler. Fawad Ahmed has delivered whenever given an opportunity. With figures of 2/27 and 1/24 in games against Qalandars, Ahmed took 2/25 versus Sultans in the last league game to make it a memorable 2nd leg for the young bowler. Imran Khan has proved to be the surprise packet of PSL 2021 for Sultans delivering on the few occasions he was selected, with 9 wickets in 5 matches at an economy rate of 6.59.

We have handed the captaincy of our dream11 to M Rizwan and the vice-captaincy to Colin Munro.

We have considered the most recent form of the various players involved in the game to devise our dream11. 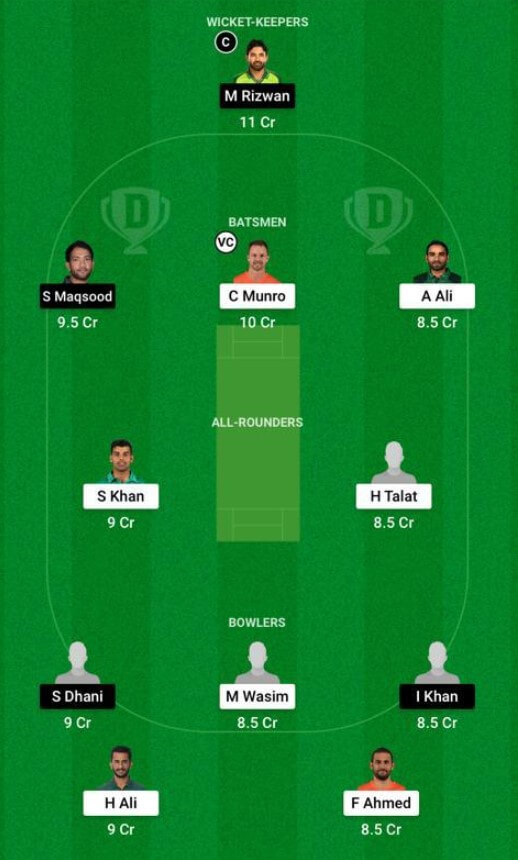