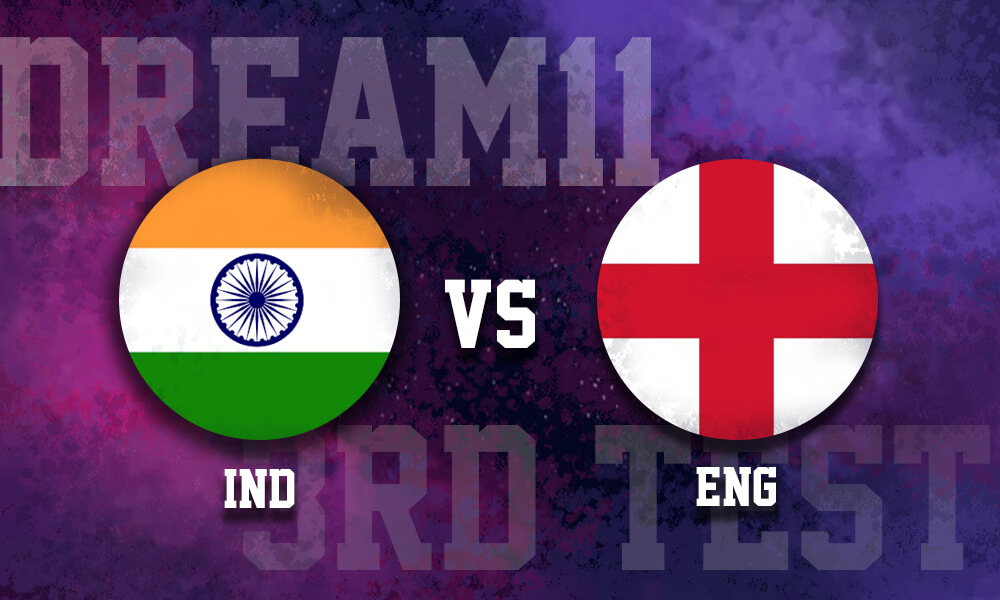 In this article, we preview England vs India, the 3rd test of a five-match series on the India tour of England 2021, to be played at Leeds, from August 25, 2021. We also present our England vs India Dream11 Prediction.

Rishabh Pant has had starts in all his three innings in the first two matches, with scores of 25, 37 and 22. Likewise Jonny Bairstow has had scores of 29, 30, and 57. He has been the most reliable player — next to Joe Root – for England.

After India decided to go with four fast bowlers on wickets that did not aid spin, Jadeja found favour over Ashwin as the spin option, as India wanted to strengthen the batting in the light of the poor form of Pujara, Kohli, and Rahane. Jadeja has justified the decision to select him, with scores of 56 and 40, though he has yet to take a wicket.

Jimmy Anderson has taken nine wickets in the first two matches, including returns of 4/54 and 5/62 to emerge the most effective England bowler. Likewise, Ollie Robinson has returned figures of 5/85, 2/73 and 2/45 justifying the English selectors’ faith in his talent. M Siraj has emerged as a permanent feature of India’s bowling attack in his fledgling career. In the first two matches, Siraj has fetched bowling returns of 1/48 and 4/94 to support the main strike bowlers. Shami has taken 3/28 and 2/95 in addition to contributing with the bat. Likewise, Bumrah has taken 4/46 and 3/33, apart from scoring useful runs.

We have handed the captaincy of our dream11 to Joe Root, and the vice-captaincy to KL Rahul.

We have based our selections on the current form of players as displayed in the first two test matches of the series. 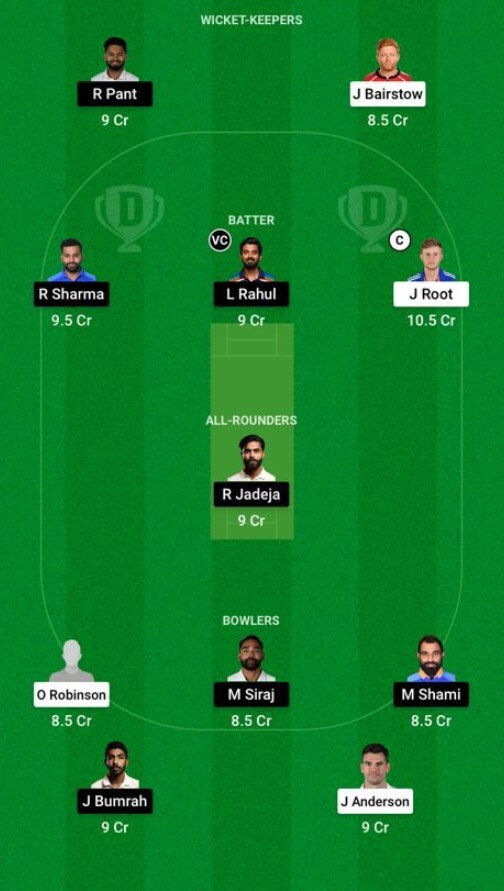