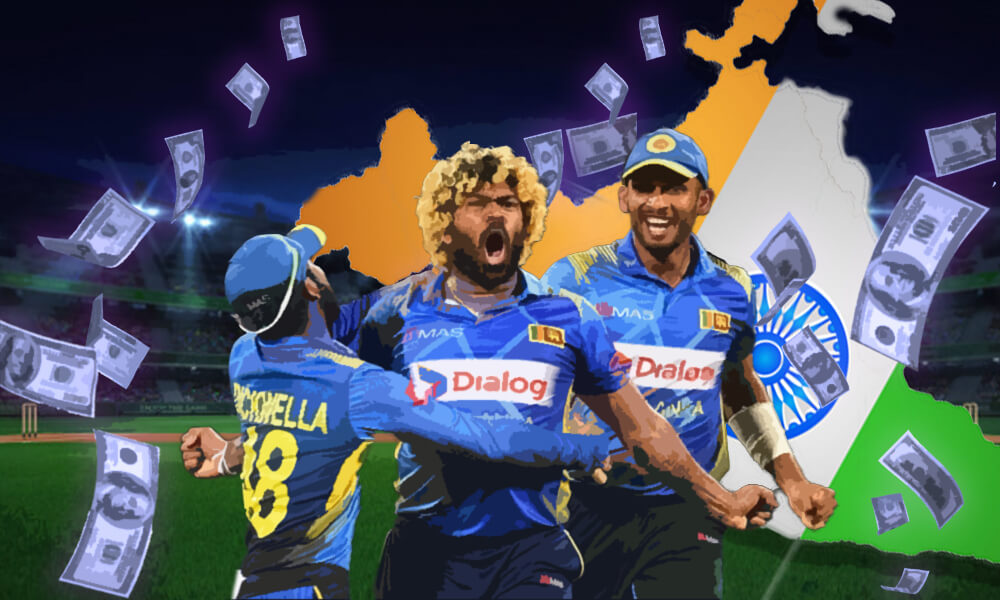 Cricket Sri Lanka earned $14.5 million in revenue thanks to India’s recent tour of Sri Lanka. On the tour, India played three T20Is and three ODIs, all of which were held at Colombo’s R Premadasa stadium.

Tour Was Expanded to Include Three T20 Matches

According to SLC secretary Mohan De Silva, the initial plan was to have just 3 ODIs between the sides, under the aegis of the Future Tours Programme. However, SLC president Shammy Silva persuaded the BCCI to agree to expand the tour, allowing the teams to play 3 T20Is in addition to the ODIs.

“It was made possible because of the relationship we have cultivated with the Indian Cricket Board. We got $14.5 million from broadcasting and other rights like ground, etc.”

BCCI Agreed to Continue Tour After Breach of Bio-bubble

The tour was in danger of being cancelled after many Indian players had been forced to isolate themselves following a breach in the bio-secure bubble. Krunal Pandya became the first victim of COVID-19 and, in keeping with the protocol, eight players who were identified as close contacts with Pandya also had to miss the last two games. Even as there were doubts as to whether the series could be continued, the BCCI and SLC decided to go ahead with it. According to the SLC secretary, the morale of the Sri Lanka team had been boosted by the series. He said that he was thankful to the Indian management as well as the squad for agreeing to continue the tour.

“Even the Indian High Commissioner was concerned and the BCCI. In this context, I would like to extend my heartfelt gratitude on behalf of SLC to the management of the Indian team, Rahul Dravid and the others, and the BCCI who monitored the situation. They wanted certain guidance given by us and the assurances, which we did by moving the patient to another hotel and so on, and we continued with the tour.”

Sri Lanka Regained Confidence After a Bad Tour of England

Sri Lankan cricket had been in a state of disarray before India visited the island nation. Sri Lanka had just returned from a disastrous tour of England in which they had suffered one defeat after the other. On India’s tour of Sri Lanka, after the visitors won the first two T20Is, the rest of the series became a test of character for the host team. Sri Lanka went on to win the last ODI and fought back in the T20 series after losing the first game. They went on to win the series 2-1. De Silva said that Sri Lanka players were helped a lot by the win, though it came against what could be termed an India C team. He hoped that Sri Lanka would do well at the upcoming T20 World Cup later in the year on the back of the confidence they had gained in the series.

“It has helped the players a lot. It has uplifted the morale of the cricketers. The T20I series win against India really bolstered the confidence of the players and we also had a lot of positives. We’ve seen emerging players coming and playing leading roles under a new captain, you could see their body language and self-confidence improving. These are good signs for the upcoming T20 World Cup.”

“I should thank BCCI, under these circumstances they agreed to play. Special thanks to Rahul Dravid and Shikhar Dhawan.”