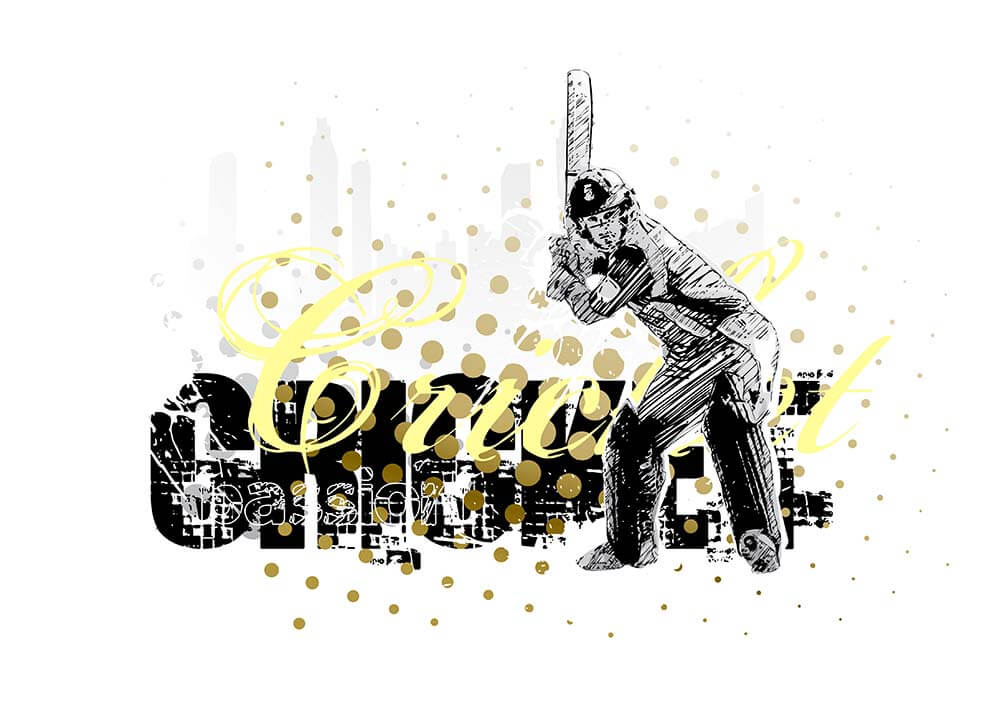 In this article, we preview Karachi Kings vs Lahore Qalandars, match 11 of the Pakistan Super League to be played at Karachi on 28 February 2021. We consider the likely elevens of the two sides and the current form of their respective players before making our predictions about the probable result of the match. 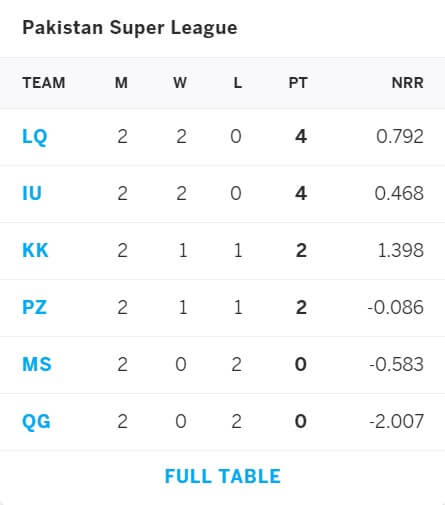 After playing two matches of the current season, Lahore Qalandars are at the top of the points table, while Karachi Kings, who have also played two games, are in third place – see the adjoining points table.

Islamabad United subjected defending champions Karachi Kings to a shock defeat in their last league game on 24 February at Karachi. Batting first, Kings scored 196/3, on the back of opener Sharjeel Khan’s brilliant 105 off 59 balls, with 9 fours and 8 sixes. Khan shared an opening stand of 176 with Babar Azam before Azam was run out. For Islamabad, Hasan Ali (1/36) and Husain Talat (1/25) were the only wicket-takers. When Islamabad batted, there were off to a horrific start, reduced to 2/13 in the 2nd over. But they were rescued by a 62 run-stand for the 3rd wicket between Faheem Ashraf and Alex Hales. Another stand of 94 for the 5th wicket between Iftikhar Ahmad (49) and Husain Talat (42) set United up for an improbable win. When Talat got out, the scoreboard read 176/5 in 17.4 overs. Islamabad got the remaining 21 runs needed, with 5 balls to spare. Among Kings’ bowlers, Imad Wasim, Md Amir, Waqas Maqsood, Arshad Iqbal and Md Nabi got a wicket each.

In their last league game on 22 February, Lahore Qalandars cruised to a 10-wicket win over Quetta Gladiators at Karachi. Batting first, Gladiators scored 178/6. Chris Gayle (68 off 40 balls), Sarfaraz Ahmed (40 off 33) and Md Nawaz (33 off 20) were the main contributors with the bat.  For Qalandars, Haris Rauf (3/38) was the most successful bowler, while Shaheen Afridi, Ahmed Daniyal and Rashid Khan took a wicket each. In reply, Qalandars reached the target with nine wickets and 10 balls to spare. Fakhar Zaman top scored with 82 off 52 balls and shared an unbeaten 2nd wicket stand of 115 with Md Hafeez (73 off 33).

We believe that Lahore Qalandars will beat Karachi Kings on 28 February.

Karachi Kings have established a 7-3 head-to-head advantage over Lahore Qalandars in 11 matches played between the sides. 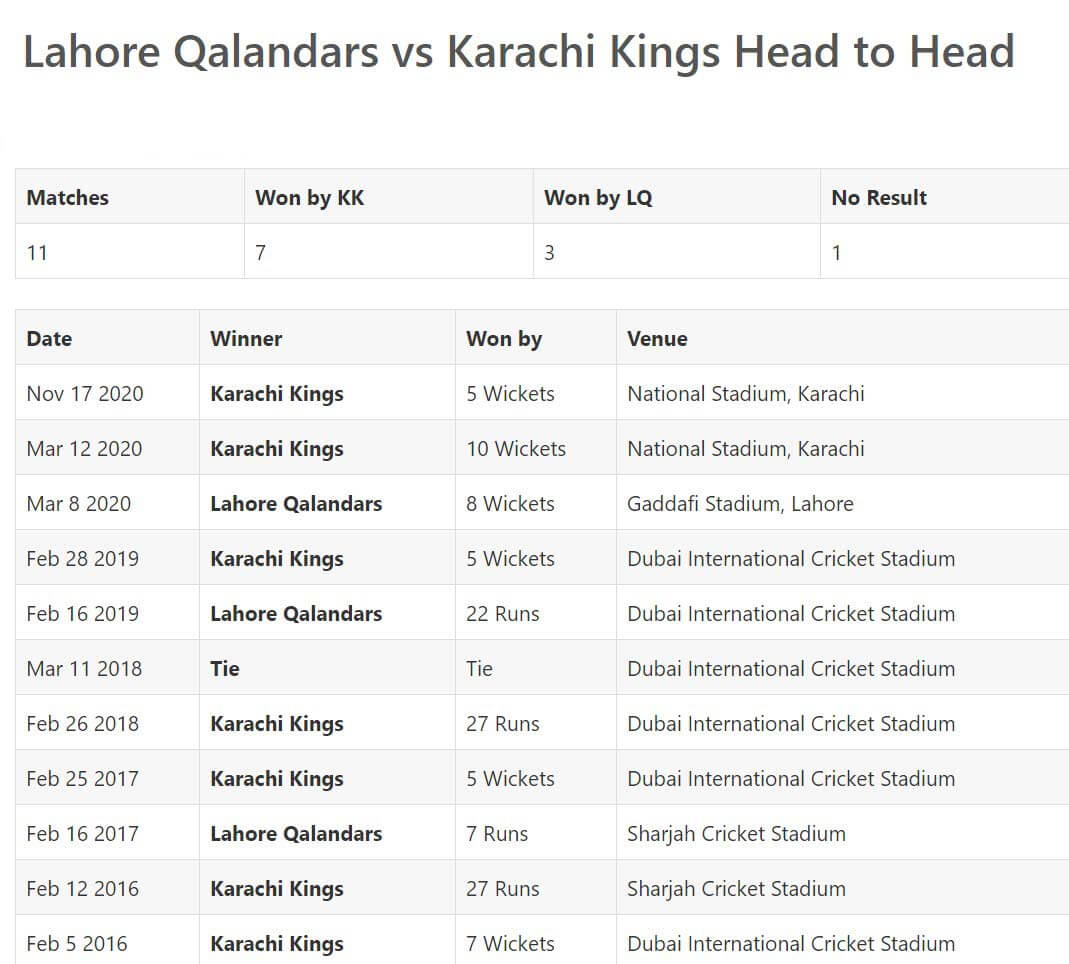 On current form, Lahore Qalandars hold the edge over Karachi Kings. While both teams have formidable batting line ups, Qalandars have a more penetrative bowling attack.