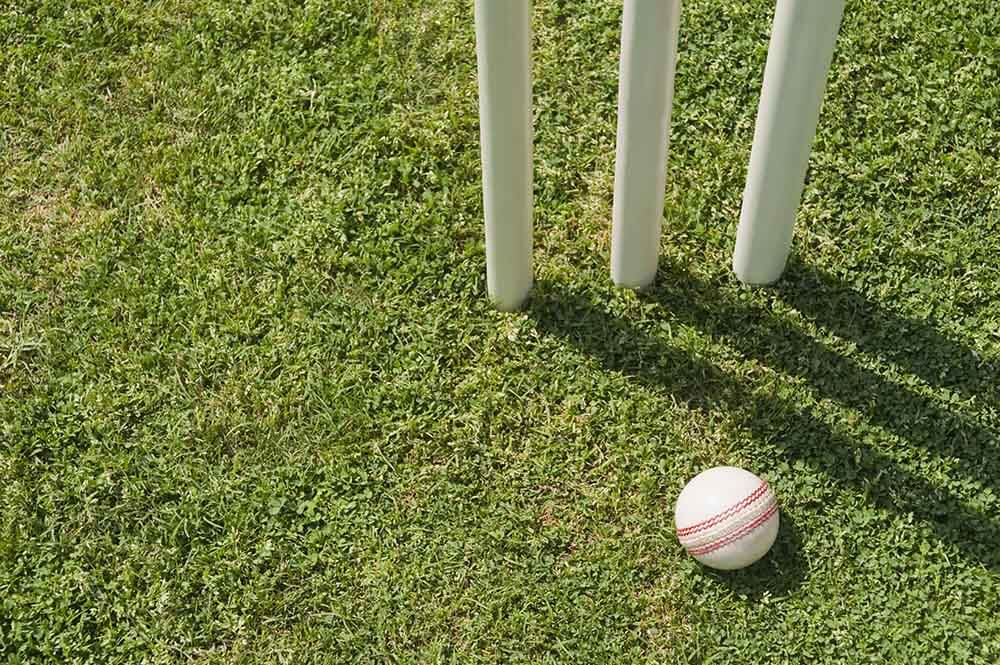 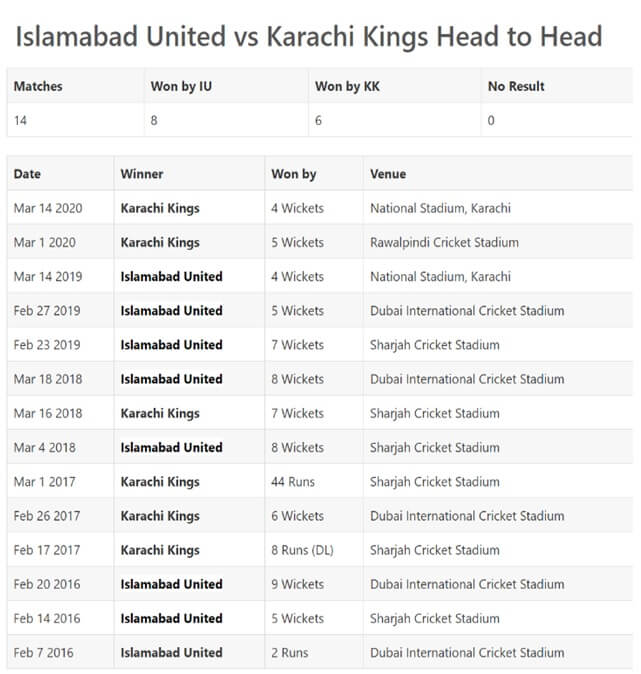 The two sides last met in a league match of Season Five, on 14 March 2020, in Karachi. In that match, Islamabad batted first and were restricted to 136/6 in their allotted overs. They got off to a reasonably good start with a 35-run opening stand before Rizwan Hussain got out in the 5th over after making 17. But regular wickets after ensured that they did not get any momentum to their innings and barring Hussain Talat (37 off 30 balls) and Phil Salt (25 off 19), no other player made even 20 runs. In a team effort by the Karachi bowlers, Umaid Asif, Chris Jordan, Imad Wasim, Arshad Iqbal and Iftikhar Ahmed took a wicket each. Ahmed made the greatest impact, conceding just 12 runs off 3 overs.

Karachi made heavy weather of the target, losing 6 wickets in the bargain. Sharjeel Khan and Babar Azam gave their side a great start with a 60-run opening stand. However, the innings wobbled after both openers were dismissed by the 6th over. When Kings lost their sixth wicket with the scorecard reading 118/6 in 17.4 overs, they needed 19 more runs with 14 balls to go. Chris Jordan and Umaid Asif saw their side home with 4 balls to spare. Shadab Khan was Islamabad’s best bowler, taking 2/28 in his 4 overs, while Md Musa, Zafar Gohar, Akij Javed and Rumman Raees chipped in with a wicket each.

Islamabad United will have the services of Alex Hales in addition to their other imports, Phil Salt and Lewis Gregory. Salt would look to continue the form he displayed in Season Five. Islamabad would also be pleased with the bowling form that Hasan Ali demonstrated in the recent series versus South Africa. However, Karachi Kings are stronger in every department of the game. The addition of Colin Ingram to the squad has bolstered the batting which runs quite deep. Similarly, Kings will only gain from the addition of Md Amir to their bowling ranks. As a unit, Karachi Kings got their act together when they won the title last season. We expect them to continue where they left off.

While Islamabad United have an 8-6 advantage in the head-to-head comparison between the sides (see the table above from sportskeeda), Karachi Kings won their two most recent matches. Bookmakers’ odds make defending champions Karachi Kings favourites to win the match on 24 February. Given the good form of Kings’ main batsmen going into the game, we think the defending champions have the edge against strong rivals Islamabad United.