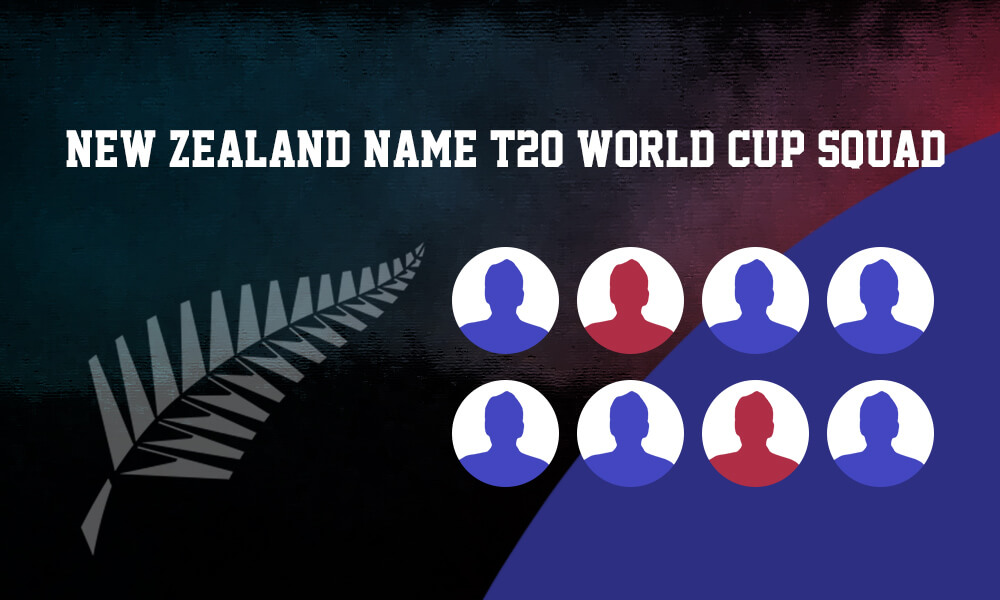 New Zealand Cricket has announced the team for the ICC T20 World Cup to be played in October-November in the UAE. Pacemen Lockie Ferguson and Kylie Jamieson are part of the squad named for the upcoming ICC event. The New Zealand squad for the white-ball series against Pakistan and Bangladesh has also been named. Surprisingly, NZC has left out all-rounder Colin de Grandhomme and the experienced Ross Taylor from the squad for the World Cup.

NZC will be paying greater attention to staff and player welfare to reduce the workloads of the squad during the period leading up to the ICC World Cup. New Zealand are also scheduled to tour India for a Test series though the squad may not be announced for at least a month. New Zealand will leave for Bangladesh on 23 August. The Test tour to India will end just before Christmas.

David White, chief executive of NZC, has been quoted as saying to the media that NZC strategies have changed according to the times with player welfare the priority in the current COVID-19 environment.

“The need to safeguard the well-being of our players and support staff is now very real, and we’ve endeavoured to do this by carefully managing their workloads over this winter’s massive playing programme”

said White in an official release.

The white-ball teams will include 32 players in all with a couple of newcomers in the form of Wellington fast bowler Ben Sears and Canterbury all-rounder Cole McConchie. The team to Bangladesh and Pakistan will be captained by Tom Latham while Kane Williamson will lead the team to the T20 World Cup and the Test squad to India with coach Gary Stead. The T20 World Cup squad will also include Adam Milne as a reserve player who can play in the competition as a replacement for an injured player.

Ross Taylor Only for Test Series to India

Initially, Ross Taylor was included in the squad for the 3-ODI series in Pakistan. However, after considering the length of the quarantine requirements for a brief one-week series, NZC decided to preserve Ross Taylor for the Test series in India.