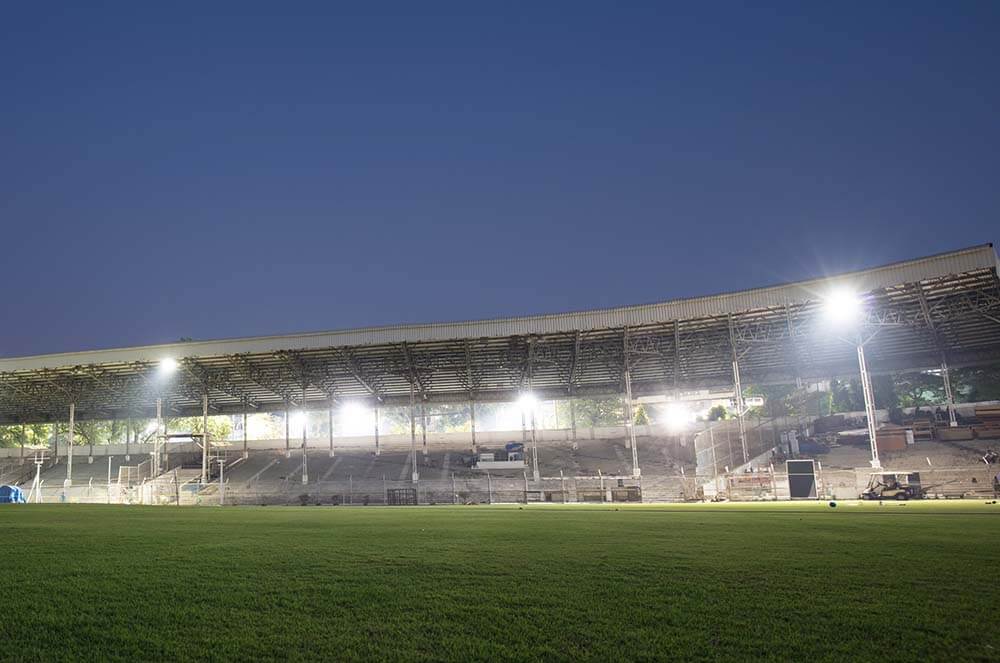 Gladiators and Zalmi are scheduled to meet in match 19 of PSL 2021 at Abu Dhabi’s Sheikh Zayed Stadium on 12 June. This article is intended as a preview of the game with the aim of making a dream11 prediction.

Akmal and S Ahmed fill our wicket keeping slots. Ahmad has been in good form with innings of 54, 81 and 40 against United, Zalmi and Qalandars, respectively. Akmal has had a couple of good starts against Kings and Sultans and is due for a big one.

We have five batting slots to be filled by Du Plessis, Usman Khan, Miller, Rutherford, and Malik. Du Plessis had a few good starts in the first leg of PSL 2021, but his reputation precedes him. He also had a brilliant showing in the first leg of the IPL and Gladiators will expect him to continue in the same vein. In the single innings he has played this season, Usman Khan has scored 81 runs against Sultans to underscore his potential. As an opening batsman he will the opportunity for more. Miller brings his IPL credentials to the table as he attempts to fill the vacuum left by Kohler-Cadmore. Rutherford has scored in most games played, with innings of 46, 36, and 26 versus Kings, Gladiators and Qalandars in the first leg. Malik has also played some useful knocks in the first leg but his impressive knock has been the one in the 2nd leg against Qalandars on 10 June when he scored 73.

Russell had a brilliant showing in the first leg of IPL 2021, and he could prove an adequate replacement for Ben Cutting in the second leg of the PSL.

Md Hasnain, Riaz, and Zahid Mahmood will fill the three bowling slots in our dream11. With six wickets in 5 games of the first leg, Hasnain has proved to be one of the most consistent wicket-takers of PSL 2021. Riaz is a legend whose reputation precedes him. In 4 matches in the 1st leg, he took 8 wickets including 4/17 against Zalmi on 27 February. His 1/31 against Qalandars on 10 June further underscored his wicket taking ability. Zahid Mehmood has been the surprise packet of PSL 2021 with his consistent wicket taking habit.

The captain of our dream11 is Sarfaraz Ahmed, while the vice-captain is Du Plessis.

Our dream11 prediction is based on an analysis of the current form of the teams and their respective players. 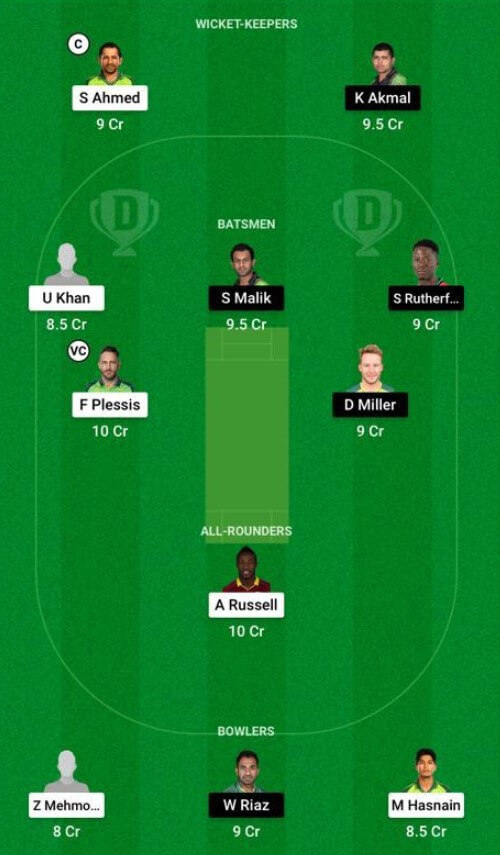