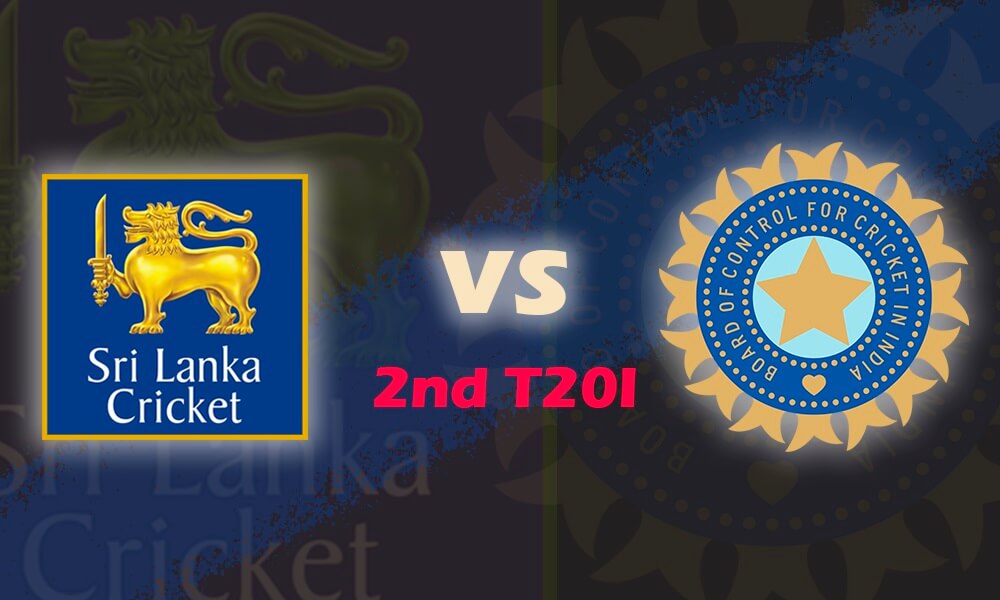 On July 27, 2021, it will be Sri Lanka vs India, the 2nd T20I of a three-game series on the India tour of South Africa scheduled to be played in Colombo. We preview the match and present our Sri Lanka vs India Dream11 Prediction.

Samson is our first-choice wicketkeeper batsman. After missing the first match of the ODI series that preceded this one, Samson was quickly into his stride with an innings of 46 in the 2nd game. In the first T20I, he scored a quickfire 26 in a 50-run opening stand with skipper Dhawan to rescue India after they lost Shaw’s wicket on the 1st ball of the innings. Ishaan Kishan who scored a 50 in his debut ODI, played the role of finisher to perfection with a cameo of 20 off 14 balls in the 1st T20I. Bhanuka has been among the more consistent batsmen for Sri Lanka in the current white ball series. Though he did not score many runs in the 1st T20I, he compensated with a couple of good catches behind the stumps.

Dhawan has led from the front throughout the series. In the 1st T20I, the Indian skipper played a match-winning 46 from 36 balls. Suryakumar Yadav top scored with 50 to stake his claim in the India squad for the T20 world cup later this year. Playing in his first T20I, Asalanka advertised his white ball cricket ability with some clean hitting that got him 44 runs from 26 balls.

Hasaranga has been a reliable player for the new look Sri Lanka team in the past year, coming good with either bat or ball in every match. In the first T20I, the Sri Lankan all-rounder took 2 wickets to help restrict India just as they appeared poised to bat Sri Lanka out of the game.

In the first T20I, Kumar took 4/22 to prove why he is one if the best white ball bowlers in the business. Though the pacer wasn’t at his best in the game, Chahar managed to snare two wickets to underscore his utility to the team. Chahal continued from where he left off in the ODI series to bowl a restricted spell in the 1st match that left Sri Lanka gasping to keep up with the asking rate. Chameera’s impressive bowling in the death overs kept Sri Lanka in the hunt just as India appeared ready to set Sri Lanka a daunting target.

We have made each selection in our SL vs IND Dream11 Team Prediction influenced by performances in previous games of the ongoing white ball series. 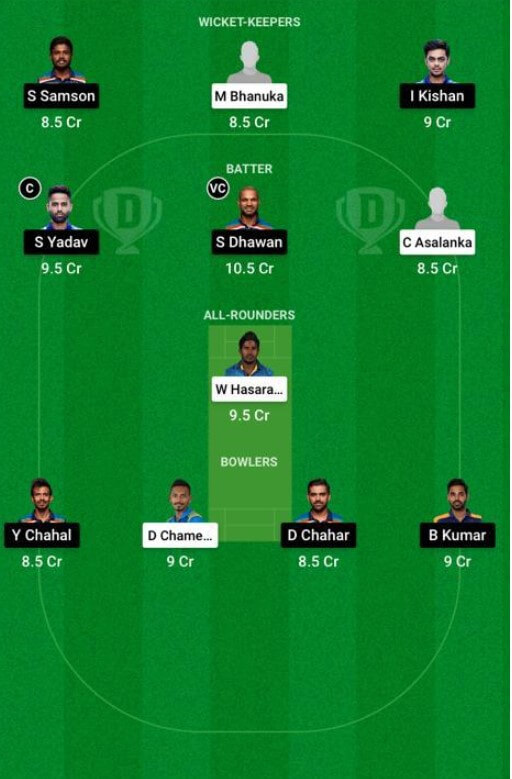