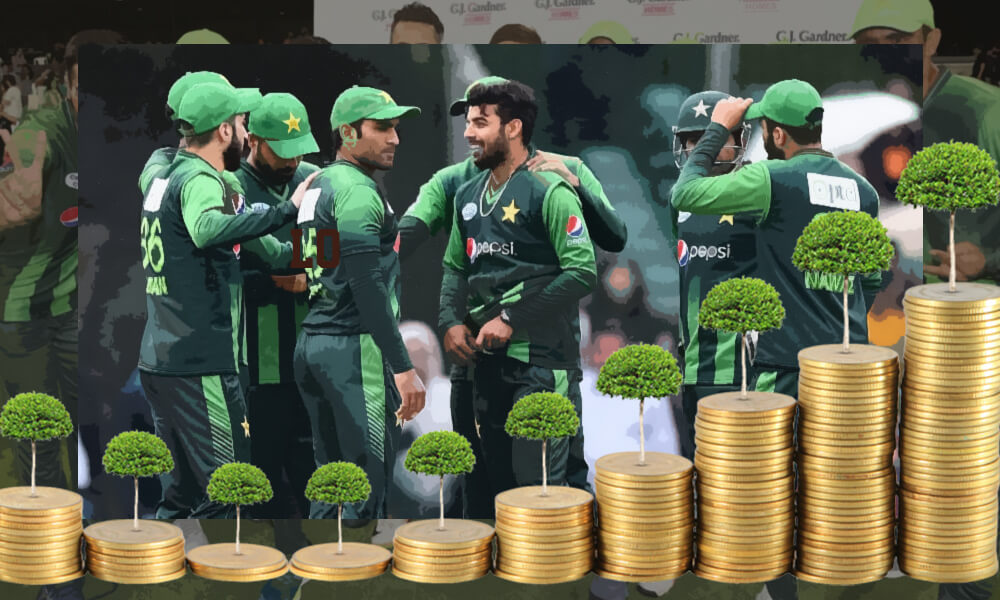 The PCB has reportedly received an appeal from top Pakistan players including Babar Azam, Hasan Ali, Shaheen Afridi and M Rizwan for an increase in match fees. A senior PCB official was asked by the four players to revise their match fees, as reported by a Pakistani website. The PCB recently awarded Grade A contracts to the four cricketers. The four players were reportedly unhappy that the new central contracts did not incorporate a hike in their match fees for Tests, ODIs and T20Is.

In July 2021, twenty Pakistan players, including three emerging players, were named in an announcement by the PCB in a central contract list for the 2021-22 season. The performance-based list included match fees that were the same across all formats and for all categories.

Category A Contracts Given to Afridi, Ali, Rizwan, Azam

The PCB gave category A contracts to Afridi, Hasan Ali, M Rizwan and Babar Azam while relegating some other senior players such as Azhar Ali and Sarfaraz Ahmed to Grade B and Grade C categories. New players Nauman Ali, Mohammad Hasnain and Faheem Ashraf were included in the contracts for 2021-22, while some players such as Imad Wasim, Iftikhar Ahmed, Usman Shinwari and Haris Sohail were omitted. The PCB also did not offer contracts to some veterans such as Wahab Riaz, Shoaib Malik and Muhammad Hafeez. The match fees in B and C categories were raised for Tests, ODIs and T20Is, as the PCB sought to make payments uniform across formats. Meanwhile, the PCB only gave a 25% increase in the retainership percentage of Grade A players, even as it increased Grade B Test match fees by 15%, ODI fees by 20% and T20I fees by 25%. In Grade C, the PCB raised the retainership percentage by 25%, while hiking Test match fees by 34%, ODI fees by 50% and T20I fees by 67%.

The website has reported that an unnamed senior player communicated with Zakir Khan, the PCB Director for International Cricket, demanding a hike in match fees for players in the Grade A category. While Zakir Khan has reportedly not given any assurance that the demand will be met, the said senior cricketer is reportedly confident that the PCB will accede to his request. Meanwhile, the PCB is reported to have said that it had not received any complaints regarding match fees from any player.