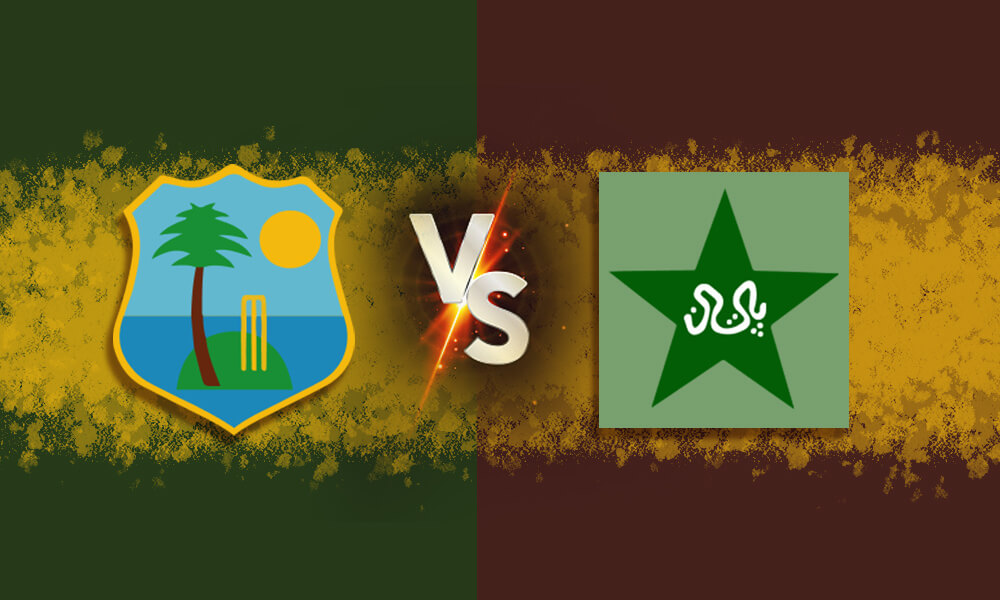 West Indies and Pakistan last met in the third test at Rousseau in May 2017 on the Pakistan tour of West Indies. In the match, Pakistan batted first. After the loss of an early wicket, with the scoreboard reading 19, a century partnership ensued between Azhar Ali and Babar Azam. Building on the platform, Pakistan scored 376 in which Azhar Ali top scored with 127, while Babar Azam, Misbah-ul-Haq, and Sarfaraz Ahmed scored half centuries. For West Indies, Roston Chase (4/103) was the best bowler, while Jason Holder (3/71), Devendra Bishoo (2/61) and Alzarri Joseph (1/64) were the other wicket takers.

When West Indies batted, they did not have any major partnerships and a regular fall of wickets restricted them to 247, conceding a first innings lead of 129 to Pakistan. Roston Chase made 69 to emerge the top scorer, while Brathwaite, Powell, Hope, and Holder made cameos. Mohammad Abbas (5/46) was Pakistan’s best bowler, while Yasir Shah (3/126), Md Aamir (1/32) and Azhar Ali (1/15) were the other wicket taking bowlers.

Pakistan’s batting was not as impressive in the second innings; that said, the visitors were in search of quick runs before a declaration. In the process, they made 174 for eight, in which Yasir Shah with 38 was the highest scorer. For West Indies, Alzarri Joseph (3/53) was the best bowler while Shannon Gabriel (2/24), Devendra Bishoo (2/54), Alzarri Joseph (3/53) and Roston Chase (1/31) were the other wicket-takers.

Set a target of 304 in the fourth innings, West Indies got off to a bad start, losing two wickets for 22. Regular wickets thereafter saw them bowled out for 202, rendering Pakistan the winners by 101 runs. Chase remained not out on 101 to emerge the top scorer. Barring Brathwaite (25) and Holder (22), none of the other batsmen got into double figures. Yasir Shah took 5/92 to emerge Pakistan’s best bowler while Hasan Ali (3/33), Mohd Amir (1/22), and Md Abbas (1/31) were the other wicket takers.

Pakistan have registered a 3-2 h2h advantage over West Indies in the last five test matches between the sides.

In our WI vs PAK Match Prediction, we predict that Pakistan will beat West Indies in the first test at Kingston starting on 12 August.