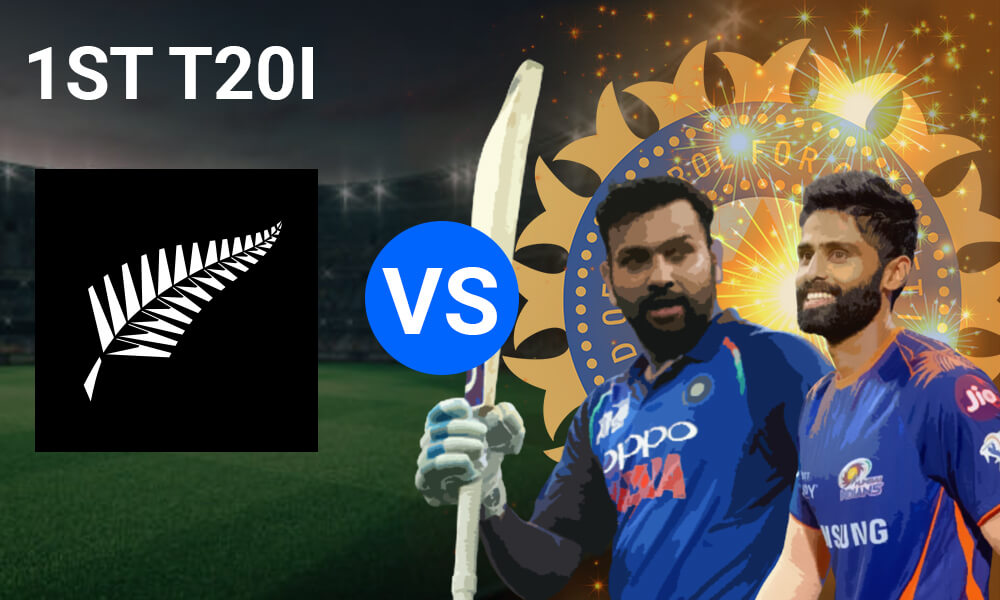 Rohit Sharma knows his pull shots and Bhuvneshwar Kumar takes pride in those classic in-swingers. Both of these came together on one chilly Thursday night in Jaipur. Though the past few months looked a bit rocky for the players, it seems like they have got their groove back as they have hammered the Kiwis out of the park in the first T20 cricket match of the three-game series.

Whenever there is a change in captaincy, the obvious assumption goes that there will be fresh faces and a list of changes. It is also understandable that the recent T20 Cricket World Cup still weighs heavy on the minds of the players. In the middle of it all, there was a change in the regime, but the veterans announced that they will be the ones carrying the team forward in T20 matches for now. New skipper Rohit Sharma led from the front, while Ashwin and Bhuvneshwar supported him wholeheartedly.

Rohit’s 36-ball 48 runs, Bhuvi’s skilful 2/24, and Ashwin’s masterful 2/23 were all the reassurance the Indian cricket fans needed after the immense disappointment at the World Cup. The stage set by the other teammates let Suryakumar Yadav play his brilliant 40-ball 62 runs in the sixth over.

Now, Team India might have played like a dream for 35 overs, but the absence of powerful finishers in the team was quite evident.

It seems the new coach (Rahul Dravid) and the new skipper have a major problem to tackle right from the start.

What’s even more interesting is that the performances were timed perfectly. There was someone to take hold of the reins each time the Kiwis tried to break free – and the bowlers deserve a special mention for this.

T20 World Cup star Daryl Mitchell was knocked out in the first over by Bhuvneshwar’s excellent in-swinger. The Kiwi attack was halted midway when Rohit played his pull shorts against New Zealand’s top bowlers Trent Boult and Tim Southee.

The 109-run partnership between Mark Chapman and Martin Guptill was coming on just fine. Guptill had already dealt with the bowling attack of Axar Patel, Mohammed Siraj, and Deepak Chahar at ease. Chapman shifted to the next level with his 63 runs when Ashwin finally pulled the brakes on his winnings. Eventually, Guptill misread the combined force of Iyer and Chahar and was sent back to the stands.

Ashwin did not stop at that as he went ahead to dismiss Glenn Philips in the same over that he sent Chapman back. Bhuvneshwar finally opened up his bag of bowling tricks to make it difficult for the Kiwi middle order to deal with him. Though the absence of Jimmy Neesham and Kane Williamson affected New Zealand, the senior Indian bowlers had already proven their point in the game.

The players received only a three-day gap after the T20 World Cup as they came into the game. It was meant to be a warm-up round for the teams, and the big players were supposed to be resting. Regardless of that, the skipper and the coach are both happy to see the performance of the veterans.

In fact, they did not even need debutant Iyer too much at the sixth batting position. If nothing else, the recently concluded match has shown that the new kids on the block are far from being ready to take on the top players in the world. Though the coach has to focus on grooming the new players, they will have to make sure that the team’s performance doesn’t suffer in the process.