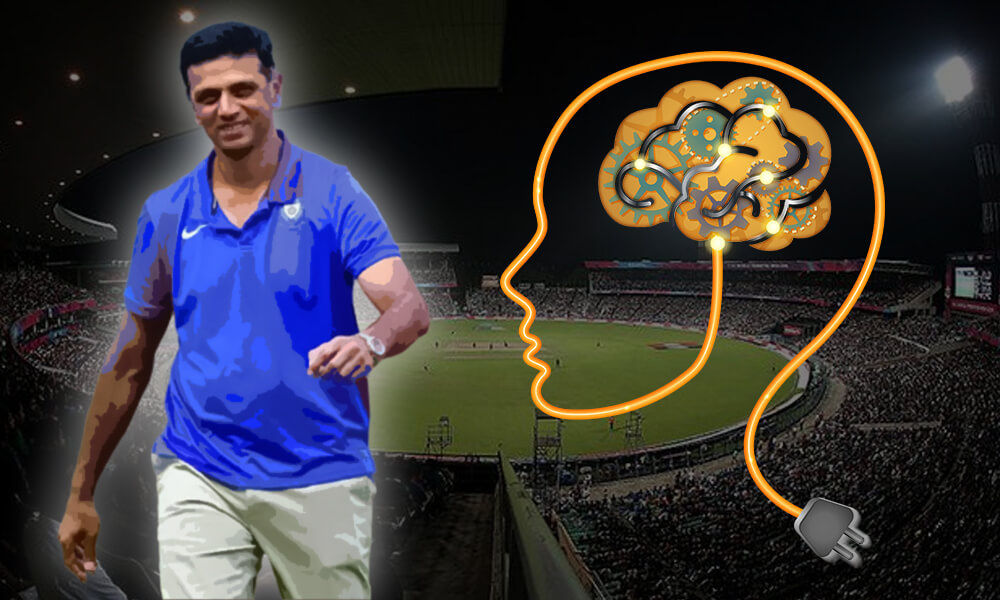 The first half of this year outlined the depth of resources in Team India. The likes of Ishan Kishan, Mohammad Siraj, Washington Sundar, and Rishabh Pant came all guns blazing to play major roles in several tournaments. Interestingly, most of the stars got their training from the curriculum set by Rahul Dravid at the National Cricket Academy. Though it seemed like Team India was on a winning streak, the T20 Cricket World Cup smashed all those beliefs.

And now, Dravid sits at the steering and holds the tough job of bringing the team out of those stormy waters as the head coach.

The Winning Strategy of Dravid – The New Head Coach

Dravid the head coach has almost always been equated with Dravid the cricketer in terms of his unassuming demeanor, work ethic, and understated approach.

After coming back from the first U-19 World Cup as the coach back in 2016, Dravid mentioned that he knew he could not coach the team in the same way as he had been coached. In fact, he felt that the most exciting part was to challenge his own thinking and approach.

A day right after Siraj overthrew England to win the Test this August, the bowling coach of India and the trusted lieutenant of Dravid, Paras Mhambrey, commented on the form of the players. He said that it was highly satisfying to know that the team was on the right path with its process for various players. The coaches wanted them to level up to first-class cricket, get them established, before moving on to international cricket.

Analysing The New Coach and the Revamped Approach

Now, cric-life.com knows that ‘process’ has been a highly overused term in Indian cricket for the longest time. However, we acknowledge the fact that Dravid has been truly working on developing a process to keep that supply line going. It is not only about the understanding, work ethic, and technique of playing the game.

The new regime of the coaches will bring an academic approach to grooming the team. As such, decoding the minds of the cricketers will get as much importance as decoding numbers

In India ‘A,’ U-19, and NCA, the coaches are aimed at educating the cricketers with their statistics and data, along with strength training and conditioning. After all, clarity is really important. Mhambrey mentioned that Dravid used to sit with the players and help them understand why the coaches had decided something for them. He would tell them about their stats. He plans to do the same in the upcoming T20 cricket matches.

Alongside the number of overs or matches a player has played, he also paid equal emphasis to the total balls a batsman played or a bowler bowled in practice. There have been several instances where in-form cricketers have been taken out of games to give them rest.

Mhambrey added that winning the trust of the players was important. So, they focused more on casual conversations where they talked about background and families, along with cricket.

The Transition of Indian Pacers

The plan of action is to ensure the transition of the pacers. As Mhambrey said, it was crucial to assess the duration for which seniors like Shami and Ishant could continue. The younger guys will need some time to gain experience. Shardul and Siraj have received some exposure, according to the bowling coach, but there are still Chahar, Saini, and Avesh. It is important to consider the combinations in each series to ensure the senior guys and young bowlers can play together.

Trust of the Indian All-Rounders

Indian cricket has been on the lookout for quality fast bowler all-rounders ever since Kapil Dev was playing. The fact that Pandya has struggled to evolve has led to a kind of desperation. Mhambrey believes that the search is always going to be on because it is such a sweet spot in terms of “the balance of the team.” Moreover, doing both batting and bowling increases the risk of injuries. So, the coaches need to explain to the players that they will be taken care of.

In the challenging times, Mhambrey and Dravid are all set to challenge the team, and we sure hope the ‘process’ ultimately pays off.