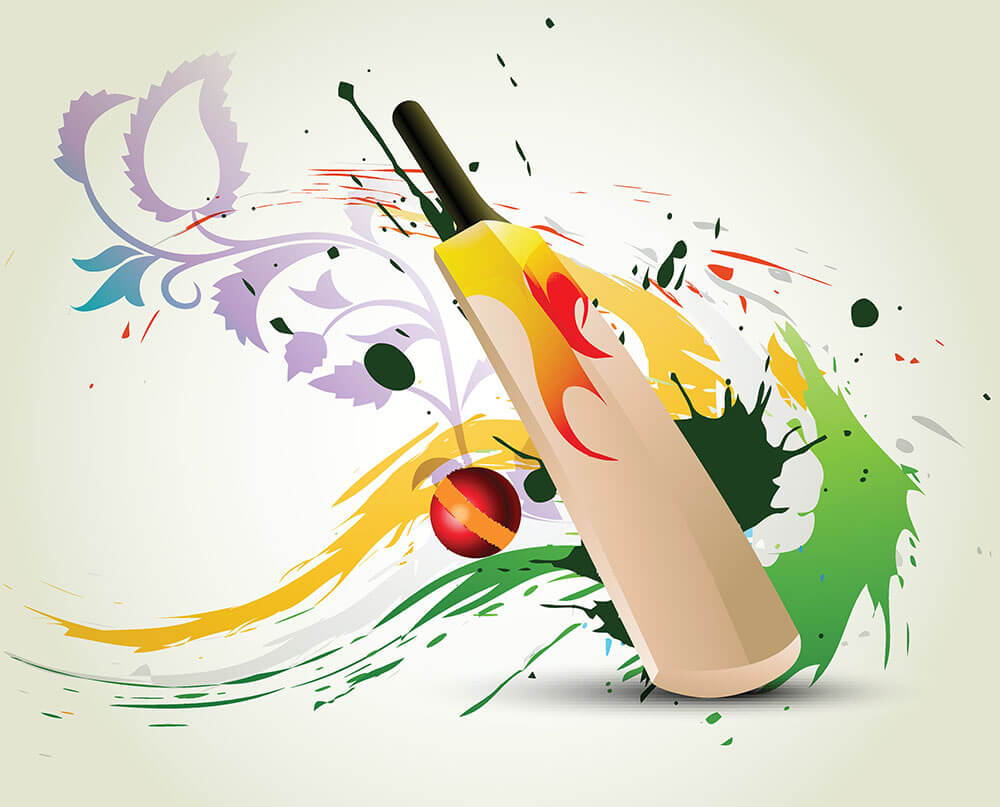 For any cricketer, to play for his country in a Test match is the biggest dream. While some make it, some can’t and very few manage to turn it into something really big, getting all the way to the top. Batting in Test cricket and limited over games (one-day or Twenty-20 matches) are as different as chalk and cheese. In Test cricket, a batsman must possess remarkable technique and temperament to be successful. Hence, many successful One-Day or Twenty-20 batsmen like Yuvraj Singh or Glenn Maxwell failed to replicate their feats in Test matches.

Here is the list of the top 10 batsmen ranked according to their batting averages with each of them having played at least 14 Tests.

Test cricket is a different ball game and people with great performances in Tests are always regarded as great cricketers. Let’s now look at the top 10 Test batsmen in detail.

Considered the greatest batsmen ever in the history of cricket, Sir Donald George Bradman tops the list with 6996 runs scored at an unbelievable average of 99.94. He scored 29 centuries and 13 half-centuries from 80 innings and 52 Test matches.

He was born in New South Wales, Australia, and his career spanned between 1928 and 1948 but his batting average has to date never been broken by any batsman who has played as many Test matches as he did.

His innings of 334 runs in Leeds in 1930 against England is regarded as his most remarkable one. It included 309 in one day. Also known as the run-machine, Bradman was the first-ever batsman to score two triple centuries in Test cricket. He dominated the 1930s and 40s and scored 974 runs in a single Test series that included his 309 runs at Headingley.

Second on the list is Marnus Labuschagne, born in Klerksdorp, South Africa. His family migrated to Australia in 2004 when he was 10. Playing for Australia, Labuschagne made his first-class debut in 2014–15 at the age of 20, while he played his maiden Test match in 2018 against Pakistan.

Labuschagne played 14 Test matches and scored 1459 runs from 23 appearances at an average of 63.43. It includes 4 centuries and 8 half-centuries. His highest individual score is 215 against New Zealand made in Sydney in January this year. Australia won that match by 279 runs. The right-handed batsman is also known for his energetic fielding and part-time leg-break bowling, providing the balance to the team.

In the 2019 Ashes series, Labuschagne became a concussion substitute, replacing Steve Smith on Day 5 of the second Test. It was the first such substitution in a Test match as per new ICC rules. In that series, Labuschagne scored 4 half-centuries and made 48 in the last match at the Oval. Continuing his great form, he smashed 3 consecutive centuries, two against Pakistan and one against New Zealand. It followed two half-centuries, a double century (highest score 215) and another half-century while batting at number 3.

Steven Smith is considered the best Australian batsman after Don Bradman. In 73 matches, he has scored 7227 runs from 131 innings at an average of 62.84, including 26 centuries and 29 half-centuries. His highest individual score is 239 runs against      England scored in 2017 in Perth. His 578-minute-long innings included 30 fours and a six and it helped the side to win the match by a big margin of an innings and 41 runs.

He began his Test career as a leg-spinner and batted at No. 8. Five years down the road, he became the number one Test batsman in the world. He can play every shot included in a cricket book. He plays spin and fast bowling equally well. Smith won the ICC Test Player of the Year in 2017 for amassing 1305 runs in 11 Tests with 6 centuries and 3 half-centuries.

After serving the ban of 12 months that restricted him playing international cricket, Smith scored whopping 774 runs from 8 innings at an average of 110.57 in the Ashes 2019. His 3 centuries in the Ashes also included a double-ton (211 runs).

Adam Charles debuted in Test cricket at the age of 35 against the West Indies in June 2015 and he became the oldest in the history of Test cricket to score a century (130 not out) on debut as well as the oldest player to win a Man of the Match award on Test debut.

He scored 1485 runs at an average of 61.87 in 31 innings from 20 matches. He scored 5 centuries and 4 half-centuries in his short career and his highest individual score was 269 runs against the West Indies.

Voges retired from international cricket in February 2017 but before that, he broke the world record for the highest number of runs (614) without a dismissal during his 239-run innings in the first Test against New Zealand in 2016, having already scored 269* and 106* runs in previous innings. With 614 runs, he beat the previous record set by Sachin Tendulkar (497 runs). For his remarkable performances in the 2015-2016 season (969 runs, 11 innings, average 161.50), he was included in the World Test XI by the ICC.

Robert Graeme Pollock is regarded as the greatest cricketer of South Africa. He made his debut at the age of just 19, while his career ended when he was 26. With an average of 60.9, he scored 2256 runs in 41 innings from 23 Test matches he played between 1963 and 1970.

He made 11 half-centuries and 7 centuries. His career-best performance was 274 runs against Australia in 1970 which was also the highest individual score by any South African batsman at that time. It took nearly 30 years for another South African to break the record when Daryll Cullinan scored 275 not out against New Zealand in 1999.

6 feet and 2 inches tall Pollock had an upright batting stance. He was known for his aggressive batting style. With heavy cricket bats and his power behind the shots, he could score quickly.

Pollock received numerous awards and praises, including South Africa’s Cricketer of the 20th Century in 1999. His name was included in Wisden’s Cricketers of the Year in 1966. In addition, in 2007, he was retrospectively selected as the Wisden Leading Cricketer in the World for 1967 and 1969.

West Indian cricketer George Headley is placed six on our list. A right-handed batsman and leg-breaker, Headley played 22 Tests and scored 2190 runs in 40 innings at an average of 60.83, which included 10 centuries and 5 half-centuries. Out of his 10 centuries, 8 came against England. His career-best score of 270 not out came against England during the 1935 Test series.

Born in 1909, Headley made his Test debut in 1930. He has been considered one of the best batsmen to play for the West Indies and one of the greatest cricketers of all time. He was the first batsman to score a century in each innings of a Test match at Lord’s in 1939. During most of his career, the West Indies had a weak side and hence, relied heavily on Headley’s performance. He was selected as one of the Wisden Cricketers of the Year in 1934.

Seventh on the list is English cricketer Herbert Sutcliffe who made his Test debut in 1924 against South Africa. He was the first cricketer to score 16 centuries in Test cricket.

A right-handed batsman, Sutcliffe scored 4555 runs at an average of 60.73 from 84 innings in 54 Test matches. It included 16 centuries and 23 half-centuries. Sutcliffe set the record for being the fastest in the world to reach the first 1000 Test runs, achieving the feat in 12 innings. Later, it was equalled by Everton Weekes.

Sutcliffe’s defence was immaculate and one rarely could spot a gap between the bat and pad when he executed the forward defence. He was known for his concentration and determination and was perhaps the best batsman to rely on when the batting conditions were adverse. For his remarkable contribution, Herbert Sutcliffe was inducted into the ICC Cricket Hall of Fame in 2009.

Another English player on the list is Edward Paynter, known for his attacking batting and excellent fielding. In 20 matches, 31 innings Paynter scored 1540 runs at an average of 59.23. His career spanned from 1931 to 1939, during which he scored 4 centuries and 7 half-centuries.

The left-handed batsman scored 591 runs from 7 Tests played against Australia with an outstanding average of 84.42, the highest by an Englishman against the Australian side in Tests.

In the 1938 Test series against Australia, Paynter batted exceptionally well to score at an average of 101.75. During that series, he also hit his first double-ton (216 not out) in Nottingham, which was a record score made by an English batsman in the Ashes in England at that time. His highest score of 243 came in Durban in the 1939 Test series against South Africa. In that series, he smashed 3 centuries and two half-centuries at an 80-plus average. The Second World War brought an abrupt end to his international career.

Kenneth Barrington is the third Englishman on this list. He had his ups and downs during his long career but his overall performance was remarkable. In  82 matches, 131 innings, he amassed 6806 runs at an average of 58.67. He scored 20 centuries and 35 half-centuries, remaining unbeaten in 15 innings.

He was an exceptional player while playing away. On foreign fields, his Test average was 69.18. In addition to that, 14 out of his 20 centuries were scored in away matches. He had a noteworthy record of facing the highest number of balls (624), batting at number four.

The performance of the right-handed batsman and occasional leg-spin bowler can be gauged from the fact that only two players in the history of Test cricket – Don Bradman and Steven Smith – scored more runs than Barrington, at a higher average. Originally, Barrington was a natural attacker but he changed his style and became a defensive player.

Ken Barrington became one of the backbones of the English side in the 1960s. His innings of 256 at Old Trafford in 1964 has remained the third-highest score for England against Australia and the highest since the Second World War.

The last on the list but certainly not the least is another West Indian, Sir Everton DeCourcy Weekes, known for his aggressive style. A right-handed batsman, Weekes was indeed considered one of the hardest hitters in world cricket at that time. He had a classic batting style and could play a range of shots on both sides of the wicket. He had the knack for keeping the scoreboard moving. Moreover, he had the ability to pick the length early and hence, he always had more than one option to play any delivery.