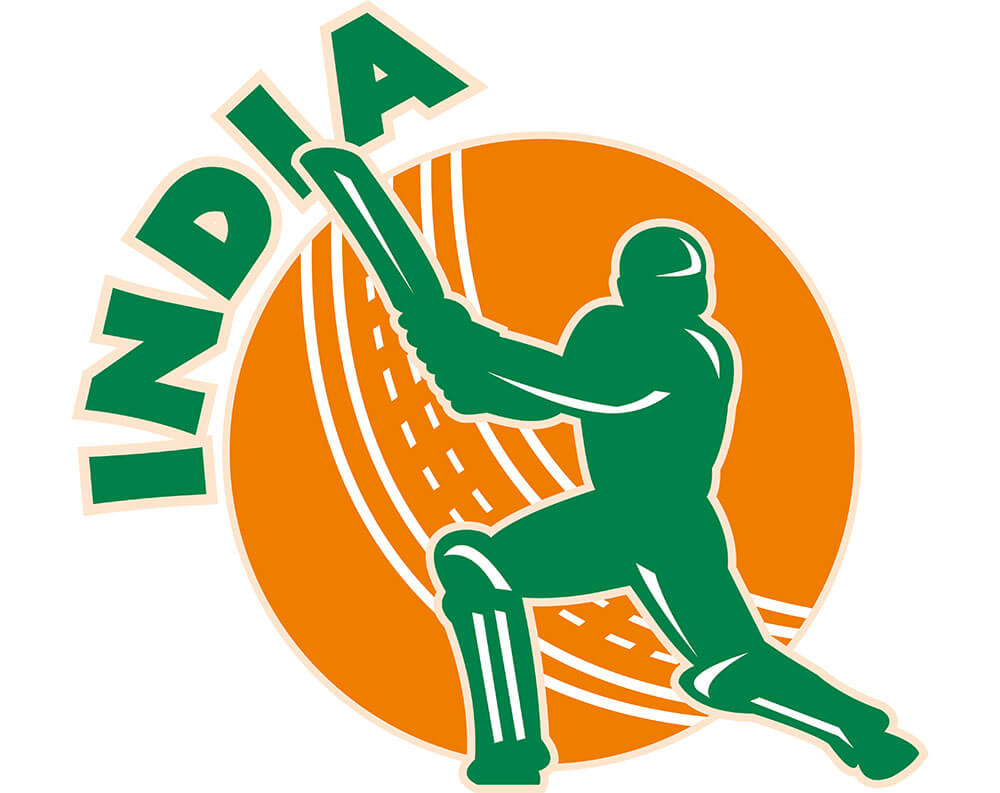 The IPL, also knows as the Indian Premier League, is a professional Twenty20 cricket league in India. It is one of the most successful T20 cricket leagues across the globe. In the IPL, the Purple Cap is awarded to a player who takes the most number of wickets in an IPL season. In the history of the IPL, Sohail Tanvir was a Purple cap winner in the league’s inaugural season. Only the Windies all-rounder Dwayne Bravo and Indian pacer Bhuvneshwar Kumar managed to win the Purple Cap twice. CSK spin bowler Imran Tahir was awarded the Purple Cap in the IPL 2019.

In this article, we are going to talk about the Top-12 bowlers in the IPL 2019. The list contains 4 bowlers from CSK, 2 each from MI and SRH and 1 each from RR, DC, KXIP and RCB. Let’s begin the article with Imran Tahir, the Purple Cap owner of the last season.

Imran Tahi, a skillful South African spinner, was a part of the 2019 IPL runner-up team Chennai Super Kings (CSK). He bowled outstandingly throughout the 2019 season and has contributed profoundly to the success of CSK in the IPL 2019. Imran Tahir won the Purple Cap in the IPL 2019 by picking 26 wickets from 17 matches at a remarkable economy of 6.69.

Imran Tahir is only a second spinner to win a Purple Cap in the history of IPL. His best bowling figures of 4 for 12 came against Delhi Capitals. Tahir bagged 23 wickets in middle overs, the most by a bowler in the IPL 2019. A player with great bowling skills able to bowl effectively at any stage of an innings, he delivered every time CSK needed a wicket or needed to stem the flow of runs.

Kagiso Rabada, a lethal pacer from Africa, led the Delhi Capitals’ (DC) bowling attack brilliantly in the last year’s IPL. Rabada was the second-best IPL 2019 bowler, picking up 25 wickets, just 1 wicket lesser than Imran Tahir at the top, from just 12 games played last year. Notably, he bowled with the best average of 14.72 and a great strike rate of 11.2.

Rabada’s key weapons were the yorker and slower balls. He bowled with great accuracy in death overs and was a go-to bowler in any conditions. The speedster got a four-wicket haul each against Royal Challengers Bangalore (RCB) and Sunrises Hyderabad (SRH). Rabada is among the pace bowlers who can consistently bowl with a speed of 145 kph and he made good use of it in the IPL 2019.

Deepak Chahar, an exciting, young and talented bowler from India, made his mark on the IPL by his outstanding bowling demonstrated in the league’s 2019 season. He was the leading pacer in CSK’s bowling unit and played his role to perfection. By the end of the IPL, he had the third-highest number of wickets in the season. Chahar picked 22 wickets from 17 games last year with an economy rate of 7.47. He was the only bowler who bowled 2 or more maiden overs in the 2019 season. Deepak Chahar can swing the bowl both ways and, hence, opposing teams find it very difficult to score freely off his bowling. Thus, he bowls at the beginning of an innings when the ball is new and swings better.

Shreyas Gopal is an outstanding leg-spinner from the Indian domestic cricket team and has played for the Rajasthan Royals (RR) franchise in the IPL 2019. Despite being a player with no international cricket experience, he was one of the best spinners last year and certainly attracted the Indian national selectors’ attention. Shreyas Gopal was the fourth-best bowler and second-best spinner in the IPL 2019 as he bagged 20 wickets from just 14 games at an economy of 7.22. The 3 for 12 was his best bowling spell and that came against batting-heavy RCB. He also made a hat trick in the last season.

Khaleel Ahmed, a left-handed Indian pacer, played for Sunrises Hyderabad in the IPL 2019. Despite the failure of SRH’s key bowler B Kumar, K Ahmed led the pace attack stupendously and provided a crucial breakthrough for his side. Khaleel Ahmed picked 19 wickets from 9 games last season with an economy of 8.23. He was the fifth-best bowler in the IPL 2019. He possesses plenty of varieties in his bowling which is crucial to gain success in the shorter format of the game.

Mohammed Shami had his best IPL season with Kings XI Punjab in 2019. He was tied with Khaleel Ahmed with 19 wickets from 14 games. Lately, M Shami has been a key pace bowler in the Indian national team and has performed without fail at the international level. He applied all his experience gathered at the international level and skills in the last IPL season to be among the best ones in the 2019 IPL. Mohammed Shami likes to hit the stump at full pace and has clean bowled many batsmen with his stump-to-stump-line accuracy. He is equally very skillful in bowling knuckles and slower balls to deceive batsmen.

Jasprit Bumrah is arguably one of the best fast bowlers in all formats of the game. He has been a part of the most successful IPL franchise and the 2019 champion team, Mumbai Indians. He has already made a mark on international cricket and the IPL with his exceptional bowling. In the IPL 2019, Bumrah had 19 wickets from 16 games at an economy of 6.63. His economy proves that batsmen struggle to score against this premier bowler. He is a key asset for any team. His unorthodox bowling action, bowling pace and accuracy have been too much to deal with for any opposition. His wicket-taking ability and great bowling discipline make him a great bowler.

Yuzvendra Chahal has been one of the most courageous and skillful bowlers in the IPL. He has been a part of Royal Challengers Bangalore (RCB) since the last few seasons. He picked 18 wickets from 14 games in the 2019 IPL. Despite playing at the RCB home ground where boundaries are smaller, Chahal bowled courageously with an economy of just 7.82. He has also bowled on many occasions in the powerplay to control the flow of runs and picked crucial wickets. He has been a savior for RCB in many close matches. The 4 for 38 was his best bowling spell in the last season.

Rashid Khan, the Afghanistan skipper and ICC top-ranked T20 bowler, has been playing for Sunrises Hyderabad (SRH) since his IPL debut in 2017. Rashid Khan’s remarkable bowling skills make him the biggest bowling threat for any opponent. The opposing team looks to just get through his over without taking any additional scoring risks. In the IPL 2019, Rashid Khan bagged 17 wickets from 15 games at an economy of only 6.28. His bowling economy is currently one of the best in world cricket. He is someone who usually does not go wicketless in any game. He is very swift in fielding and can smash a bowl down the order.

Harbhajan Singh, India’s former off-spinner, is one of the few bowlers playing in the IPL since its inaugural season. He has consistently performed over the years for different franchises. Similarly, the IPL 2019 was a not dull moment for him as he picked 16 wickets from 11 games at an economy of 7.09. He is a conventional off-spinner with plenty of experience of playing at both international and domestic levels. Notably, Harbhajan Singh is the third-highest leading wicket-taker in the history of the IPL with 150 wickets from 160 games.

Sri Lankan bowling great Lasith Malinga has been the core of four-time-champion team Mumbai Indians (MI). Besides, he is associated with Mumbai Indians since the league’s inaugural season. The speedster has won many games for his team in the IPL history. He always finds a way to take wickets. In the IPL 2019, Malinga picked 16 wickets from 12 games. He has proved regularly why he is considered the best in this business.

Despite going for runs in the final of the last season, MI skipper Rohit Sharma handed the bowl to his most experienced bowler and Lasith Malinga did it again: he defended 9 runs to get his team to their 4th IPL title.  He is a very effective bowler in the powerplay as well as in death overs. He has one of the best yorkers in the cricketing world. Malinga is a leading wicket-taker in the IPL with 170 wickets from 122 games at the best strike rate of 16.62.

Ravindra Jadeja is a very good all-rounder and he has been playing in all formats of the game as a part of India’s national team. In the IPL, he has been a key member of Chennai Super Kings (CSK) since the last few seasons and has contributed greatly with both bat and ball. The left-arm spinner picked 15 wickets from 16 games at an exceptional economy of 6.35. The 3 for 9 was his best bowling spell in the last season. He was placed twelfth in the leading wicket-takers’ list of the IPL 2019.