Rajasthan Royals in the IPL: History and 2020 Team 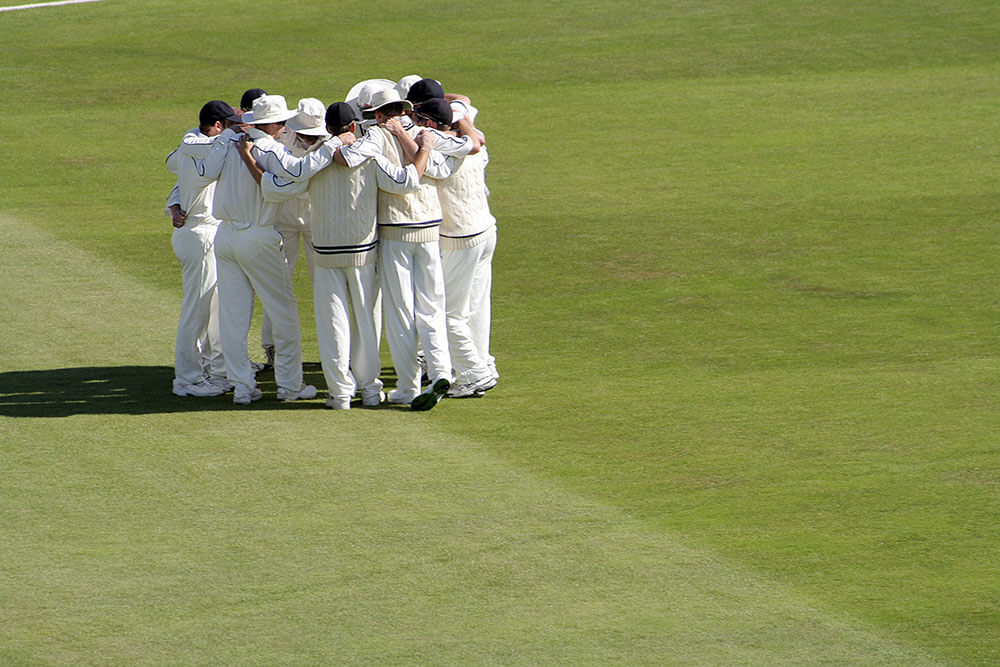 The Rajasthan Royals (RR for short) are a franchise team in the IPL (Indian Premier League) which is based in Jaipur and plays at the Sawai Mansingh Stadium located there. RR is considered by many pundits as the IPL’s “moneyball” team. It has unearthed a lot of obscure yet top-performing players and has been involved in several scandals and controversies.

RR won the IPL’s maiden edition in 2008 under Shane Warne’s captaincy despite being regarded as an underdog of the tournament. They lost in the final in the 2013 Champions League T20 Tournament under Rahul Dravid. In July 2015, the Indian Supreme Court suspended Chennai Super Kings and Rajasthan Royals for two years for their involvement in a betting scandal in 2013 and the two teams did not participate in the 2016 and 2017 IPL editions.

Ajinkya Rahane is the leading run-scorer for RR with 2,705 runs and Shane Watson is the team’s highest wicket-taker with 67.

The Board of Control for Cricket in India (BCCI) established the IPL T20 league in 2007 and its first season took place in 2008. The RR franchise was one of the initial eight teams that took part in the maiden season. It was bought by Emerging Media company for $67 million which was the cheapest price for any franchise in the IPL.

Currently, the franchise is owned by Manoj Badale and its co-investors include Suresh Chellaram, Aditya S Chellaram and Lachlan Murdoch. The group bought the franchise for around $67 million. Controversies about the franchise’s ownership led to its expulsion from the IPL in 2010. In 2009, this franchise made a pre-tax profit of around $7.5 million.

In 2010, the Indian Cricket Board decided to remove Rajasthan Royals and Kings XI Punjab from the IPL. RR skipper Shane Warne was baffled by the decision and suspected foul play and ulterior motives on the part of the BCCI. RR appealed against the expulsion and both parties pursued the case in Mumbai High Court. Later on, Rajasthan Royals was allowed to participate in the player auction and the BCCI decided to drop the legal charges against Kings XI Punjab and RR as it suffered considerable damage to its reputation and losses caused by the legal costs. Both teams were allowed to stay in the IPL.

In 2015, RR was banned by the Lodha Committee after being involved in a scandal. The franchise was found to have made fictitious and inappropriate bids, violating the norms of the BCCI. The team had only two shareholders, a fact which was not known to the cricket board. The two settled out of court. The BCCI banned RR for two years in 2015 and also banned Raj Kundra, its owner, for life.

Before the maiden IPL season, most people thought Royals were the weakest squad in the tournament and had little hope of doing well. The team lost their first game which was against Delhi Daredevils.

However, they won their first home match against Kings XI Punjab by six wickets. Shane Watson cracked 76 in 49 balls to lead the triumphant run chase. Next, RR prevailed over Deccan Chargers by three wickets achieved by Yusuf Pathan’s 2/20 in four overs and 61 off 28 balls. RR won their next match, which was played against Kolkata Knight Riders, by 45 runs lead by Swapnil Asnodkar’s 34-ball 60.

RR won five matches consecutively to become the first team to qualify for the semifinals. In the final, they defeated Chennai Super Kings by three wickets in June 2008. Shane Watson received the Player of the Tournament award for his all-round achievements of 17 wickets and 472 runs.

Each RR team representative and player was given a medal. The entire team received prize money of US$1.2 million for their title triumph. Yusuf Pathan won the Player of the Match award in the final. Pakistan’s Sohail Tanvir claimed the Purple Cap for taking the most number of wickets among all teams.

RR qualified for the playoffs in the 2013 IPL season by finishing third in the group stage. Having achieved that, they gained a spot in the 2013 Champions League Tournament. In the playoffs, RR won the eliminator held against Sunrisers Hyderabad but lost the second qualifier against Mumbai Indians to exit from the competition. Shane Watson was named the Player of the Tournament.

Initially, the RR’s team anthem was ‘Halla Bol’ sung by Ila Arun in the maiden season. The next season, it was Sunidhi Chauhan who sang it. Their latest anthem has been ‘Phir Halla Bol’, introduced in 2018. RR’s team mascot is a lion called Moochu Singh.

Team of Rajasthan Royals in the IPL 2020

Australia’s Steve Smith is the captain of the RR franchise for the 2020 season and its coach is Andrew McDonald. It will be the team’s 11th IPL season. For the 2020 season, RR retained 11 cricketers and released 11 players. The retained players are Steve Smith, Jofra Archer, Sanju Samson, Jos Buttler, Ben Stokes, Shashank Singh, Riyan Parag, Mahipal Lomror, Shreyas Gopal, Manan Vohra and Varun Aaron.

England pace bowler Jofra Archers was dropped out of IPL 2020 because of a stress fracture of his elbow. The IPL 2020 has been postponed from April to September because of the COVID-19 pandemic. This year’s edition will take place in the UAE.