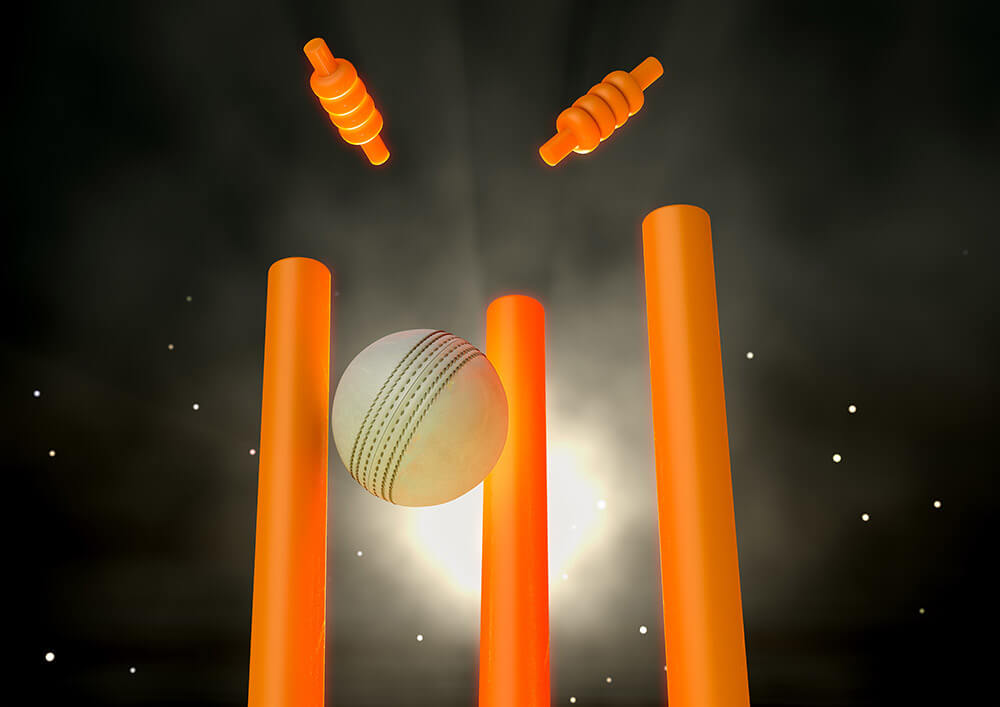 The year 2013 was the inaugural year for Sunrisers Hyderabad who did creditably, winning 10 out of 16 league games to finish fourth in the league’s table. However, they were knocked out of the tournament in the eliminator with Rajasthan Royals after Royals had beat them by 4 wickets.

In the 2014 season, Sunrisers registered 6 wins and 8 losses to finish sixth, failing to reach the playoffs. In 2015, Sunrisers won 7 of their 14 league games yet failed to reach the playoffs. As luck would have it, three other teams also won 7 matches each but what really ruined the show for Sunrisers were some rained out matches that caused points to be split among the teams involved. While Sunrisers had 14 points from 7 wins and 7 losses, RCB and Rajasthan Royals had 16 points from 7 wins and two abandoned games that earned them a point each. Kolkata Knight Riders who finished a point ahead of Sunrisers had 7 wins and one abandoned game. Thus, Sunrisers had to make a sad exit from the competition after failing to make it to the playoffs.

In 2016, Sunrisers finished third, ahead of Kolkata Knight Riders. In the eliminator, they prevailed over the Kolkata team by 22 runs and qualified to try for a place in the final by playing against Gujarat Lions who had earlier lost in the qualifier to Royal Challengers Bangalore. Sunrisers beat Gujarat Lions by 4 wickets to proceed to the final. In the final, they beat RCB to emerge champions.

In the final, Sunrisers batted first and posted a daunting score of 208/7. After a quick-fire opening stand of 63, Dhawan fell in the seventh over for 28 runs off 25 balls. However, despite the early loss of Moises Henriques in the 10th over, Warner continued to dominate the RCB bowlers. When Warner got out in the 14th over for a brilliant 69 off 38 balls, including 8 fours and 3 sixes, SH were 125 for 3 with a perfect platform to launch a huge score. Ben Cutting played a winning role, making 39 off 15 balls. Bangalore began their reply on a brilliant note with an opening stand of 114 between Gayle and Kohli that ended in the 11th over. Ben Cutting again came to Sunrisers’ rescue when he had Gayle caught by Bipul Sharma. Though Kohli tried to continue their good job, his dismissal in the 13th over sounded the death knell for RCB, whose lower-order batsmen flattered to deceive. After a cheap dismissal of De Villiers for 4 Rahul, Watson and Sachin Baby got off to good starts that they failed to convert. Ben Cutting finished with 2/35 to be named Man of the Match after Sunrisers had reached their first IPL title.

In 2017, Sunrisers finished third had to play fourth-placed Kolkata Knight Riders in the eliminator. Sadly for them, they lost that match by 7 wickets and exited the competition.

In 2018, Sunrisers topped the table at the end of the league matches after registering 9 wins in 14 games. In the qualifier against second-placed Chennai Super Kings, they lost by 2 wickets and had to play against Kolkata Knight Riders who beat Rajasthan Royals in the eliminator by 25 runs. Sunrisers won that match by 14 runs to set up a final clash with Chennai Super Kings. However, their bid to win the title they had last won in 2016 went in vain as Chennai prevailed by a handsome margin of 8 wickets.

Batting first, Sunrisers lost opener Goswami to a brilliant run out. Williamson steadied the ship with Dhawan and when Dhawan was out for 26 off 25 balls in the 9th over Williamson was still there, steering the ship to its destination. However, with a sad loss of the skipper on the first ball of the 14th over when he was stumped off Sharma for 47 off 36 balls, there seemed to be a shift in momentum. Yusuf Pathan caught Chennai Super Kings by surprise with some lusty hitting towards the end, getting 45 off 25 balls with 4 fours and 2 sixes. Brathwaite added his contribution with three sixes in his 21 run-innings off 11 balls. Sunrisers were probably about 20 runs short as Chennai proved when Watson played the innings of his life. The Australian all-rounder smashed 117 off 57 balls with 11 fours and 8 sixes to shepherd his side home with 8 balls to spare.

2019: A Surprise Entry to Playoffs

In 2019, Sunrisers won only 6 out of 14 matches. Normally, a team is expected to win at least 50 percent of matches in order to qualify for the playoffs. Yet, it was Sunrisers’ fortune that two other teams also had 6 wins in 14 and all three were tied on points for the fourth place. Then the Net Run Rate came into play and it was again Sunrisers’ magic potion that took the team into the playoffs. As things transpired, they lost to Delhi Capitals in the eliminator.

Team of Sunrisers Hyderabad in the IPL 2020

The 2020 team does not include the following players present in the 2019 squad: Deepak Hooda, Martin Guptill, Ricky Bhui, Shakib Al Hasan and Yusuf Pathan. However, there are some new names that were missing in the 2019 squad: Abdul Samad, Bavanaka Sandeep, Fabian Allen, Mitchell Marsh, Priyam Garg, Sanjay Yadav, Virat Singh

SH in the Auction

Sunrisers Hyderabad used the auction to get a replacement for Shakib Al Hasan who was serving a ban and wouldn’t be available in the 2020 season: they targeted all-rounder Mitchell Marsh getting the Australian for about $260,000. They also spent about $250,000 each to get young local talents Priyam Garg and Virat Singh. They invested about $70,000 in acquiring bowler Fabian Allen as well as about $26,000 each was spent on local players Sandeep Bavanaka, Abdul Sanad and Sanjay Yadav.

5 Sunrisers Hyderabad Players to Watch out for

Mitchell Marsh could be the surprise package of the competition for Sunrisers who tried to fill the gap left by the absence of Shakib Al Hasan, serving a ban, by getting an additional bowler during the IPL auction for 2020. Marsh brings all-round ability to bear as evident from his T20I record of 219 runs from 14 games at an average of 19.90 with the highest score of 36. He has also taken 7 wickets at 22.71 with his best bowling figures of 2 wickets for 6. In his latest game played in February 2020 against South Africa at Cape Town, Marsh took 1 wicket for 3 runs in the only over he bowled to help dismiss South Africa for 96 after Australia had posted a score of 193/5, batting first. Marsh contributed 19 off 16 balls with one six and one four.

The 19-year-old teenager is an exciting new prospect on the T20 scene with 227 runs in 11 games at 28.37, including the top score of 57 not out, with a strike rate of 132.74. The right-handed Garg has also impressed the audience in his brief first-class career with 867 runs in 12 matches at 66.69 with 2 tons and 5 fifties, including the highest score of 207. The talent scouts of Sunrisers were duly impressed to be able to bid $250000 for the young man during the IPL auction.

The 22-year-old left-hander has served notice with an average of 35.27 in 56 T20 games played. He has 1552 runs to show for his effort with 10 fifties and his highest score of 81. Singh has also scored 3 tons and 4 fifties in his fledgling first-class career. His occasional leg-break googly bowling could prove an additional asset.

In the absence of David Warner in the 2018 season, Williamson took charge of Sunrisers’ batting effort with 735 runs in 17 games at 52.50, with a strike rate of 142.44. He had 8 fifties, including the highest score of 84. Williamson came within a whisker of winning the title for Sunrisers in 2018. As a skipper who leads from the front, Williamson will fancy his chances, especially as he has an embarrassment of riches at his disposal in both batting and bowling.