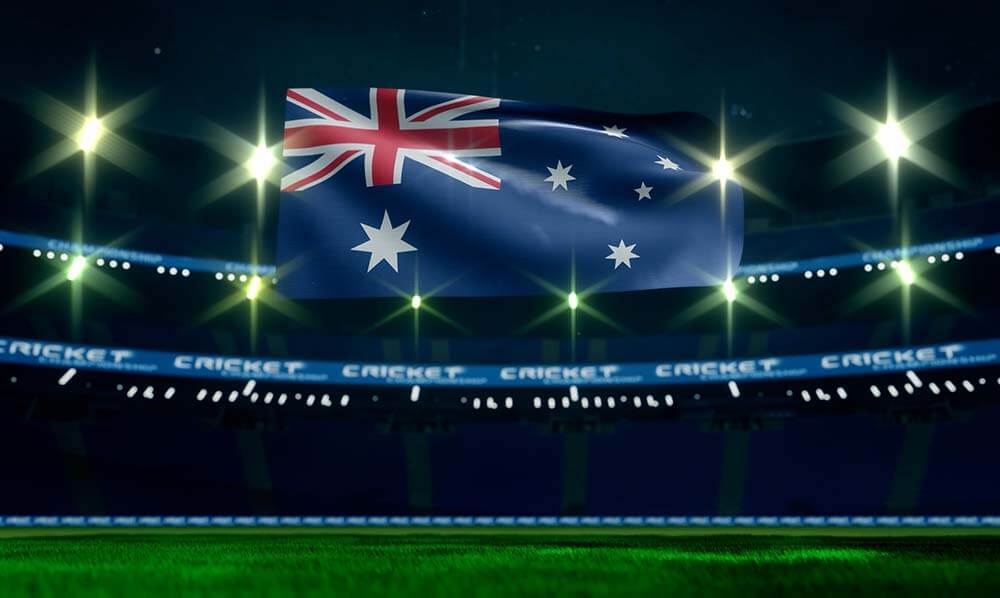 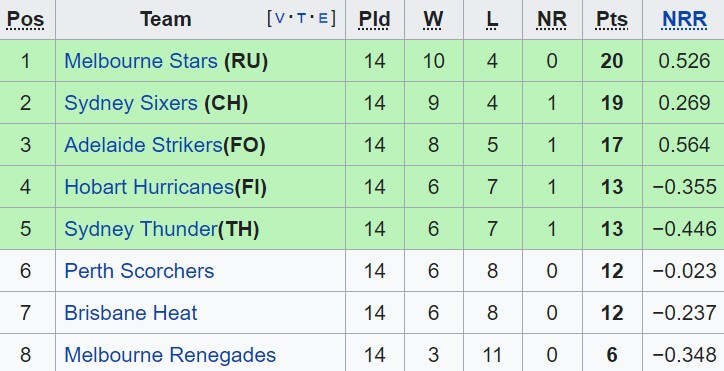 The BBL 2020-21 season is set to begin on 10 December 2020 when Hobart Hurricanes are scheduled to host defending champions Sydney Sixers. In the 2019-20 season, Sydney Sixers and Melbourne (who topped the league table — see the adjoining snippet from Wikipedia) met in the final.

In the title clash curtailed by rain, Sixers batted first and posted a score of 116/5 in 12 overs. In reply, Stars were restricted to 97/6, handing Sixers their second BBL title.

Opener Josh Philippe became the top scorer for Sixers with 52 off 29 balls with support from Steve Smith and Silk. Zampa and Maxwell took two wickets each for Stars. When Stars batted, they were reduced to 4/25 in 4.1 overs. Though Larkins (38 off 26 balls) led a revival, they never really recovered from the early wobble. Sixers’ bowlers, Lyon (2/19), O’Keefe (2/27) and Josh Hazlewood (1/18), did the most damage.

The defending champions will be boosted in their title defence by Mitchell Starc’s return to the BBL. They have also brought in Dan Christian who was a part of the Renegades last year.

Stars have arguably made the best overseas investments in Jonny Bairstow and Nicholas Pooran, both of whom performed creditably in the recently completed Indian Premier League. They have also acquired Billy Stanlake from Strikers while bidding goodbye to Peter Handscomb who will play for Hurricanes and Daniel Worrall who will represent Strikers. Their bowling lineup will no longer include Pakistan’s Haris Rauf.

Thunder have brought in England’s Ben Cutting from Heat. The squad will also include Adam Milne. Jay Lenton and Gurinder Sandhu will be missing from the last year’s lineup.

Strikers have wooed Matt Renshaw away from Heat and snared Daniel Worall from Stars while losing Billy Stanlake to Stars.

This year, Hurricanes will enjoy the services of Peter Handscomb (who played for Stars last year), along with Colin Ingram, Will Jacks, Dawid Malan and Wil Parker. They have not lost any player from their last season’s squad.

England’s Jason Roy is a brilliant addition to Scorchers’ squad for the upcoming BBL season. Fortunately for them, Scorchers have not let go of any player who represented them last year.

Heat have taken two players (Tom Cooper and Jack Wildermuth) from Renegades while losing three (Josh Lolor, James Pattinson and Jack Prestwidge) to them. They have also lost the services of AB De Villiers in addition to Ben Cutting who has joined Thunder and Matt Renshaw who will play for Strikers. New recruits include Lewis Gregory and Morne Morkel who has shifted base permanently to Australia.

Renegades, who won the title two seasons ago but finished at bottom of the heap last year, have recruited several new players with an eye on recapturing the BBL crown. To that end, they have snared three players, Josh Lalor, James Pattinson, and Jack Prestwidge, from Heat. They have also invested in 15-year-old Afghan spinner Noor Ahmad as well as South Africa’s Riley Roussouw and Imran Tahir in addition to domestic talent in the form of Mitch Perry.  Players that are no longer with Renegades this year include Dan Christian and Tom Cooper, who have shifted loyalty to Strikers, and Jack Wildermuth, who has joined Heat.

Our prediction for the BBL 2020-21 season: The title is defending champions Sydney Sixers’ to lose.

We expect a hard-fought BBL season beginning on December 13. Last season, Sydney Sixers won the title mainly because they did not depend on individual players to see them through. As T20 cricket has often shown, a team effort is more reliable than individual brilliance.