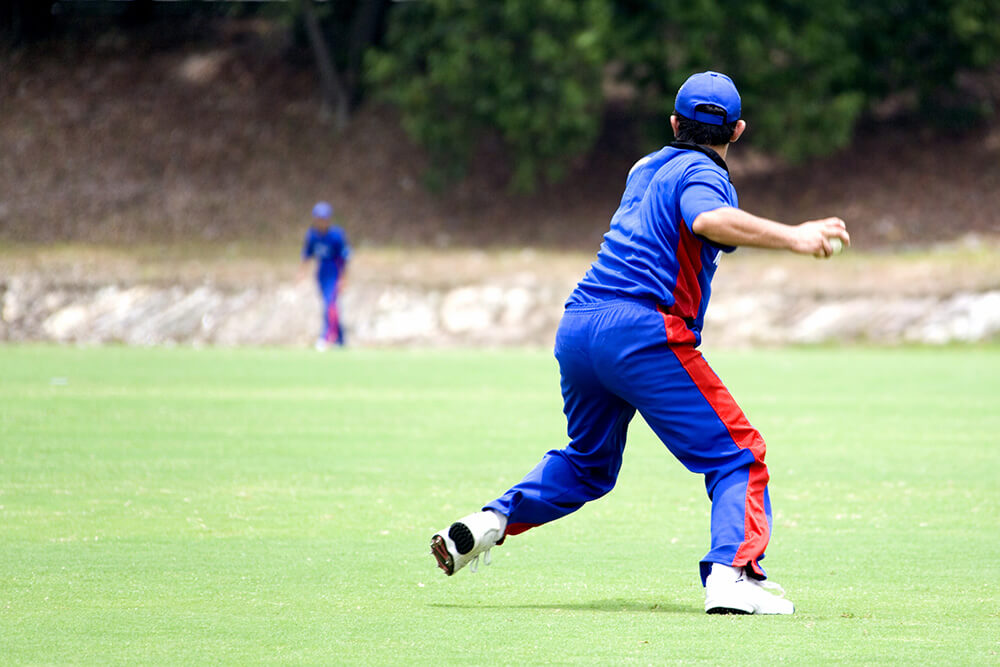 AB de Villiers is a versatile cricketer from South Africa who has represented his country in all formats of the game. He is fondly known as Mr. 360 for his ability to hit the ball in all corners of the field. De Villiers is one of the fittest players in the world and arguably the most prolific fielder of modern times. Coming from the country of Jonty Rhodes who redefined fielding in cricket with his antics on the field, De Villiers took the mantle from his countryman and carried it further in his own capacity.

De Villiers has played for Delhi Daredevils (DD) and Royal Challengers Bangalore (RCB) in the Indian Premier League (IPL). Apart from scoring a great number of runs for them, he has taken some breathtaking catches in the outfield that, some believe, defied gravity. He has been called ‘Superman’ in the field for his superhuman efforts.

Though there is so much to talk about AB de Villiers’s presence on the field and his impact on the game as a whole, we are going to focus on his catch that shook the world and other occasions when he left his teammates, opposition and fans awestruck with his stunning performance on the field.

“Saw #SpiderMan Live today!”. This was what Virat Kohli tweeted a day after the catch of the IPL 2018, even probably of all IPL, taken by AB de Villiers. So what was so magnificent about that catch? Why has it been so widely remembered? Let’s find out.

It was the 51st league match of the IPL 2018  played between Royal Challengers Bangalore (RCB) and Sunrisers Hyderabad (SRH). It was the second match between these two teams. The first one was a low-scoring one which was won by SRH by 5 runs. At that stage of the tournament, RCB desperately needed a win to keep their hopes alive for playoffs and they were up against one of the better teams of the tournament who eventually went on to be the runners-up of the IPL 2018.

SRH won the toss and elected to bowl first at Chinnaswamy stadium in Bangalore. RCB used the flat track and shortish boundaries to put on 218 in 20 overs for the loss of six wickets. AB de Villiers and Moeen Ali scored in the 60s at the strike rate of above 175 helped by 40 in just 17 balls by Colin de Grandhomme. The late charge by Sarfaraz Khan – 22 in 8 balls – helped RCB put on a high target of 219 for SRH to chase.

SRH began the chase well with Shikhar Dhawa and Alex Hales hitting RCB bowlers all over the park. At the end of the 7th over, SRH were 60 for 1 and looked on the right track to achieve this big target. Alex Hales was motoring along very well with 35 off just 20 deliveries with 2 fours and 3 sixes.

RCB took a timeout after the 7th over and Kohli brought on Moeen Ali to bowl the eight over after the timeout. The first 5 deliveries of Moeen Ali’s over went for just 4 runs when about 10 runs an over were needed. Alex Hales felt the need for a big hit. He advanced down the wicket to hit Moeen Ali out of the park. Alex Hales got a decent connection to it and the ball seemed to be soaring over the deep midwicket boundary. He felt that the ball would surely cross the boundary line unaware of what was to come. AB de Villiers, running in from cow corner, decided to go for a catch and leaped high in the air only to realise that the ball was swirling away from him. Instinctively, he put his right hand out and pulled off a stunner even as the ball was still swirling away.

Now, this is AB de Villiers, he expects himself to take catches 10 out of 10 times but that one was so special that even he was amused. Once he controlled the ball to complete a jaw-dropping catch, he kicked it with his right leg in delight as the teammates were racing from all corners of the field to congratulate him. Virat Kohli, in particular, did a 100-metre sprint to congratulate de Villiers. It was that good.

The Effect of the Catch

That catch by AB de Villiers got rid of Alex Hales who was looking to take the game away from RCB. The RCB eventually won the game by 14 runs. AB de Villiers was named Man of the Match.

There have been many instances of AB de Villiers blowing everyone away with his awesome catching skills in the IPL. Once in IPL 2016, playing against Mumbai Indians in the 41st league match, de Villiers pulled off a low catch that dipped at the last moment but De Villiers had the presence of mind to adjust accordingly to get rid of Ambati Rayudu.

There was another one in the third edition of IPL 2010 when De Villiers played for Delhi Daredevils (DD). In an encounter against his current team RCB, de Villiers pulled off another one-handed blinder on the boundary line at long-on to dismiss Pravin Kumar off Umesh Yadav.

In the 154 matches AB de Villiers played for Delhi Daredevils and Royal Challengers Bangalore, he has taken 84 catches. This is second only to Suresh Raina, another fine fielder in the history of IPL, who has 104 catches to his name in 193 matches. It goed without saying, AB de Villiers is truly one of the top outfielders and catchers of a cricket ball.