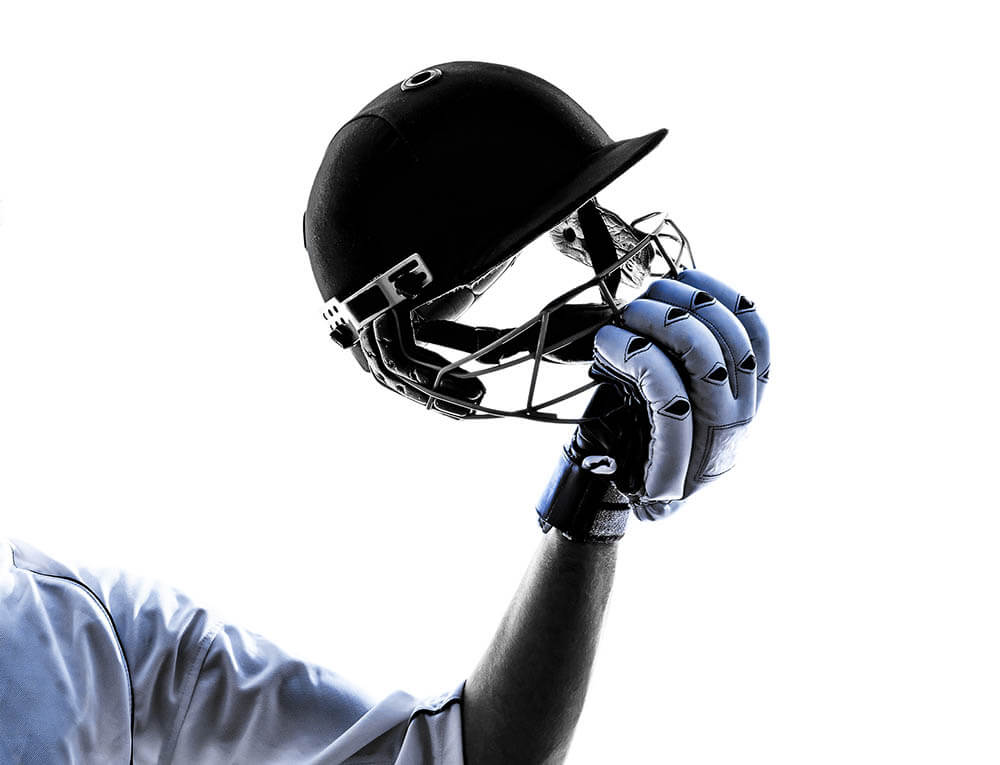 In this article, we preview Punjab Kings vs Kolkata Knight Riders, match 21 of the IPL 2021 to be played in Ahmedabad on 26 April. PBKS are currently 4th on the points table after winning the only match they have played. KKR are one rung below them, placed 5th, with one loss and a win in two games played. 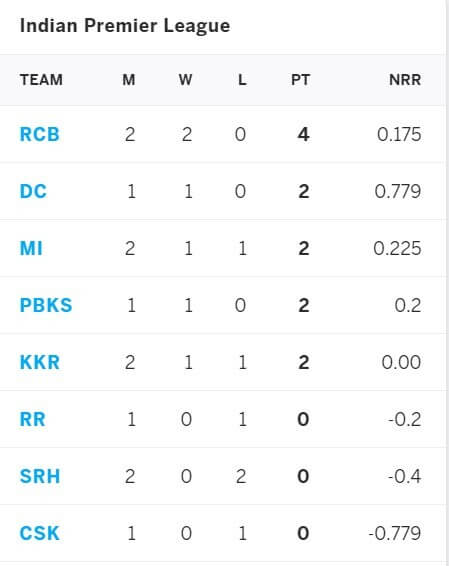 The two sides last met on 26 October 2020 in Sharjah in the 46th match of season 13. Batting first, KKR were restricted to 149/9 in their allotted overs. After they were reduced to 10 for 3, KKR staged a recovery through an 81-run stand between Shubman Gill (57 off 45 balls) and Eoin Morgan (40 off 25). But once the partnership was broken in the 10th over, KKR lost wickets at regular intervals. M Shami (3/35) was PBKS’s most impressive bowler. Chris Jordan and Ravi Bishnoi took two wickets each while Maxwell and M Ashwin took one each. In reply, PBKS did not find the modest target challenging, chasing it down in 18.5 overs with 8 wickets in hand. Mandeep Singh made a top score with 66 off 56 balls while Rahul (28 off 25) and Gayle (51 off 29) provided adequate support. Chakravarthy and Ferguson shared the wickets for KKR.

KKR have established a 17-8 h2h advantage over PBKS in 25 matches played between them. 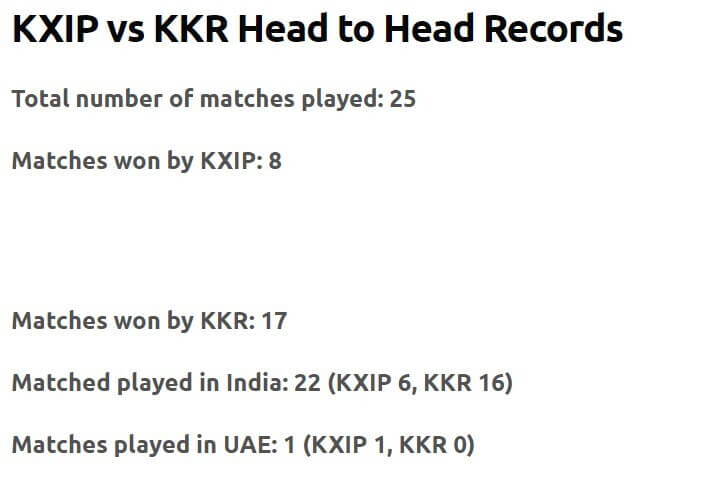 Since KL Rahul took over PBKS, the team has undergone a transformation. We are looking at a much more confident squad than the one that lost to KKR in the final of the IPL 2014. Rahul has led from the front and shown remarkable consistency with the bat. He has also grown as a captain and the team has benefited from his calming influence. On paper, KKR remain as strong as ever. But what has differentiated the KKR squads of the IPL 2020 and IPL 2021 from the ones that performed in previous seasons is the lack of batting form displayed by Russell. However, as the cricketing saying goes, form is temporary. Russell may yet discover his match-winning form and lead KKR into the playoffs. But until that day arrives, we must back PBKS to beat Morgan’s men.

We predict that PBKS will beat KKR in the IPL match on 26 April.

Bookmakers’ odds are overwhelmingly in favour of PBKS to beat KKR in match 21 of the IPL on 26 April.

Our PBKS vs KKR match prediction is based on the current form of the various players based on their actual performances in previous games of the ongoing IPL tournament.