IPL 2022: 3 Players Who Can Step into AB de Villiers’s Shoes at RCB 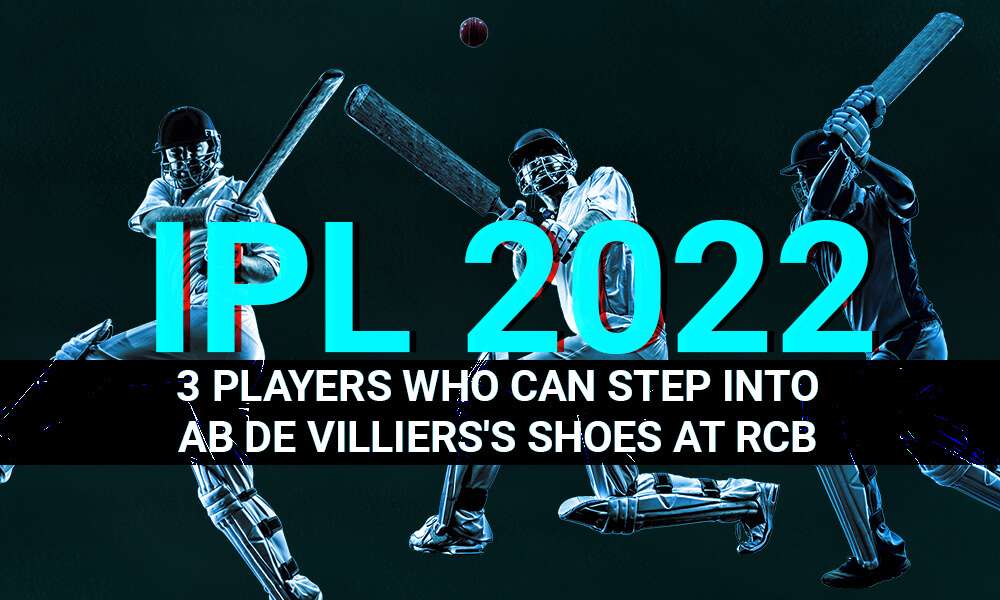 After the announcement on Twitter by AB de Villiers that he has decided to quit all cricket, the big question is, who will step into his shoes at Royal Challengers Bangalore in the IPL? For many years, De Villiers has been the batting pillar around which RCB have built their innings. It is virtually impossible for anybody to think of an adequate replacement for the South African legend. However, we suggest three players that RCB can target at the upcoming auction ahead of the 2022 IPL season.

Of the present lot, the first name that comes to mind is that of Suryakumar Yadav. He has shone as a match-winner for Mumbai Indians in the last few years. In recent times, he has done it for Team India too. Like De Villiers, SKY (as he is popularly known) can bat up or down the order, in keeping with the team’s demands. He has learned how to win from adverse situations. He has been adept at holding the innings together in the middle order after the loss of early wickets. He can also come in in the death overs and up the run rate. Mumbai Indians – with their embarrassment of choices – may not retain SKY. If Suryakumar is up for auction, RCB must grab him.

IPL stats of SK Yadav, A Markram, and S Hetmyer

Of the current lot of SA batters, Markram has the right combination of aggression and consistency combined with compact stroke play you would look for in a replacement for De Villiers. Besides, Markram appears unruffled in pressure situations. Punjab Kings drafted Aiden as a replacement for Dawid Malan in the second leg of the IPL 2021. Markram’s tally of 146 runs at a strike rate of 122.68 in 6 innings might not appear overly impressive. However, most of his innings were rescue acts after Punjab had lost early wickets. Markram did enough at the T20 World Cup to prove his class, with innings of 40, 51 and 52 not out, the kind of innings normally associated with De Villiers in the middle order, whether for SA or for RCB in the IPL. We are certain that RCB, like many other franchises, will bid aggressively for Markram at the upcoming auction.

Shimron Hetmyer might not sound like a perfect replacement for De Villiers. However, the left-hander has no dearth of ability, and a good captain can groom him for the role. At 24, he has a brilliant international career ahead of him with the West Indies side. His unbeaten 81 off 54 balls versus Sri Lanka was a startling display of his talent at the recently concluded T20 World Cup. Delhi Capitals benefited from Hetmyer’s presence in the lower middle order on more than one occasion during the 2021 IPL season. Who can forget his brilliant knock versus RCB in the first leg of the IPL? Chasing 172 to win, DC were reduced to 92 for 4 before Hetmyer joined Pant at the wicket and nearly pulled off what would have been a miraculous win with a spectacular 53 from 25 balls. As it turned out, DC lost the match by a solitary run.