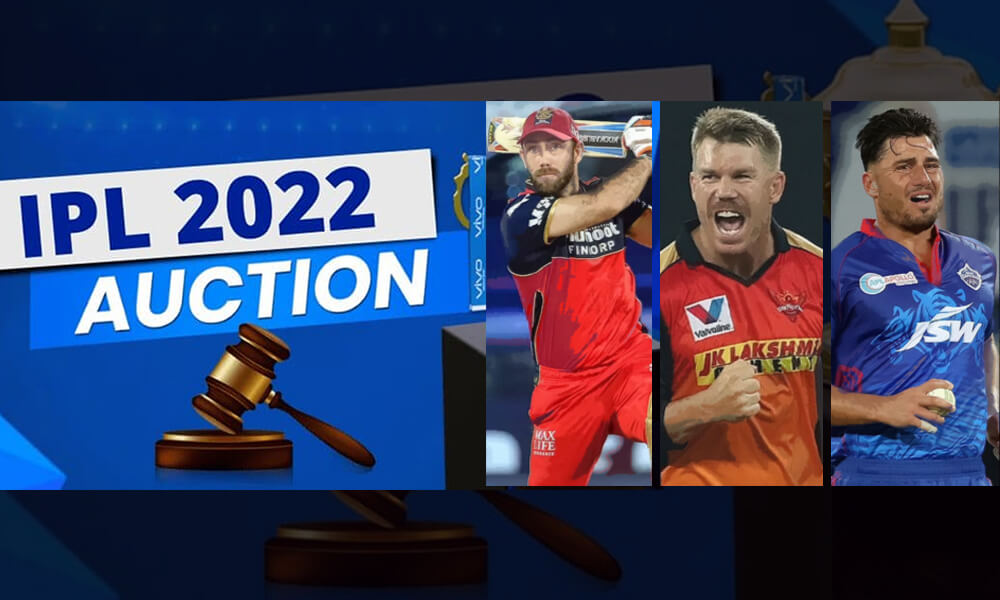 David Warner made news for all the wrong reasons in the second leg of the IPL 2021. Firstly, Sunrisers Hyderabad stripped the left-handed opener of the captaincy. Next, as his poor run of form continued, they dropped him from the playing eleven. They conveniently forgot that he had scored 5449 runs at 41.59, including 50 fifties and 4 tons, in the IPL. Warner chose the T20 World Cup to remind IPL franchises of his value with a match-winning fifty in the final against New Zealand. Warner has decided to put his name up for auction. Assuming that SRH will be ready to let go of him, Warner is sure to get an attractive price from any of several franchises.

Maxwell who had a poor season with Punjab Kings in 2020 saw a reversal in fortunes in the 2021 season when he plundered runs for RCB. Not only did the all-rounder score 513 runs in 15 games, but he also took useful wickets. Maxwell, who was a little off-colour in the group stage of the T20 World Cup, chose the final to underline his importance with a match-winning partnership alongside Mitchell Marsh. If De Villiers decides not to play another IPL season, RCB are likely to retain Maxwell. Otherwise, other franchises are going to make a beeline for Maxwell at the auction.

Stoinis is counted among the quality all-rounders on the IPL circuit. Though injury kept Marcus Stoinis out of most of the IPL 2021 season, his past performance in the competition is evidence of his immense talent. He has time and again proved his ability to change the course of a game, with bat or ball alike. In the 2020 season, Stoinis was instrumental in helping Delhi Capitals to qualify for the title clash that they eventually lost to Mumbai Indians. He scored over 350 runs and took 13 wickets. The all-rounder also underscored his value in the recently concluded T20 World Cup where he played a winning knock in the semifinal versus Pakistan in a partnership with Wade. Like Maxwell and Warner, Stoinis is likely to cause a bidding war among franchises at the IPL auction, in case DC decide to let go of him.

With each team allowed to retain four players, the franchises will look to bolster their sides with some quality Aussie players. Besides, with 10 teams set to participate in the IPL 2022 and four overseas players allowed in each, IPL teams are likely to outbid one another for quality Australian players.