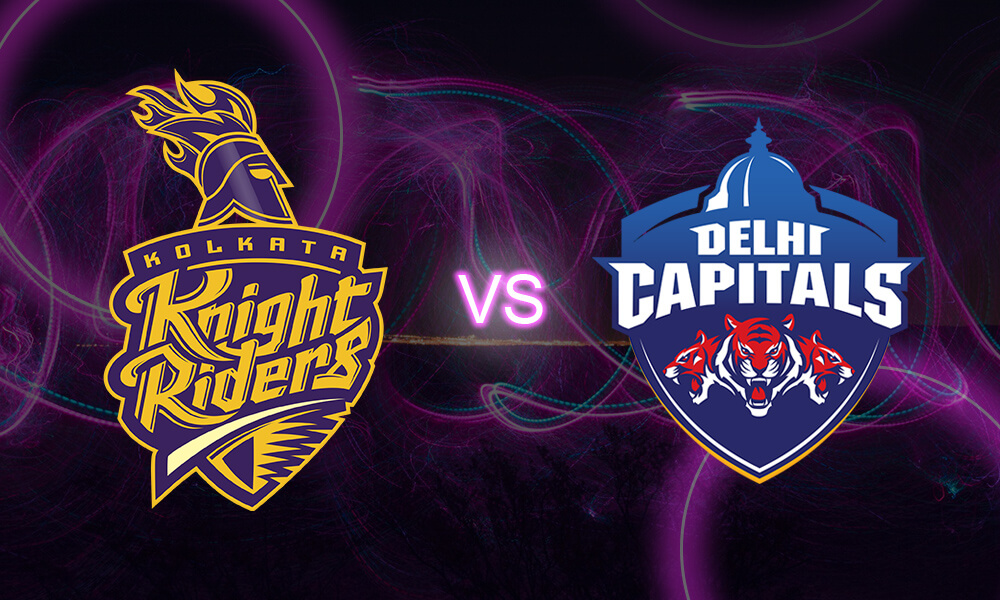 On October 13, Sharjah will be set alight by Kolkata Knight Riders vs Delhi Capitals, the 2nd qualifier of the IPL 2021. The outcome of the match will decide which of these two teams will face off against Chennai Super Kings in the final. CSK entered the finals beating DC in the first qualifier on 10 October, while KKR beat RCB in the eliminator on 11 October. In this article, we preview the game and forecast the outcome.

The two sides last met at the same venue on 28 September in match 41 of the IPL 2021. DC batted first in that game and after a reasonably good start were well-placed at 77 for 2 in the 13th over. But as the ball grew older, run-making became a difficult prospect. After Steve Smith was dismissed in the 13th over, Rishabh Pant’s wards collapsed to be restricted to 127/9 in their allotted overs, in which Smith and Pant were joint top scorers with 39 each. For KKR, Southee, Narine and Venkatesh Iyer took two wickets each.

When KKR replied they lost regular wickets to be reduced to 67 for 4 in the 12th over. But a couple of useful partnerships saw them recover to 122 for 5 in the 17th over. Despite a couple of late wickets, KKR managed to stumble across the line with 3 wickets and 10 balls to spare. Nitish Rana made a top score for KKR with 36, while Avesh Khan, who took 3/13, emerged the best bowler for DC.

We predict that KKR will beat DC in the second qualifier on 13 October.

Betting odds favour DC to prevail over KKR on 13 October.

In arriving at our KKR vs DC qualifier 2 prediction, we have considered – apart from the H2H comparison and betting odds – the overall strengths of the teams. While both teams have strong bowling, KKR have a more reliable batting lineup. Furthermore, with three world-class spinners, Morgan’s men are better equipped to exploit the wicket in Sharjah.