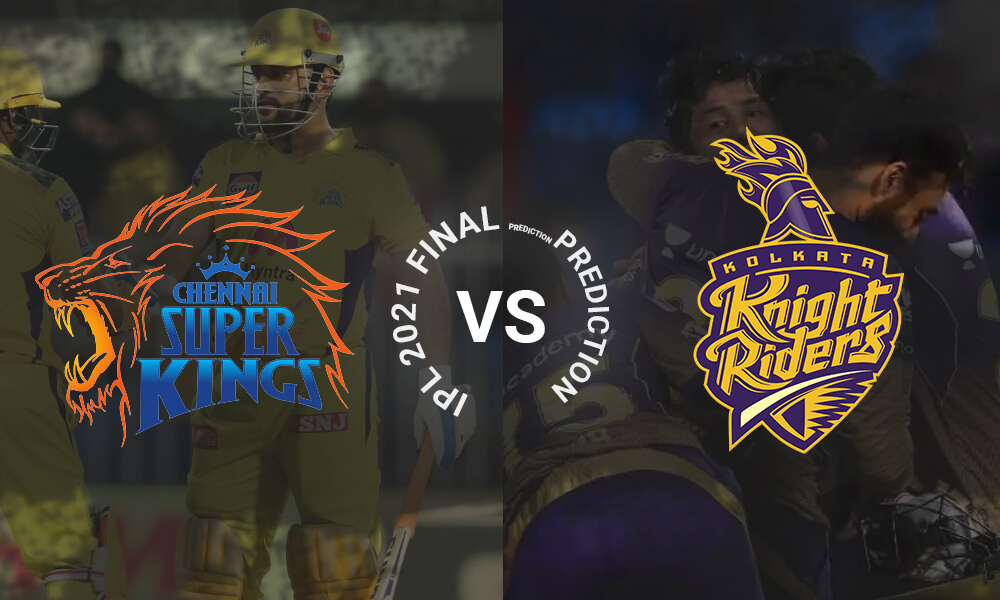 On October 15, the IPL 2021 tournament will end with Chennai Super Kings vs Kolkata Knight Riders, the title clash of the competition. If CSK win, they will become IPL champions for the fourth time. If KKR prevail, they will lift the IPL trophy for the third time. Interestingly, KKR won their first title in 2012, beating CSK in the final. In this article, we preview the final match and predict the winner.

The last meeting of these two teams took place in Abu Dhabi on 26 September 2021 in match 38 of the ongoing IPL. Batting first, KKR lost Shubman Gill’s wicket with only 10 runs on the board. And after Venkatesh Iyer departed at 50 for 2, a regular fall of wickets reduced Morgan’s wards to 4 for 89 in the 13th over. However, a resurgence led by Rana’s partnerships with Russell and Karthik for the 5th and 6th wickets respectively helped KKR to a competitive score of 171 for 6. For KKR, Tripathi made a top score with 45. For CSK, Thakur was the most impressive bowler taking 2 for 20.

Openers Gaikwad and Du Plessis launched CSK’s reply with a stand of 74. But the following fall of regular wickets saw CSK reduced to 142 for 6 in the 18th over. Nevertheless, Dhoni’s men were set on the path of victory by an explosive cameo from Jadeja who scored 22 from 8 balls as CSK went to win by 2 wickets off the last ball. Du Plessis made a top score with his 43. For KKR, Sunil Narine, who took 3 for 41, was the best bowler on the night.

How the teams qualified for the finals

We predict that CSK will prevail over KKR in the final of the IPL 2021 on 15 October.

In arriving at our CSK vs KKR final prediction, we have considered the overall strengths of the two sides and the current form of the various players. CSK have the stronger batting unit. Their batting runs deep with Deepak Chahar at number 10 capable of making runs. While KKR have a stronger bowling lineup, including three brilliant spin bowling options, CSK’s bowlers have delivered when it mattered.