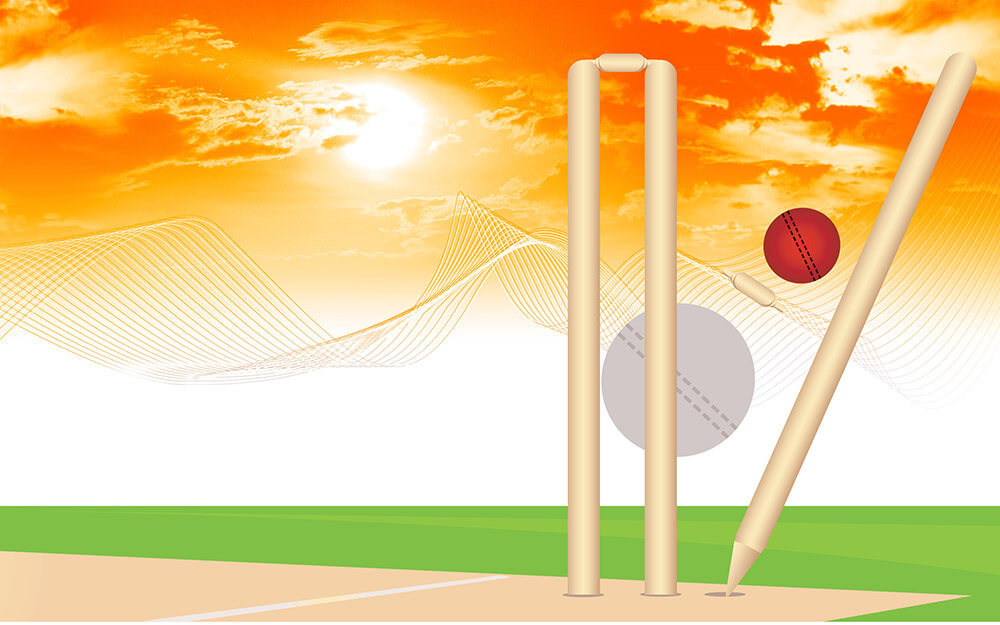 T20 cricket is a batsman-friendly format and bowlers are given severe treatment almost throughout the whole innings. However, partnerships are important for the batting team to consolidate their big hitting and put up a huge score.

In the IPL (Indian Premier League), teams hunt in pairs and packs and the crowd is delighted by explosive shot-making, stunning catches and other amazing exploits. Two batsmen in good form and scoring at a rapid rate can unite to take their team ahead in the game. Needless to say, this has happened many times in IPL matches. In this article, we review the five highest IPL partnerships and their influence on the games’ results.

In this game, Kohli and AB dominated the bowlers and formed a massive 229-run partnership for the second wicket. RCB batted first and lost Gayle in the fourth over. The fireworks started then as Kohli and AB took centre stage and started marauding the Gujarat Lions’ bowling.

It was hot in Bengaluru but that did not stop the belligerent duo from dispatching the ball to all corners of the stadium. The crowd got their money’s worth from this wonderful spectacle. Kohli cracked 109 off 55 balls and AB smashed an unbeaten 129 in just 52 deliveries. They helped RCB hoist a gigantic 248/3 in their 20 overs.

In reply, the Lions were bundled out for just 104 runs in 18.4 overs to leave RCB winners by a whopping 144 runs. RCB’s Chris Jordan was the star bowler with 4/11 in 3 overs. AB de Villiers was declared the Player of the Match.

Kohli and AB are two of the best batsmen in modern-day cricket. They absolutely rock when they form a partnership. This scenario has played out several times in the IPL, creating a nightmare for bowlers. The two greats run hard between the stumps and play scintillating strokes to all parts of the ground to grind the bowlers to dust.

This was proved yet again in this game played against the Mumbai Indians. Gayle got out in the fourth over and Kohli and AB came together to amass an unbeaten 215-run partnership for the second wicket. Kohli clobbered 82 off 50 balls and AB 133 not out in just 59 deliveries. Star Mumbai bowlers Hardik Pandya and Harbhajan Singh were smashed for 81 runs in 5 overs.

RCB put up 235/1 and restricted Mumbai to 196 to win the game by 39 runs. Harshal Patel picked up 2/36 and Yuzvendara Chahall 2/51 in their respective 4 overs to help RCB’s cause. AB de Villiers was awarded the Player of the Match.

In this match, Kings XI Punjab batted first and lost opener Paul Valthaty in the fourth over with the score set at 25. Then, Shaun Marsh and Adam Gilchrist got together for an amazing 206-run partnership for the second wicket playing menacing shots against all the RCB bowlers. The two left-handed strikers were dominant in an aesthetically pleasing manner. Gilchrist stroked 106 in just 55 deliveries with 9 sixes including a huge 122m maximum off a Charl Langeveldt delivery. Marsh scored 79 not out in 49 balls.

The duo helped Punjab rack up 232/2 in their 20 overs. In reply, RCB’s powerful batting lineup came a cropper and the team was dismissed for just 121 runs. For Kings XI Punjab, Piyush Chawla bagged 4/17 in his four overs and Ryan Harris 3/28 in 3 overs. Adam Gilchrist was named the Player of the Match.

4. Chris Gayle and Virat Kohli – Unbeaten 204 for RCB versus Delhi Daredevils in 2012

Kohli and the Universe Boss came together against Delhi Daredevils in 2012 to form the fourth-highest IPL partnership of an unconquered 204 runs. In this game, the Daredevils won the toss and asked RCB to bat first. This decision proved wrong as RCB posted a huge total of 215 aided by the 204-run unbeaten partnership between Gayle and Kohli for the second wicket.

Gayle was in excellent form during the 2012 IPL season and he proved it yet again in this match in Delhi. The home team dismissed RCB’s Tillakaratne Dilshan in the third over itself with the score at 11. Then, Kohli and Gayle started playing swashbuckling strokes. Each Delhi bowler was clobbered for a 9.5-run economy rate as the duo deposited sixes to all corners of the ground.

Gayle cracked 128 not out off 62 balls with 7 fours and 13 sixes. Kohli also remained unbeaten with 73 off 53 deliveries with 9 fours and 1 six. RCB then restricted Delhi to 194/9 with Ross Taylor scoring a half-century. Zaheer Khan and Prasanth Parameswaran picked up 3 wickets each for RCB. Gayle won the Player of the Match award.

5. David Warner and Naman Ojha – Unbeaten 189 for Delhi Daredevils versus Deccan Chargers in 2012

In this game, Deccan Chargers won the toss and elected to bat first. They put up an imposing 187/4 in their 20 overs aided by opener Shikhar Dhawan’s 84 off 49 balls and no. 4 Cameron White’s 65 in 40 deliveries. The duo paired for a 126-run partnership for the third wicket. For the Daredevils, Varun Aaron was the most economical bowler with 2/30 in his four overs.

Delhi’s chase began on the wrong note when Viru Sehwag was dismissed in the first over. Naman Ojha joined David Warner at the crease and the duo started smacking the Deccan Chargers’ bowlers to all corners. They starred in an unbeaten 189-run partnership to guide Delhi home in the 17th over. Warner smashed 109 not out off 54 balls with 10 fours and 7 sixes. Ojha stayed 64 not out in 46 balls with 2 fours and 5 sixes.

Manpreet Gony tried his best for the Chargers with economical figures of 0/22 in his four overs. However, his effort proved futile as the other Deccan bowlers got clobbered by Warner and Ojha. David Warner was declared the Man of the Match.