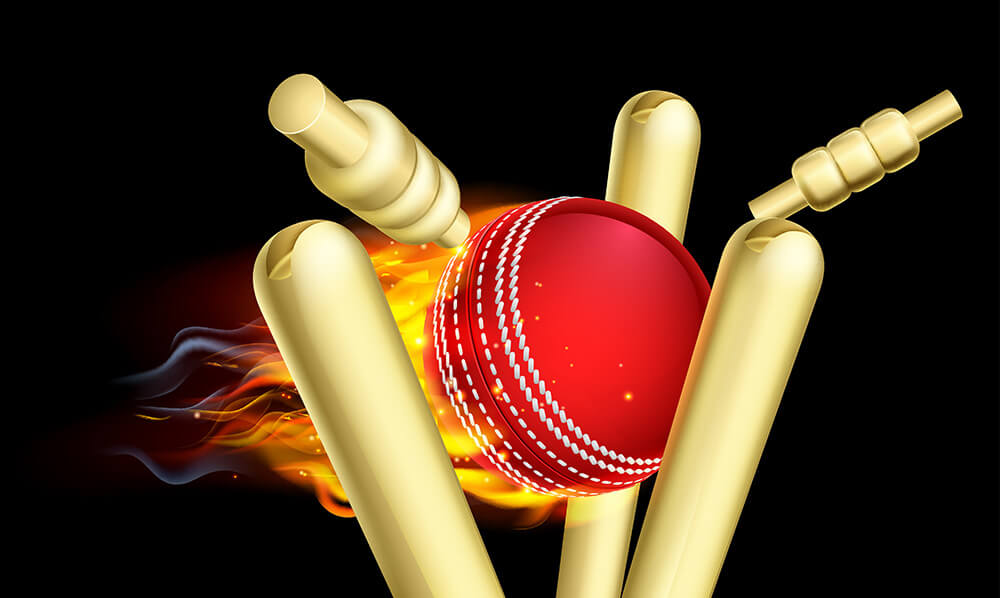 In this article, we are going to give a review of 10 longest sixes recorded in cricket, including the longest recorded six in cricket history, the match during which it was scored and the circumstances in which the six was hit.

Playing an ODI against South Africa in 2013, Shahid Afridi hit a ball from McLaren for a monstrous six that travelled all off 158 metres, the longest recorded in the history of cricket. On Pakistan’s tour of South Africa, Pakistan and South Africa met at Johannesburg on 17 March 2013 in the third ODI of the series. Riding on tons by Amla and de Villiers, South Africa batted first and piled up 343/5 in their allotted 50 overs. In reply, Pakistan were 132/5 in the 25th over when Shahid Afridi took guard at the wicket. Afridi then went on to play a blistering knock 88 off 48 balls with 7 sixes and 5 fours to bring the asking rate down to a doable level. He edged a no-ball from McLaren into his stumps when he was on 73. The next ball, a free hit stood up to be hit. Afridi had sent it right into the stratosphere before the ball descended on the roof of the stand at the Golf Course end of the Wanderers and rolled over it.

In a World T20 game against Australia, Yuvraj Singh hit Brett Lee for one of the longest sixes. It was the second semifinal of the World T20 held at Durban, South Africa on 22 September 2007. India batted first and when Yuvraj Singh walked to the crease, the scoreboard read 2/41 off 8 overs. Gautam Gambhir had just been dismissed and the situation could take a turn for the worse if not dealt with. Indeed Yuvraj did deal with it, scoring 70 off 30 balls with 5 sixes and 5 fours in a match-winning knock. Thanks to Yuvi, India reached 188/5 and though Australia tried to make a match of it, the loss of Symond’s wicket at 156 for 4 in the 17th over was a blow from which they never recovered and ended up losing the game by 15 runs. It was during his blitzkrieg that Yuvraj hit one of the longest sixes in cricket history. Lee was bowling and drifted one towards leg. A casual flick by Yuvraj saw the ball lodged in the stands.

Mark Waugh registered one of the longest sixes against Daniel Vettori in a Test match played at Perth. In November 1997, Australia hosted New Zealand for the second Test of a Test series at Perth. The Kiwis batted first and scored 217. Australia had lost three wickets for 71 before Mark Waugh and his brother Steve came to rescue with a 153-run partnership. Mark made a brilliant 86 off 149 balls with 11 fours and a six to set Australia on the way to a match-winning score of 461. It was during this innings that Mark hit Daniel Vettori for his only six of the match straight down the ground for one of the longest sixes ever recorded.

Dhoni hit one of the longest sixes in an ODI against New Zealand in March 2009. On India’s tour of New Zealand in March 2009, the two sides met at Christchurch in the third ODI of the series. In a high-scoring match that India eventually won, the visitors made 392/4 and New Zealand were bowled out for 334 in the 45th over. In a high-scoring game, Dhoni contributed to the carnage by scoring 68 off 58 balls with 2 sixes and 5 fours. It was the 44th over of the innings bowled by Elliot. Tendulkar had taken a single off the fifth ball of the over to give Dhoni the strike when the scoreboard read 322/3. Cricinfo described the next ball most aptly: “Dhoni transports this around 30 rows into the stands over long-on, overpitched on middle and he just jabs it, went off the middle, some timing there…”

Afridi, a habitual sixer hitter, smashed one of the longest-ever against Australia at Perth in 2005. On 30 January 2005, Australia faced off against Pakistan in the 8th ODI match of the VB Series held at the WACA Ground in Perth. Australia batted first and put up 265 on the scoreboard. In reply, Pakistan were in trouble, losing wickets early and after 12 overs were 3/49 when Younis Khan lost his wicket. However, Md Yousuf played an anchor role and had a fruitful 74-run partnership with Inzamam ul Haq. A sudden flurry of wickets left Pakistan floundering at 170/6 when Md Younus got out. In walked Shahid Afridi and went on to play a brilliant cameo that had brought Pakistan to the threshold of victory by the time Afridi got out with the scoreboard reading 223/7. Afridi’s innings contained 2 sixes and 3 fours. It was the 39th over of the innings from Andrew Symonds. Razzaq took a single off the fourth ball, leaving Afridi to face the last two balls. Afridi hit the fifth one disdainfully for four. He then danced down and hoisted the last ball of the over into the stands.

Chris Gayle hit one of the longest sixes in cricket against India in 2010. The West Indies and India met at Bridgetown in the 19th match of the World T20. Batting first, the hosts made 169/6. India, in reply, could manage only 155/9. Chris Gayle was at his brutal best, slamming 98 off 66 balls with 7 sixes and 5 fours. It was the second ball of the 10th over of the innings. To quote Cricinfo on what happened: “Pathan to Gayle, SIX runs…OMG! what a strike, flat and fast again, just sits back and murders this over long-on. Bounces on the roof and goes out of the Kensington Oval. New balls, please. “

Anderson smashed Md Shami’s bowling to record one of the biggest ever sixes in 2014. On 19 January 2014 during India’s tour of New Zealand, the sides met in the first ODI of the series played at Napier. New Zealand batted first and piled up 292/7. In reply, India could make only 268, handing the Kiwis a 24-run victory. Corey Anderson who scored an unbeaten 68 off 40 balls was named Man of the Match for his effort. His innings was studded with four sixes and 3 fours. Shami was bowling the 44th over of the New Zealand innings. It was a back of the length ball and the left-handed batsman had no trouble dispatching the ball over long leg to the top of the roof of the stadium.

On 29 December 2015, Daniel Christian of Hobart Hurricanes hit a monstrous six against Brisbane Heat in the Big Bash League at Brisbane. The Hurricanes plundered 194/4 and kept their rivals down to 179/9 to win the match. Daniel Christian played a big hand in the win, making 56 not out in 24 balls with 4 sixes and 3 fours. It was the 19th over of the Hurricanes’ innings. Feldman was bowling to Christian. Read the description of the ball by Cricinfo: “Feldman to Christian, SIX runs, the length ball is on the roof! It’s on the roof! Christian simply wound up and unleashed a powerful swing off the front foot, blazing the ball 117 metres or so over cow corner. He watches it disappear and loves it. Sammy goes up for a fist bump. A monstrous hit.”

Playing against India in an ODI on 1 April 1999, Pakistan’s Ijaz Ahmed hit Virendra Sehwag for a monstrous six. It was the sixth match of the Pepsi Cup at Mohali, India, played between Pakistan and India. India batted first and scored 196. Needing 197 to win off 47 overs, Pakistan did it with 5 overs and three wickets to spare, largely due to a knock of 89 in 129 balls by Ijaz Ahmed. Ahmed’s knock included 2 sixes and 5 fours, and he helped rescue Pakistan from a precarious 3/34 with an unbroken 163-run stand with Inzamam. During the belligerent innings, Ijaz faced an over from Sehwag in which he hoisted a ball that travelled 115 metres to registered one of the longest sixes in the history of cricket.

Playing against RCB on 21 April 2019, MS Dhoni hit one of the longest sixes recorded. It travelled all of 111 metres. Chasing 162 to win, CSK needed 26 off the last over. It was familiar territory for Dhoni. As matters transpired, Dhoni scored 24 off the first five balls but had a rare failure when he failed to connect the last ball in his attempted slog, handing RCB a one-run win. Umesh Yadav was bowling the last over of the innings for RCB. He started with a short ball outside the off stump. Dhoni promptly dispatched it for four with a pull to the deep square leg fence. Then came the shot of the day. The next ball from Yadav and it was sent out of the stadium. As described by Cricinfo: “Another short of length outside off and Dhoni just smashes it into the outer space.”