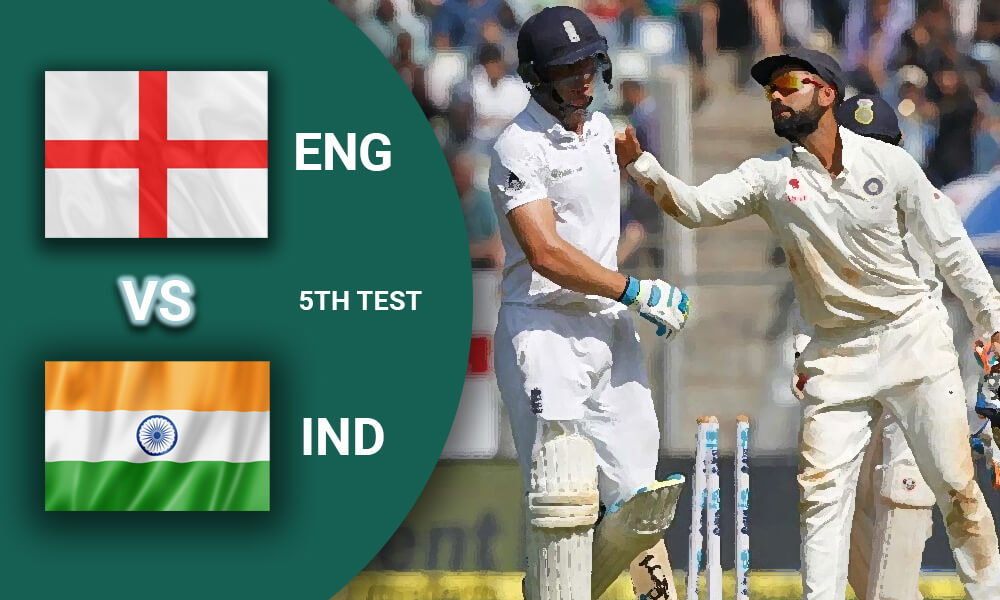 Old Trafford is set to host England vs India, the 5th Test of a five-match series on the India Tour of England, on September 10, 2021. The match promises to be an exciting contest after India took a 2-1 lead in the Oval test. We preview the game and make our England vs India prediction.

In the 4th test at the Oval, root won the toss and elected to bowl. It was a calculated risk as England would have bat last. However, the England bowlers justified Root’s decision by bowling out India for a modest 191. The score would have been much worse but for a late order 57 by Thakur who was included to shore up the batting.

When England batted, they lost early wickets but rallied on the back of innings from Malan and Pope. The hosts had a brilliant opportunity to take a substantial lead, but soft dismissals kept them down to a 99-run first-inning lead on a wicket that had eased out for batting. India closed the second day just 16 runs behind with nine wickets in hand.

England got wickets in clusters that prevented Indian batsmen from running away with the match. But a late order partnership between Pant and Thakur set up the match nicely on the fourth evening. Needing 368 to win, England finished the day at 77 without loss. Earlier, Sharma got to his first overseas ton to underscore his importance to the Indian batting lineup.

With all three results possible, England pushed their score up to 100 without loss. The introduction of Thakur into the attack proved to be the turning point. Thakur produced the perfect pitched-up delivery that left Burns to have the left-hander edge a catch to Pant behind the stumps. Then an unfortunate run out of Malan saw England going into lunch with two wickets down.

A combination of inspired bowling and soft dismissals made the post-lunch session a disaster for England, as they crumbled to be bowled out for 210.

In our ENG vs IND Match Prediction, we expect India to beat England and take a 3-1 lead in the fifth test at Old Trafford.

India have sprung back after a dismal innings defeat in the third match at Leeds. They will relish the opportunity of registering their 4th test series victory in England.