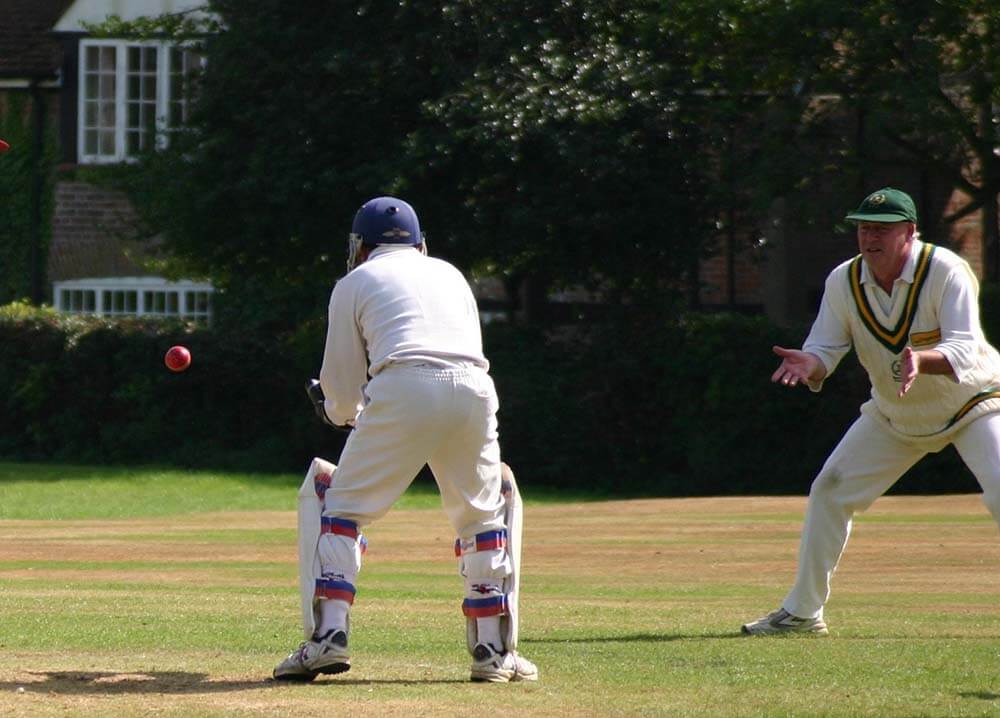 In this article, we preview Delhi Capitals vs Kolkata Knight Riders, match 25 of the IPL 2021 to be played in Ahmedabad on 29 April. DC have won 3 of 4 games played and are currently in 3rd place on the points table. By contrast, KKR have won only one of their four matches so far and are in 6th place. 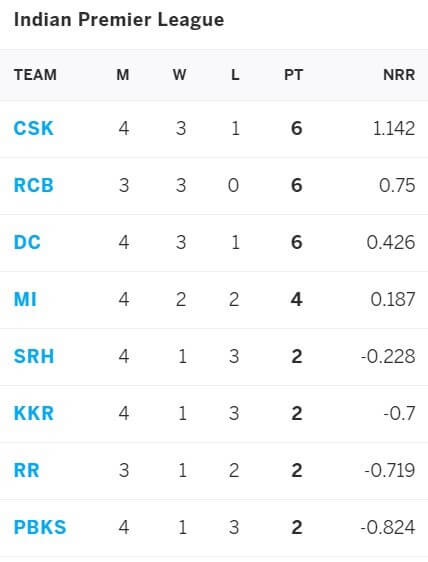 KKR and DC met last in Abu Dhabi on 24 October 2020. In that game, KKR batted first. Loss of early wickets left them floundering at 42 for 3 before a 115-run stand propelled them to 157 for 4 in the 17th over. Building on the platform, KKR finished their innings at 194/6. Nitish Rana (81 off 53 balls) and Sunil Narine (64 off 32) did the bulk of the work. When DC replied, they got off to a disastrous start losing 2 wickets with only 13 runs on the board before a mini recovery through a 63-run stand for the third wicket. But once Pant (27 off 330) got out in the 12th over, DC slipped, losing a flurry of wickets. They eventually finished at 135/9, despite a captain’s knock of 47 off 38 balls by Shreyas Iyer. For KKR, Varun Chakravarthy took 5/20 while Cummins returned figures of 3/17.

In 27 past games, KKR have won 14, while DC have won 12. Interestingly, DC have won four of the last five games between the sides. 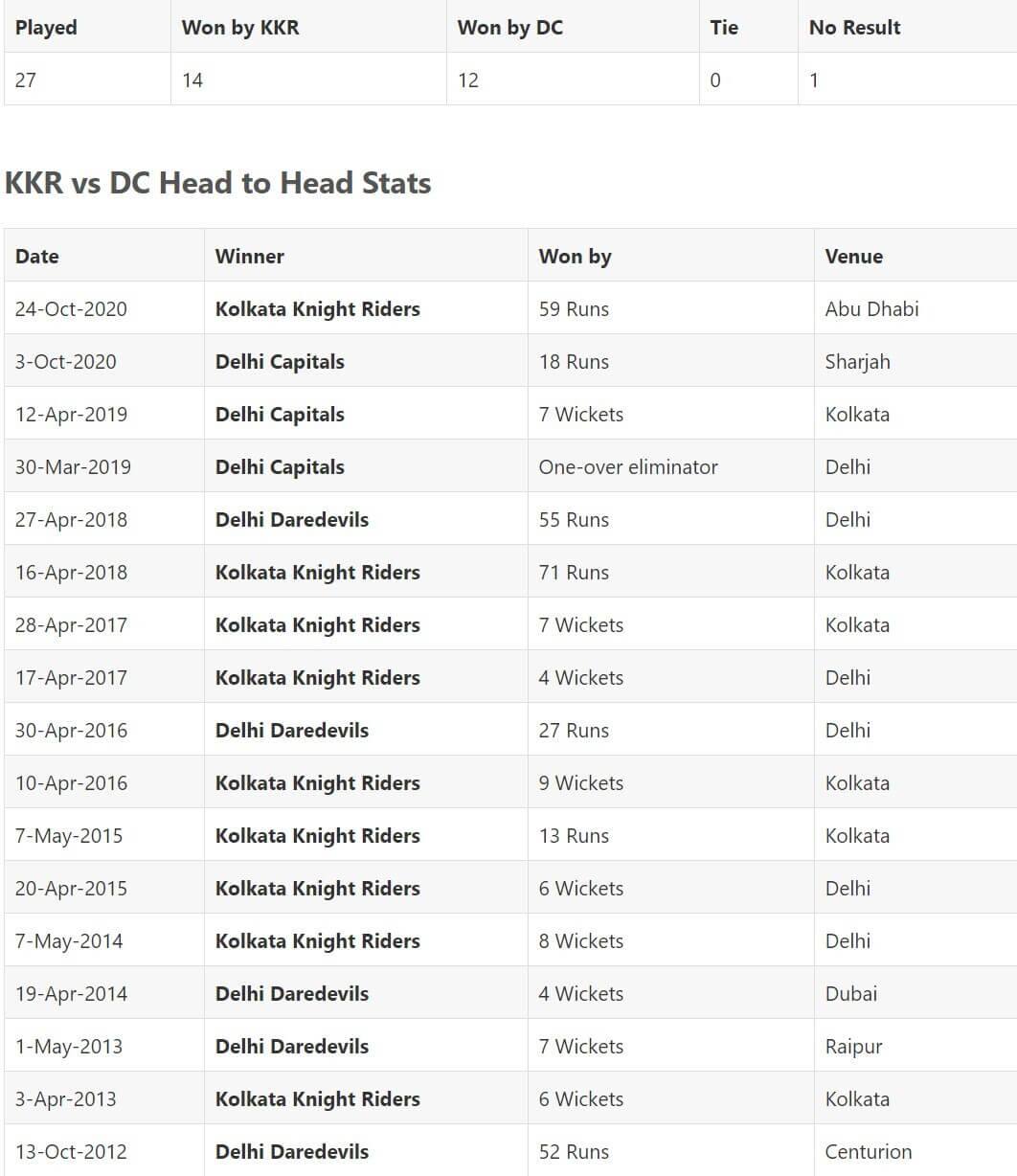 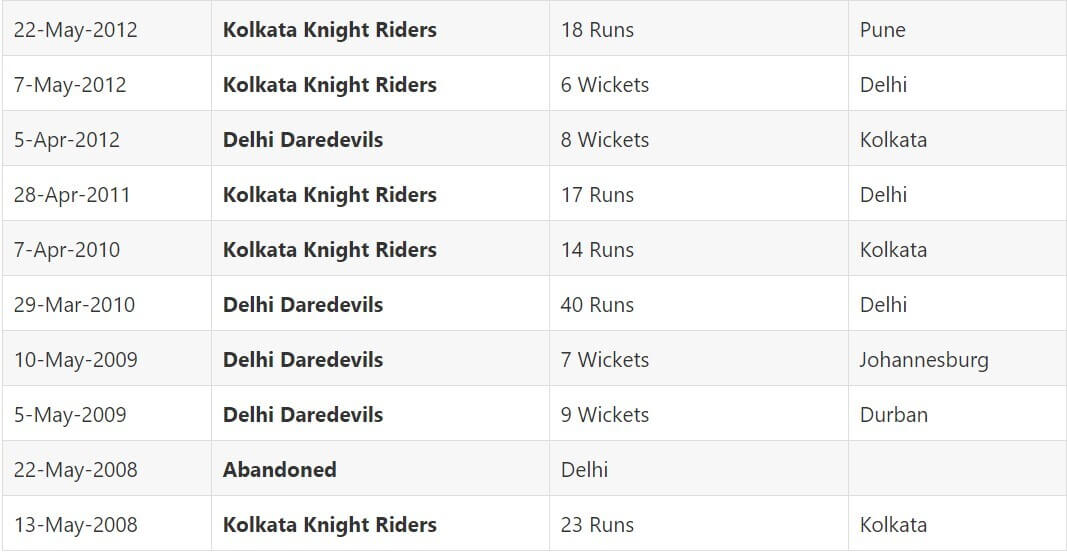 By and large, DC’s batsmen have stood up to be counted. While Dhawan has been in great form, Shaw, Smith, Yadav, Pant and Stoinis have played cameos showing us glimpses of what they can do. By contrast, KKR have been let down by their opening pair, Gill and Rana. Though Rana has had one match-winning innings, he, like Gill, has thrown away his wicket more often than not. If the in-form batsmen don’t take charge, there is too much pressure on the others. In bowling too, the DC bowlers have been more consistent than their KKR counterparts. Cummins and Krishna have disappointed and leaked too many runs while taking very few wickets.

In our DC vs KKR match prediction, we believe that DC will beat KKR in the IPL match in Ahmedabad on 29 April.

Betting odds favour DC to beat KKR in the IPL match in Ahmedabad on 29 April.

On paper, the sides are well-matched. But actual performances tell another tale. JUdging by the current form, DC have a clear edge over KKR.