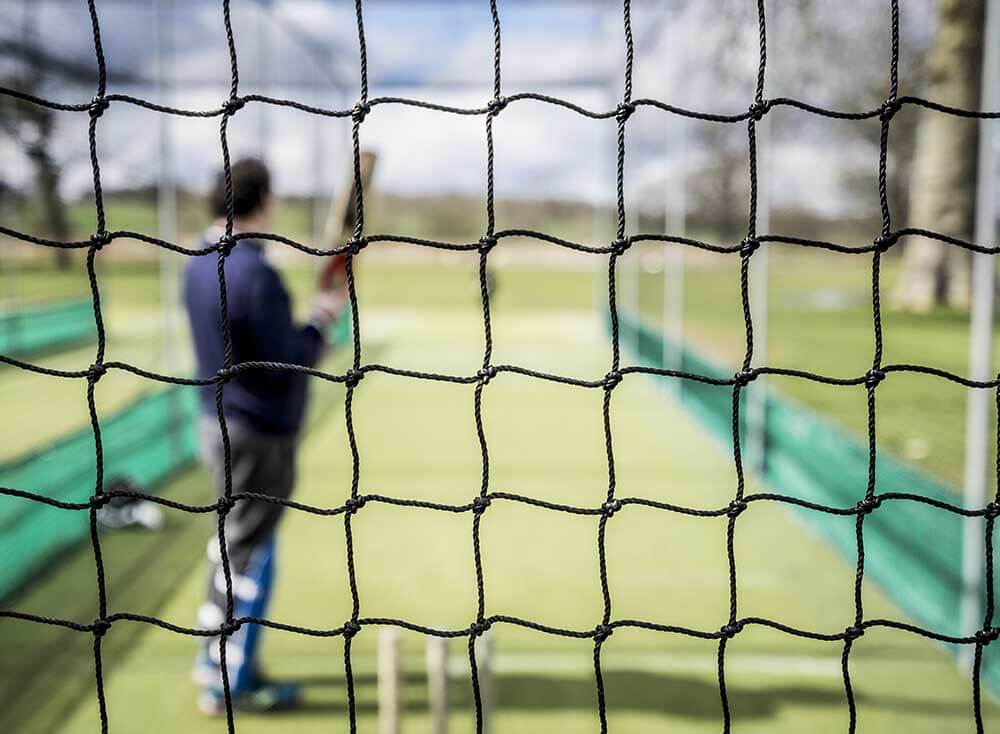 In this article, we preview Delhi Capitals vs Royal Challengers Bangalore, match 22 of the IPL 2021 to be played in Ahmedabad on 27 April. The match promises to be a thriller between two well-matched teams who are strong in all departments. RCB are currently at the top of the table, having won all three matches played. DC are two rungs below them, placed 3rd. 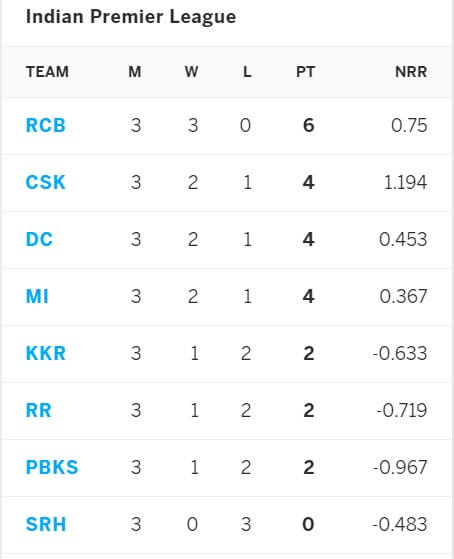 The two sides last met on 2 November 2020 in Abu Dhabi. RCB batted first and after an early loss of Josh Phillippe’s wicket, Padikkal and Kohli combined in a 57-run stand for the second wicket. At 82 for 2, RCB had a platform to build on but they lost their way because of a regular loss of wickets and finished with a score of 152/7 in their allotted overs. Apart from Padikkal (50 off 41 balls), Kohli (29 off 24) and De Villiers (35 off 21), no other batsman made a substantial contribution. Nortje (3/33) was DC’s most impressive bowler. He was well supported by Rabada (2/30) and Ashwin (1/18). The modest score was never going to trouble DC who managed to overwhelm the target with 6 wickets and an over to spare. Dhawan (54 off 41) and Rahane (60 off 46) came together in an 88-run stand after Shaw’s early departure. For RCB, Shahbaz Ahmed (2/26) shone with the ball, while M Siraj and Sundar took a wicket each.

RCB have established a 15-10 advantage over DC in the h2h comparison — the sides met 26 times in the past. Interestingly, however, DC won the last four matches between the sides. 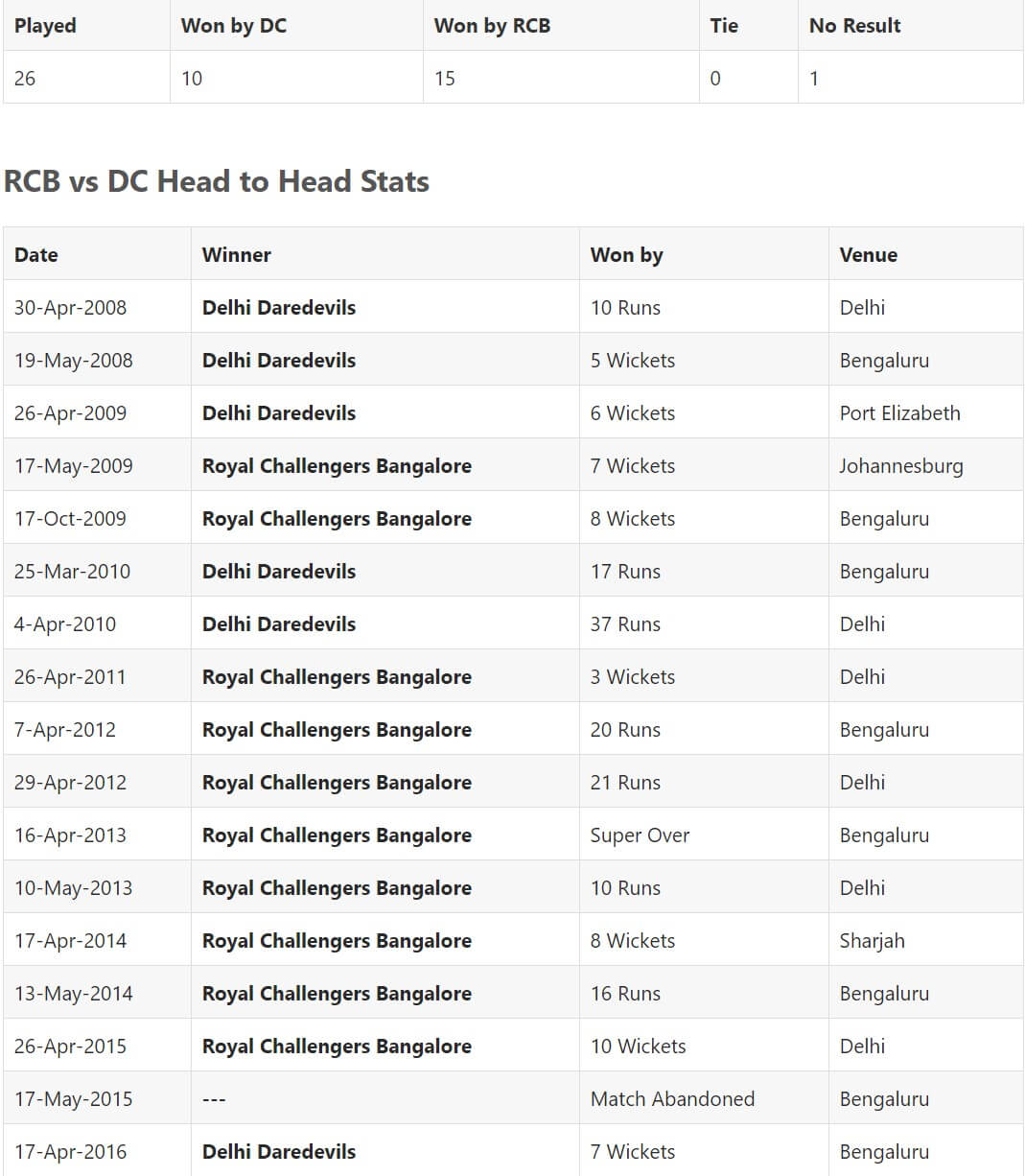 RCB appear to have found the right balance, thanks largely to the induction of Maxwell who bats at number four, allowing De Villiers to take over in the slog overs. Padikkal’s return to form against KKR was a good sign for RCB. Kohli batting at the top of the order gives the skipper time to settle down and anchor the innings. When it comes to bowling, Chahal took his first wickets of the ongoing tournament against KKR and that should be a big comfort for the team management.

Dhawan’s brilliant form against PBKS should be a warning for rival teams. Shaw has already shown that he put the disastrous tour of Australia behind him. The return of Rabada to the eleven gives DC a fast-bowling asset who must be the envy of every other franchise. However, in the absence of Shreyas Iyer, DC will have to play Smith or Hetmyer at the top of the order, thereby depriving them of the services of Nortje in their bowling ranks.

In our DC vs RCB prediction, we believe that RCB will beat DC in match 22 of the IPL on 27 April.

RCB are the only unbeaten team so far in the IPL and betting odds favour RCB to beat DC in match 22 of the IPL on 27 April in Ahmedabad.

In making our DC vs RCB prediction, we have given RCB the edge based on their performance in the first three games of the ongoing IPL.