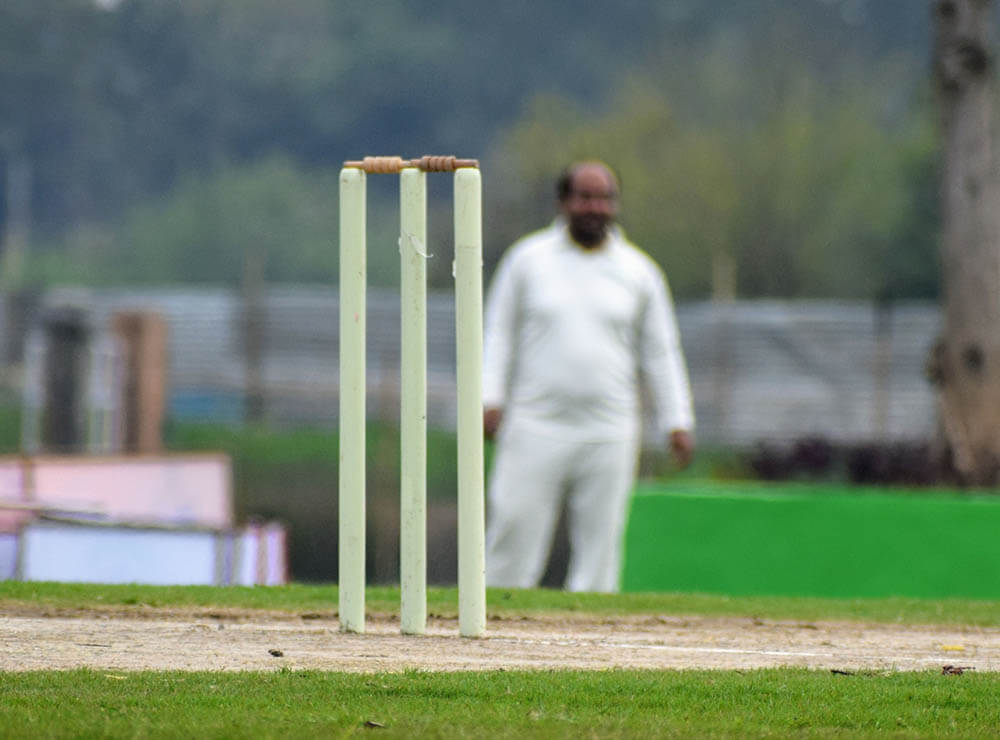 We preview South Africa vs Pakistan, the 4th T20I of a four-match series on Pakistan’s tour of South Africa at Centurion, on 16 April. At the start of the series, a new look South Africa without five of their best players away in India to play in the IPL, Pakistan were favourites. But Klaasen’s men have since upset the odds.

The teams met at Jo’burg in the 2nd T20I of the series on 12 April. Pakistan batted first and were restricted to a score of 140/9 in their allotted overs. After a bad start in which they lost both their openers cheaply to be reduced to 10/2, Babar Azam and Md Hafeez began a rescue act with a partnership of 58. But after Hafeez got out for 32 in the 11th over, the innings unravelled. George Linde (3/33) and Lizaad Williams (3/35) were the most successful SA bowlers, while Shamsi and Magala took a wicket each. The modest total was never going to be enough even against a relatively inexperienced SA batting line up who got over the line with 6 wickets and 6 overs to spare, thanks largely to Markram‘s 54 off 30 balls, with support from Klaasen (36 off 21 balls0 and Linde (20 off 10). Usman Qadir 92/26), Hasan Ali (1/16), and Md Hasnain (1/25) took the wickets for Pakistan. 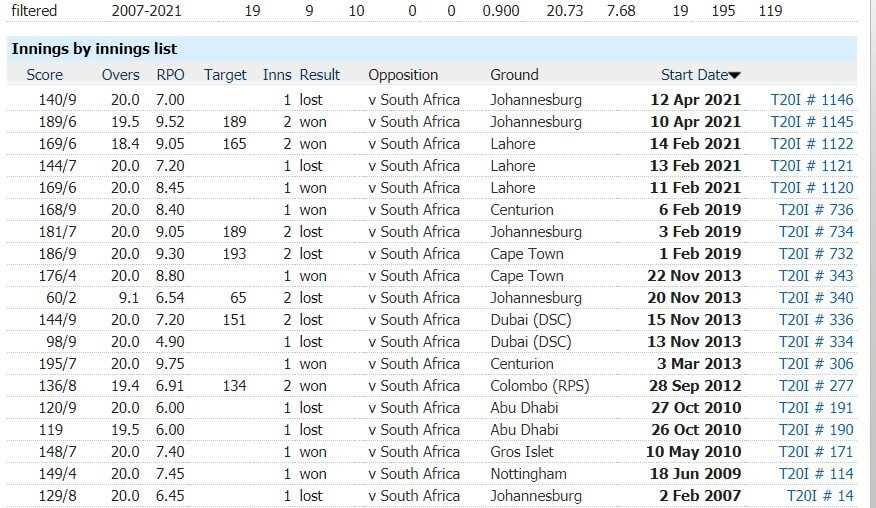 With the departure of de Kock, Ngidi, Miller, Nortje and Rabada to India to play in the IPL, Pakistan were expected to steamroll South Africa in the T20I series. That impression was strengthened after the tourists won the first match of the series in a thrilling finish. But Pakistan were never renowned for consistency. Rizwan who scored a match-winning 74 in the first game registered a golden duck in the second. Sharjeel, who replaced Zaman who had scored 27 in the first match, failed to deliver. Hafeez who was recently involved in a pay dispute with the PCB following his consistent performances over the last year has managed no more than 45 runs in two innings. Ashraf who made 30 in the first match failed to reach double figures in the 2nd. In the bowling, Pakistan’s best bowler, Shaheen Afridi has taken just one wicket in two matches while conceding a lot of runs. Hasan Ali has been the lone exception among Pakistan bowlers to perform consistently well in both matches. By contrast, SA have had consistent performances from at least two batsmen (Markram and Klaasen) and two bowlers 9Williams and Shamsi) in both games. And that has been the difference between the sides.

We have based our SA vs PAK Match Prediction purely on current form of players as displayed in previous matches of the series.