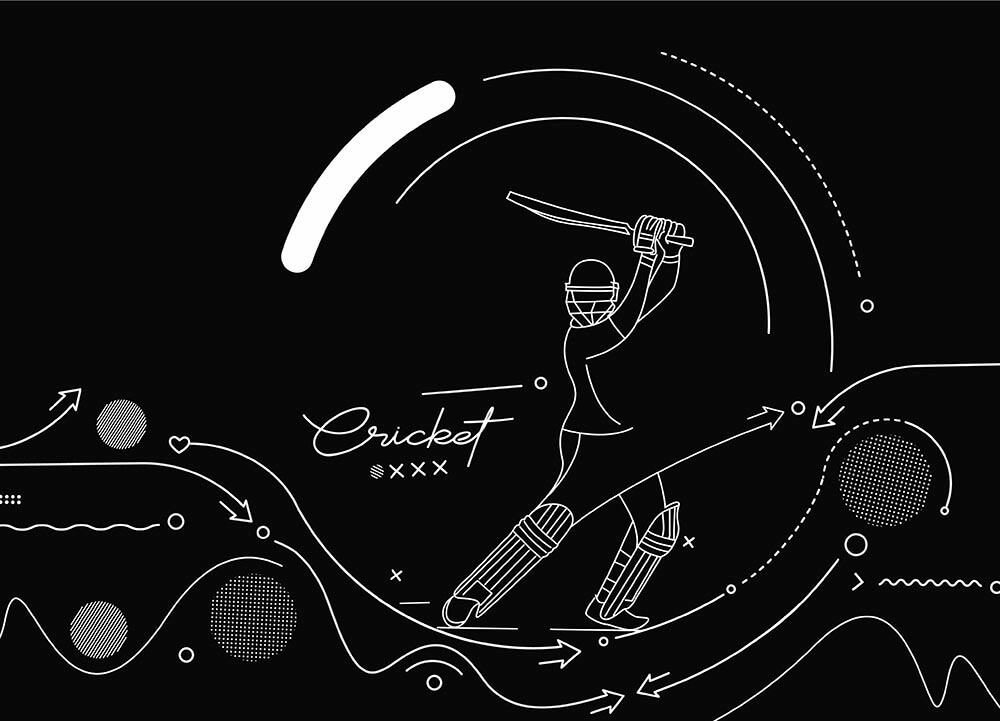 South Africa will face Pakistan in the third T20I of a four-match series during Pakistan’s tour of South Africa on April 14, 2021. This match will be held at Centurion, South Africa. Just at the start of this tour, the hosts have been riddled with injuries and player’s lack of availability, and they face a tough challenge in taking on the Pakistan team. Pakistan will undoubtedly want to win this match and the T20I series, while South Africa will be playing to keep the hopes of a series draw alive.

Pakistan and South Africa have faced each other 17 times in the past. South Africa has won 9 of the previous 17 head-to-head matches, leaving Pakistan with 8 victories. Based on their track records, both teams seem to have equal potential in T20 cricket. However, the South African team playing in this series is not at full strength, so the outcomes in this series can paint a different picture.

South Africa has struggled in this series, and stand-in Captain Heinrich Klaasen has several challenges ahead of him, the most critical of which is to pick the team’s playing 11 and prepare a strategy to win this match in order to keep the chances of a series draw alive.

Janeman Malan and Aiden Markram will have to take up the responsibility of guiding the South African batting unit. Markram who was not a part of the T20I squad was called up as the cover just before the start of this series. He is expected to strengthen the batting order. The Presence of R van der Dussen will be a great support for the inexperienced middle order of the South African team. Captain Heinrich Klaasen is expected to take up the opportunity and score runs for his team in this match. Kyle Verreynne is another young talent to watch out for in this match.

Despite the fact that this team has been suffering from a lack of key players, this might be an excellent opportunity for the young talent to play excellent cricket and make an impact on the selectors. It will be interesting to see what South Africa has to bring in this match.

Pakistan is currently ranked fourth in the ICC T20I rankings. They’ve been playing fantastic cricket during Pakistan’s tour of South Africa. Pakistan enters this T20 series having won the ODI series, which will undoubtedly boost their confidence.

In this match, Pakistan’s batting will be led by Babar Azam and Mohammad Rizwan. Babar Azam has performed admirably in the PSL tournament, being the tournament’s leading run-scorer. Mohammad Rizwan has also been impressive with the bat and will provide this batting order with the necessary support to post a high score. After playing excellent cricket in the ODI series, Fakhar Zaman will be a part of this team, adding to the power of Pakistan’s batting. In this series, Pakistan obviously has a solid batting unit and a clear advantage over their counterpart, South Africa.

Usman Qadir and Haris Rauf are strike bowlers of this Pakistan team. These senior bowlers in the team will lead the bowling attack and are expected to be destructive for the already depleted South African batting. Mohammad Nawaz and Hasan Ali will also strengthen Pakistan’s bowling unit. Pakistan can also offer young debutants a chance to perform in the bowling department, as the South African team is not at full strength, and this would be an ideal opportunity for Pakistan to test the bench strength before the T20 World Cup. Mohammad Wasim and Arshad Iqbal can be called up to the playing 11; this would be an excellent opportunity for both bowlers to establish themselves in this squad.

Given the weaker South African squad and a full-strength Pakistan team that has many alternatives for their playing 11, it offers an excellent opportunity to test the bench strength. Pakistan appears to be in a comfortable position to win this series. 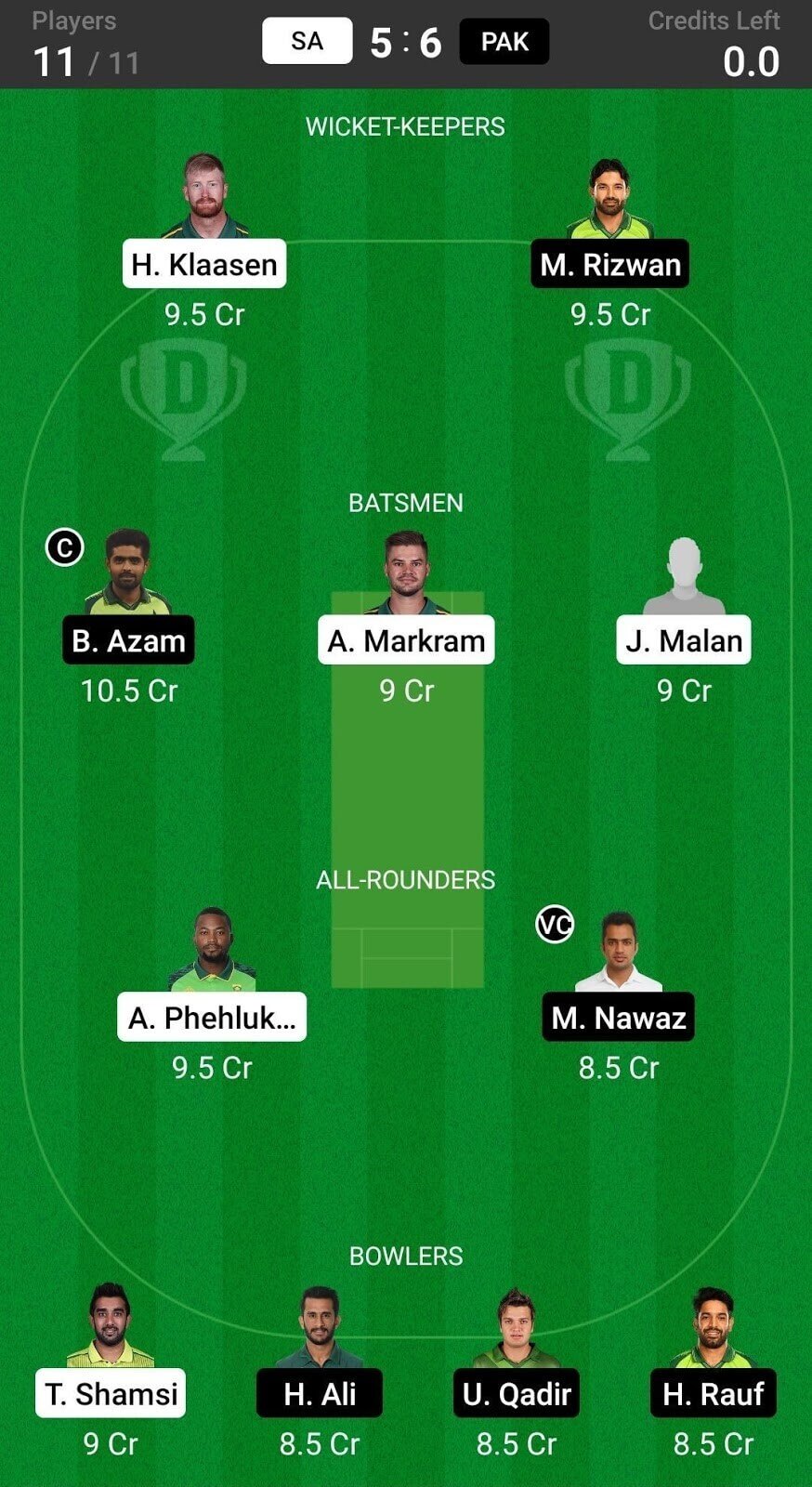 This four-match T20I series between South Africa and Pakistan should have been a tough competition because both teams would have had the opportunity to test their teams before the T20 World Cup, but due to the tour clashing with the IPL and player injuries, the Pakistan team has gained an advantage. Looking at the bright side, this scenario provides both teams with an opportunity to put their respective bench strength to the test.

We recommend adding three batsmen to this Dream11 Squad: Babar Azam, Aiden Markram, and Janneman Malan. These batsmen are a must-have in the Dream11 team based on their previous T20I record and importance in their team. Wicket Keepers Heinrich Klaasen and Mohammad Rizwan are both talented batsmen who can help their teams score quickly.

Mohammad Nawaz and Andile Phehlukwayo can be game-changers for their respective teams by contributing effectively with both bat and bowl. In the bowling department, Tabraiz Shamsi, Hasan Ali, Usman Qadir, and Haris Rauf are our picks for the Dream11 team because they have demonstrated their skill in the past and will continue to be key players in this tournament.

Since the Pakistan bowling unit is predicted to outperform the South African batting unit, the majority of Pakistan bowlers are included in the Dream11 squad. We expect that Pakistan will win this match against South Africa. Please choose your team wisely.