What is Follow-on in Cricket? 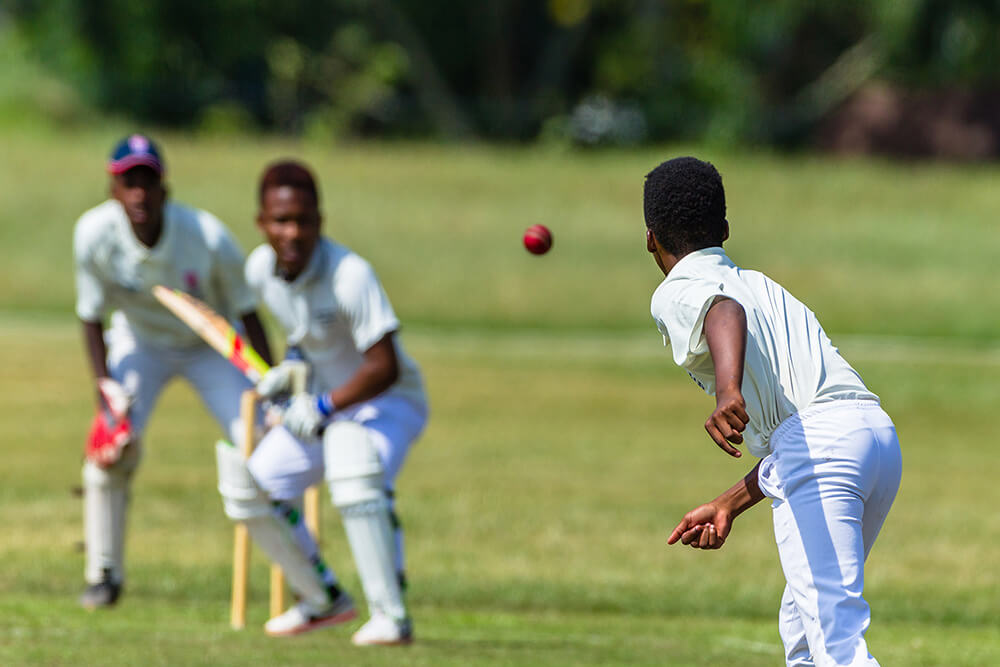 Those who are just getting introduced to cricket can get confused about the game’s longer formats in which matches go on for multiple days. One needs sufficient knowledge of the sport’s rules to stay updated and understand what is happening on the field during various phases of a match. A rule that generally confuses many people is follow-on. In general, the situations when this rule can be implemented don’t occur often and, therefore, in most cases, casual fans are not aware of the details this rule contains. This article will explain all the specifics of the follow-on, reveal the reason captains decide to enforce it and highlight its advantages and disadvantages.

How to Calculate Follow-on Score in Cricket

The follow-on rules differ from match to match, depending on its duration:

To clarify the follow-on rules, let us give you an example of a 5-day Test match played between India and Sri Lanka. India, batting first, get a total of 400 runs, while Sri Lanka score only 150. The captain of the Indian team has now the power to enforce the follow-on as his team have achieved a lead of over 200 runs. He can ask the opposing team to bat again, trying to win in innings or he can choose to follow the regular order of the match and begin the second innings for India, trying to achieve a huge score to chase. Both of these paths have their own benefits and drawbacks that have to be taken into consideration.

Benefits of Imposing the Follow-on

There are many good reasons to implement the follow-on.

First of all, your team will get a big confidence boost, the bowlers in particular, as they will definitely be happy that their captain believes in their ability to capture the remaining 10 wickets for an innings victory.

Furthermore, the opposing side will face a significant psychological blow as they will fall far behind. In general, their chances of winning the match will be drastically reduced. In a multiple-match series, the team batting first will get the upper hand, if they enforce the follow-on and score an innings victory early in the series.

Needless to say, when the follow-on is implemented, the match can end faster and your team will have an opportunity to have a good rest to prepare for the next match.

Moreover, if your bowlers are still rather fresh and the conditions of both the  pitch and weather are ideal for bowling, you can impose the follow-on, giving your bowlers a chance to make the best of the opportune conditions.

Drawbacks of Implementing the Follow-on

Undoubtedly, there are certain circumstances when captains should rather bat again to stay on the safe side.

If your bowlers feel very tired after the first innings, you would be better off not enforcing the follow-on. Otherwise, the opposing side could achieve a high score, setting a big target for you to chase in the fourth innings.

Moreover, if the wicket is deteriorating and looks likely to favour the bowlers in the fourth innings, you should do your best to avoid such difficult batting conditions. In this situation, you’d rather bat again, reaching a huge overall total. In addition, the bowlers can make use of helpful bowling conditions in the last innings to try and score a big win for your team.

Other Aspects to Remember

If the first day’s game is lost because of the unfavorable conditions or due to some other reasons, umpires will modify the follow-on regulations to reflect this change. In this case, as the match is now classified as a four-day one, a first innings’ lead of 150 runs is needed to enforce the follow-on. However, this change is not applied if a day is lost in the middle of a test match as in such situation, the start of the first day would already mean it is a five-day match.

As mentioned above, there have been only three occasions in Test cricket when teams got over the follow-on disadvantage and won the game. An example of a truly miraculous fightback happened during the test match between India and Australia played in Kolkata in 2001.

The Australian team batted first and looked dominant, having scored 252 against 4. However, India’s Harbhajan Singh struck back and claimed a hat-trick. He became the very first Indian bowler to achieve it during a test match. The feisty off-spinner claimed 13 dismissals in the game to play a huge role in India’s famous win.

Australia scored 445 runs in the first innings and India replied with 171 which meant the Indians had to follow-on. In the follow-on innings, India had 232/4 when Rahul Dravid and VVS Laxman teamed up to share a 376-run stand which helped India declare 657/7.

England also have a history of winning test matches, having been forced to follow-on. They accomplished it twice, first in 1894 and then in 1981. However, India holds the record for the biggest victory margin (171 runs) in three games.

In reply, England were skittled out for just 174 with the ferocious Dennis Lillee bagging 4/49. Australia’s other two fast bowlers, Tim Alderman and Geoff Lawson, claimed 3 wickets each. England, thus, had to face the follow-on. In their second innings, England was down 5/105 when Botham took the stage. The English skipper Mike Brearley instructed this burly all-rounder to slash hard to score runs on this seamer-friendly wicket.

Botham followed the advice and smashed 149 from just 148 balls. For the 8th wicket, Graham Dilley kept him company and the duo scored 117 runs in 80 minutes. Thanks to the heroes of the game, England ended up with 356, leaving the Australians with 130 to chase.

England’s fast bowler Bob Willis, with his incredibly high bowling speed, made it into the Australian batting. The Australian batsmen had nothing to reply with to Willis’s pace and accuracy. The Australians were dismissed for 111, leaving the English team at an advantage of 18 runs. Willis bagged 8/43 which played an important role in the win. Botham contributed 1/14.

We hope this article has cleared any confusion you might have had about the follow-on rule in cricket. If you’re the captain and face a situation in which you need to choose whether to enforce the follow-on or not, try to consider all possible advantages and disadvantages of the move, pay attention to the playing conditions and your bowlers’ energy levels before making the final decision.