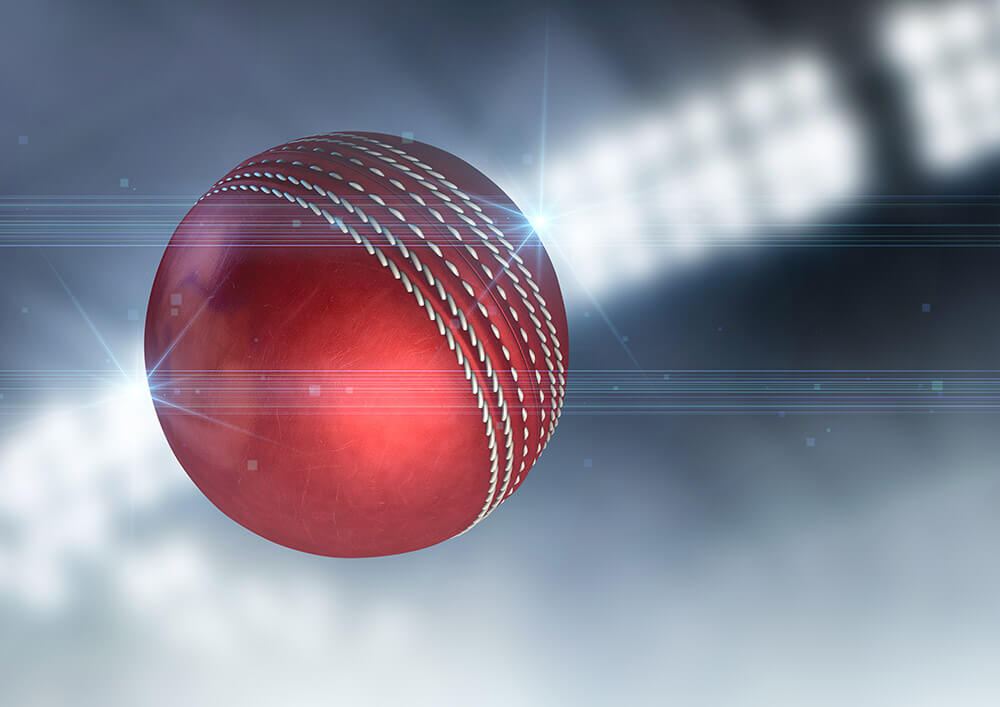 The Indian Premier League (IPL) is famous for big sixes and hard-hitting batsmen. Equally beautiful is the sight when the pacers bowl inswinging yorkers or the spinners bamboozle the batsmen with flight and turn. In the Super Overs, all eyes are on 1 bowler and 3 opposition batsmen. Bowlers not only set the game of a T20 but they are instrumental in winning it.

Here’s the list of players ranked as per the number of wickets taken.

Most of these bowlers have played for multiple franchises. The abbreviations of the franchises given next to their names are their current owners. We have Malinga at the top who has been truly exceptional in the IPL. Overall, there are 4 players from Chennai Super Kings (CSK), followed by 2 from Delhi Capitals (DC) and 1 each from Mumbai Indians (MI), Sunrisers Hyderabad (SRH), Kolkata Knight Riders (KKR) and Royal Challengers Bangalore (RCB).

Let us take a look at each of them and pay attention to their careers.

Lasith Malinga, a Sri Lankan legendary fast bowler who has represented Mumbai Indians (MI) in the IPL, is the all-time highest wicket-taker in the IPL. He is far ahead of the next bowler on the list with 23 more wickets, that too in 26 fewer innings compared to Amit Mishra placed second.

Malinga has bowled 471 overs in 122 IPL matches so far and has bagged 170 wickets at an average of 19.8 with an amazing economy rate of close to just 7 runs an over. It is even a more phenomenal feat considering he has bowled at the death for Mumbai Indians most of the time.

Malinga won the Purple Cap in the IPL 2011, taking 28 wickets in 16 matches, second-highest in the history of the IPL in a season behind Bravo’s 32 wickets in 2013. His best bowling figures of 5 wickets for 13 runs came in the same season in 2011 against Delhi Daredevils when the DD were skittled for just 95 runs. Malinga’s economy that season was incredible, under 6 runs an over. He has taken 20 or more wickets in 4 different IPL seasons. Overall, Malinga has received 6 Man of the Match awards and has 6 four-wicket hauls and 1 five-wicket haul in the IPL.

Amit Mishra is an Indian right-arm leg-spinner who has played for 3 different IPL franchises over the years, namely Delhi Daredevils, Deccan Chargers and Sunrisers Hyderabad. He is second on the list of the leading wicket-takers in the IPL with 157 wickets in 148 innings. He averages on a slightly higher side with an average of 24.34 with a good economy of 7.33 per over.

Mishra has mainly bowled in the middle overs and has developed a very good googly, bamboozling batsmen over the years. He has played in all IPL editions since its inception with 2015 being his best season when he picked up 21 wickets in 17 matches with an economy of under 6.5 runs per over. Mishra has taken more than 10 wickets in all seasons except for 2014 and 2015.

His best bowling figures of 5 for 17 came for Delhi Capitals (Daredevils then) in the inaugural season in 2008 against Deccan Chargers to help DD defend 194. He has taken 3 four-wicket hauls and 1 five-wicket haul in the IPL.

Piyush Chawla, another right-handed leg-spinner, is third on the list of the leading wicket-takers in the IPL. He has played for Kings XI Punjab (KXIP) and Kolkata Knight Riders (KKR) in the past and is currently playing for CSK. He has played in all IPL seasons since the maiden league’s season in 2008.

His best bowling figures of 4 wickets for 17 runs came playing for KXIP against RCB in the 2011 IPL. Defending 232, Chawla helped skittle RCB for just 121 runs. This was one of his only two four-wicket hauls in the IPL.

Legendary Indian Test bowler Harbhajan Singh is fourth on the list of all-time best wicket-takers. The right-arm off-spin bowler has played for Mumbai for most of his IPL career. Currently, he is playing for Chennai Super Kings (CSK).

Harbhajan Singh has taken 150 wickets in 160 IPL matches played so far with an average of 26.44 and an economy of just 7.04 runs per over. He has taken part in all seasons of the IPL, however, he is missing the current one held in the UAE due to personal reasons.

Harbhajan has been a little up and down in his performances over the years. The IPL 2013 was his best season with 24 wickets in 19 matches. He has had 5 seasons with less than 10 wickets. His best performance came for Mumbai Indians (MI) against his current franchise, CSK. In 2011, he took 5 wickets for 18 runs and helped MI defend 164 successfully. Overall, Harbhajan Singh has taken one 4 and 5-wicket haul each. He has been awarded Man of the Match in the IPL on 8 occasions.

Placed fifth, Dwayne Bravo is another CSK bowler included in the list of the leading wicket-takers. He is a medium pace bowler who depends a lot on bowling variations. He has played for Mumbai Indians (MI) and Gujrat Lions (GL), mostly playing for CSK throughout his career.

His best bowling figures of 4 for 22 came for Gujrat Lions against Kings XI Punjab in 2016. He has won 3 Man of the Match awards and has 2 four-wicket hauls in the IPL.

Bhubaneshwar Kumar, an Indian pacer, is 6th on the list of the leading wicket-takers in the IPL. He has played for Sunrisers Hyderabad (SRH) for most of his career. He also played for Pune Warriors for a few seasons.

Bhuvneshawar Kumar has taken 133 wickets in 119 matches at an average of 24.12, third-best on this list, and an economy of 7.25 runs per over. Kumar began his IPL career in 2011 and has taken part in all seasons since. He has won two consecutive Purple Cap awards in seasons 2016 and 2017, taking 23 and 26 wickets in 17 and 14 matches respectively. He has been the only player to be awarded consecutive Purple Caps.

His best bowling figures of 5 wickets for 19 runs came for SRH against KXIP. He helped defend a small total of 159 getting KXIP all out for 154. He has 5 Man of the Match awards in the IPL and has taken 1 five-wicket and 2 four-wicket hauls.

Ravichandran Ashwin, a right-arm off-spinner, is placed 7th on the list of the leading wicket-takers in the IPL. He has played for Chennai Super Kings (CSK), Kings XI Punjab (KXIP) and Rising Pune Supergiants (RPS). Currently, he is representing Delhi Capitals (DC).

Ashwin has taken 127 wickets in 140 matches with an average of 26.07 and an economy rate of 6.78 runs per over, second-lowest on this list. He made his IPL debut in 2009 and has played in all seasons since. He has taken 10 or more wickets in all seasons except for 2009 in which he played just 2 matches. The 2011 IPL was his best season with Ashwin taking 20 wickets in 16 matches at an average under 20.

His best bowling figures of 4 wickets for 34 runs came for Rising Pune Supergiants (RSP) against KXIP. He got 4 of the first 5 wickets in a winning cause. He has won 2 Man of the Match awards and has taken 1 four-wicket haul in the IPL.

Sunil Narine, a charismatic Caribbean spinner, is 8th on the list of the all-time best wicket-takers in the IPL. He has been playing IPL since 2012 and has represented KKR in all seasons.

Narine has taken 123 wickets in 112 matches played so far in the IPL with an average of 23.56, second-best behind Malinga at the top, and an economy of 6.67 which is the best one among the bowlers on this list. His first IPL season in 2012 was his best season with 24 wickets in 15 matches. In the first three seasons, he took more than 20 wickets a season.

His best bowling figures of 5 wickets for 19 runs came in 2012 against KXIP, helping restrict the opposition for 134. Nevertheless, KKR lost that match. Overall, Narine has been awarded 9 Man of the Match awards and has a hat trick in the IPL as well. He has 1 five-wicket and 6 four-wicket hauls.

Indian express pace bowler Umesh Yadav is placed 9th on the list of the leading wicket-takers in the IPL. He started playing IPL in the 2010 season and has played in every season since. He has represented Delhi Capitals (DC) and Kolkata Knight Riders (KKR) and is currently playing for Royal Challengers Bangalore (RCB).

Umesh Yadav has taken 119 wickets in 121 matches at an average of 30.07, the worst among the participants of this list, and an economy of 8.51, also the worst among the players on this list. He has been an erratic bowler with little peaks in between. The IPL 2018 was his best season with 20 wickets in 14 matches. His best bowling figures of 4 wickets for 24 runs came in losing cause against Rajasthan Royals (RR) in the 2013 IPL. Overall, Umesh has received 8 Man of the Match awards and has taken 2 four-wicket hauls in his IPL career.

At the end of this list, we have Ravindra Jadeja who is a left-arm orthodox spinner. He has played in all IPL seasons, except for the IPL 2010, since the inaugural one in 2008. He has spent most of his career with Chennai Super Kings (CSK). He has also represented Rajasthan Royals (RR), Kochi Tuskers Kerala (KTK) and Gujrat Lions (GL).

Ravindra Jadeja has taken 110 wickets in 173 matches at an average of 29.8, second-worst on this list, and an economy of 7.66 runs per over. The IPL 2014 was his best season when he took 19 wickets in 16 matches. His best performance of 5 wickets for 16 runs came for CSK while playing against Deccan Chargers in 2012 when he helped skittle the opposition for a meagre 119 runs defending 193. For Ravindra Jadeja, his accuracy has been his best weapon.

Ravindra Jadeja has received 8 Man of the Match awards so far and has taken 1 five-wicket and 3 four-wicket hauls in the IPL.