Most Catches in the IPL 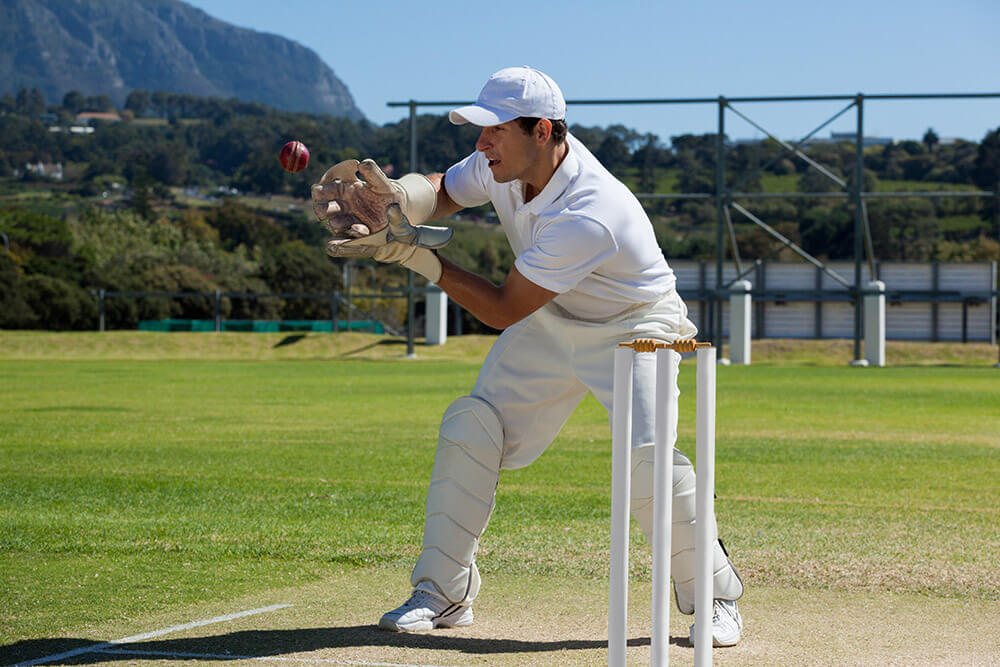 Fielding is a vital component across all three formats of cricket. In fact, it is pretty underrated as well, especially in T20 cricket. The game goes around and turns so quickly that a dropped catch or a missed opportunity might well cost the team very dearly. Hence, like batting and bowling, fielding has revolutionised and evolved big time ever since the inception of T20 cricket.

Needless to say, it has been no different in the Indian Premier League (IPL). The fielding has evolved in the cash-rich T20 league as well. We have seen some terrific bits of fielding. Be it direct hits, super saves or spectacular catches, the IPL has seen it all. With the focus on fielding and fielders, the question arises who has taken the most catches in the IPL history so far? Well, let’s see how the land lies and list down the top 10.

Top 10 Players with Most Catches in the IPL

It is no surprise that Suresh Raina is at the top here. While he has been very good with the bat, Raina has also contributed big time to fielding. With 102 catches, he has the most catches in the history of the IPL. There is no doubt that the Uttar Pradesh lad is an excellent fielder. Moreover, a lot of people rate him very highly. Be it in the slips or inside the 30-yard circle or on the boundary line, Raina has been brilliant all around. He has the ability to save a lot of runs.

AB de Villiers has played a key role in the revolution of fielding in T20 cricket. The South African star is a proper 360-degree. Not only because of his ability with the bat and the fact that he plays shots all over the ground, but it is also due to his ability on the field. De Villiers can field anywhere. He can even pun on gloves and do an excellent job as well. In fact, he was Royal Challengers Bangalore’s (RCB) wicket-keeper in 2011 and 2012 as well. He took nine catches and affected seven stumpings.

He is one of the very few overseas players who has featured in every single season of the IPL so far. In his IPL career, the retired South African superstar has 84 catches to his name as a fielder. Across 12 seasons, de Villiers has pouched more than 10 catches twice. On both occasions, he ended up taking the most catches in a particular season (13 in 2009 and 19 in 2016). Furthermore, de Villiers holds the record for the best catches per innings ratio (0.694) for any fielder who has taken at least 25 catches.

Rohit Sharma has taken the third spot of the list of most catches in the IPL. He has been a consistent fielder right from the start of his career. The current Mumbai Indians (MI) skipper is a safe slip catcher and is good in the outfield as well. Overall, the Mumbaikar has played 188 IPL matches and has taken 83 catches in the league.

Rohit started his IPL career with Deccan Chargers and stayed there until 2010 before he was bought by MI in 2011. He took 22 catches in the first three seasons with Deccan Chargers and 61 catches with Mumbai in the last nine seasons. Barring the 2016 and 2019 season, where he took just two and four catches respectively, Rohit has taken at least five catches every season with the highest being 13 catches in 2012. In 2012, Rohit registered the most catches in the season.

The West Indies cricketers have been a big part of the T20 revolution. Kieron Pollard has been one of its pioneers. He has been one of the big players for Mumbai Indians (MI). Not only has he contributed with the bat but his contributions on the field have been huge as well. Despite being a big man, Pollard is one of the most athletic players. Hence, there is no surprise that the Trinidadian makes it to the fourth spot on the list of most catches in the IPL.

The West Indian all-rounder usually fields inside the 30-yard circle (a backward point on most occasions) and guards the boundary rope after the six-over mark. He has taken 83 catches across 10 seasons and some of them have been absolute blinders. The least number of catches in a single season was four taken in 2018. However, in that season, he even played the least number of games. In his career, Pollard has topped the list of the most catches in a season twice (2011 and 2017). In the 2011 season, he took 10 catches while in the 2017 season, he climbed to the top of the list with 15 catches.

Another West Indian player on the list, Dwayne Bravo has been one of the top overseas players ever since the inception of the IPL. In fact, so far there has been only one season missed by the cricketer  – 2017, which was because of a hamstring injury. In these 11 seasons of the Indian T20 league, Bravo has been a very good fielder, especially in the outfield. He is very athletic, can cover good ground and has taken some brilliant catches, especially along the boundary rope.

Bravo may have been one of the top all-rounders in the IPL proving himself very good with both bat and ball. He has been very good on the field as well and has taken 74 catches which puts him fifth on the list of most catches in the history of the IPL. He got to the top of the list of most catches taken in a single season of the IPL twice – in 2013 and 2015. In the 2013 season, Bravo took 14 catches while he took 13 catches in the 2015 season. His catch per innings ratio is 0.556.

There are very few IPL records where Virat Kohli’s name doesn’t feature. Hence, he simply had to be on this list. The current Indian and Royal Challengers Bangalore (RCB) skipper is one of the fittest cricketers in world cricket. He is super athletic and is a fine fielder. However, he does have a tendency to drop a few in the slips but he rarely stands in the slip cordon in the IPL games.

Kohli is brilliant in the outfield as well as in the inner 30-yard circle. He usually fields at long-off, long-on or deep mid-wicket during the latter stages of the game and he truly makes a big difference. The RCB skipper has taken some excellent catches and continues to do so. Overall, in his 177-match IPL career, the Delhi born batsman has picked up 73 catches. However, it’s slightly surprising that he hasn’t taken more than 10 catches even in a single season of the IPL. His catch per innings ratio of 0.417 is also the second-lowest on the top 10 list of most catches in the IPL.

This is a little bit of a surprise. Shikhar Dhawan has been around for a long time now and has been a part of the IPL since its very beginning. Yet, one doesn’t really associate him with catching. However, he slots in at number seven. In the 159 matches Dhawan has played so far in the cash-rich T20 league, he has taken 68 catches with an innings per catch ratio of 0.427.

The left-handed opening batsman from Delhi has played for as many as four teams in the IPL so far. However, he has played the most number of seasons for Sunrisers Hyderabad (SRH) and, hence, has taken the most of his catches for them as well. Out of his 68 catches, 38 came for SRH while nine came for Mumbai Indians (MI). He took 11 catches for Deccan Chargers in the two seasons played (2011 and 2012) and 13 catches for Delhi. In 2018, Dhawan even ended up with the most catches in a single IPL season – 12.

Manish Pandey is one of the most underrated fielders of the current generation. He has the ability to cover some good ground and has a very safe pair of hands as well. The Karnataka lad has played 128 games in his IPL career so far and has taken 63 catches. Apart from the 2008 season where he played just three games for Mumbai Indians (MI), Pandey has taken at least three catches every season.

Overall, Pandey has played for five IPL teams and, barring MI, has taken at least 10 catches for every team. He has picked up the most catches for Kolkata Knight Riders (KKR) – 22. Meanwhile, he has 10, 12 and 16 catches for Royal Challengers Bangalore (RCB), Pune Warriors India (PWI) and Sunrisers Hyderabad (SRH) respectively. The most number of catches taken in a single season is nine. His catch per innings ratio currently stands at 0.484.

Perhaps, Ravindra Jadeja is one of the fastest and swiftest Indian cricketers on a cricket field. The left-hander is one of the best fielders in the current Indian lineup and is rated very highly as well. Therefore, Jadeja is the joint-eighth-highest among the IPL cricketers with most catches. However, there is one detail that is rather surprising. Among the players included in this list of top 10 fielders with most catches in the IPL, Jadeja’s catch per innings ratio is the worst as it stands at 0.372.

However, there is no doubt in Jadeja’s ability on the field. He is like a cheetah, able to chase down anything and to take some fabulous catches. He usually fields at the backward point at the start of the innings before patrolling the boundary line towards the fag end and death overs of a T20 (IPL) innings. Overall, in the IPL, the Saurashtra all-rounder has taken 63 catches. More than 71% of those catches (45) have come while representing Chennai Super Kings (CSK). 11 came for Rajasthan Royals (RR) while he took five for Gujarat Lions (GL) and just one for Kochi Tuskers Kerala (KTK).

David Warner rounds up this top-10 list of most catches in the history of the IPL. The New South Wales cricketer has been a big part of the IPL over the last few years. While he has been wreaking havoc with the bat, he has also been contributing to fielding. He is another fielder who is equally good inside and outside the 30-yard circle. Warner doesn’t usually stand in the slip and it is more at mid-off and mid-on even in the powerplay which generally turns into patrolling long-off and long-on boundary post the six-over mark.

The Australian opening batsman has played 10 seasons so far (starting from 2009 but missing the 2018 season) and has taken 54 catches. He has a catch per innings ratio of 0.432. Moreover, he is the only player on this top-10 list who has taken four catches in an IPL innings, which is the joint-most in the history of the Indian T20 league. Out of his 54 catches, 32 have come in his last five seasons when he has represented Sunrisers Hyderabad (SRH) and the other 22 catches were taken in his first five seasons while playing for the Delhi Daredevils (now, Capitals).