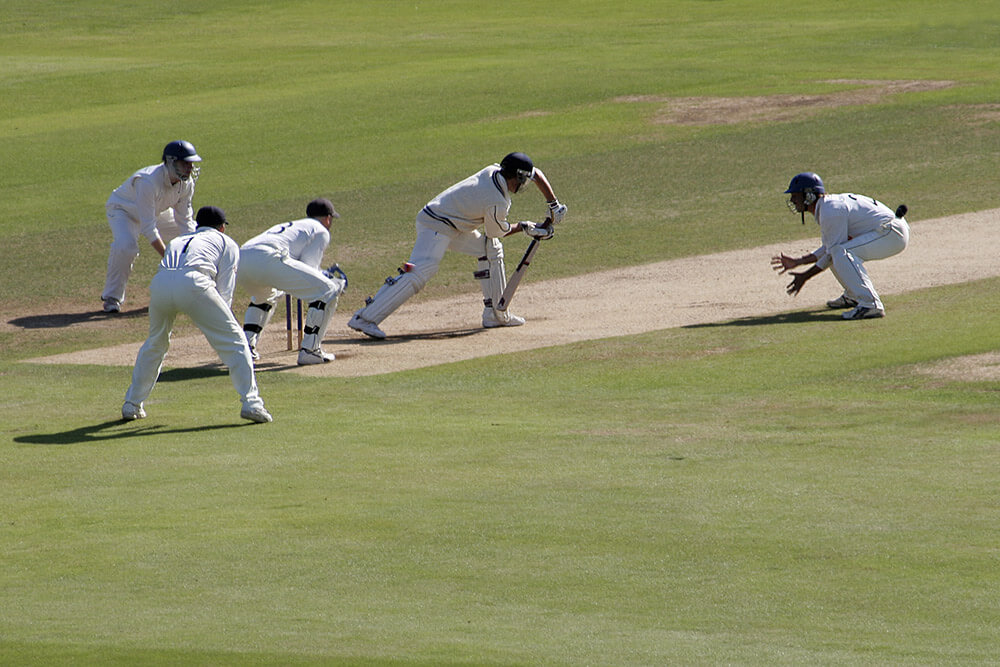 Cricket is a batsman’s game. Audiences at cricket matches most of all love seeing high-scoring matches in which teams try to chase down huge targets. Powerplay rules were introduced to encourage batting teams to score more runs, knowing that many fielders were required to remain inside a thirty-yard circle. Thus, a ball hit over the head of a fielder was more likely to reach the fence, given that fewer fielders were outside the circle to be able to stop a boundary hit.

There is a mandatory powerplay in T20 matches that is restricted to the first six overs. During this phase, the fielding side cannot have more than two fielders outside the thirty-yard circle. Overs seven to 20 are non-powerplay overs and during this period, the fielding side is allowed to have a maximum of five fielders outside the thirty-yard circle.

What are the Powerplay Rules in Cricket?

Powerplay rules apply only to limited-overs cricket. There are differences between the ways the rules are applied in T20 games and ODIs.

How the Powerplay Rules Evolved

The current ODI powerplay rules became effective on 5 July 2015. Under the new rules, a match was to be divided into three powerplay segments and there would no longer be any restriction related to fielders in catching positions.

Ireland scored 93 runs in the first six overs of a T20I against the West Indies in Granada in January 2020, setting a record for the most runs scored during a T20I powerplay. Openers Kevin O’Brien and Paul Stirling were the men who set the record in a thrilling match that Ireland went on to win by four runs. While O’Brien scored 48 from 32 balls, Stirling made 95 off 47 balls. Between the two, the players hit ten sixes.

Sri Lanka scored 133 for no loss in the first 10 overs of an ODI against England held at Leeds in July 2006, setting a target for the most runs in the mandatory powerplay of an ODI. Chasing a daunting target of 322 to win, Sri Lanka accomplished the target in 37.3 overs, losing just two wickets in the process. Both openers helped themselves to centuries: while Jayasuriya made 152 off 99 balls, Tharanga hammered 109 off 102. However, the Sri Lankan batsmen do not own the record for any 10 overs of an ODI. That was set by Pakistan against Zimbabwe at Multan in 2004. At the end of 40 overs, Pakistan were 147/6. After the 50th overs had been bowled, their score stood at 292/7, registering a record of 145 runs made between overs 41 and 50.