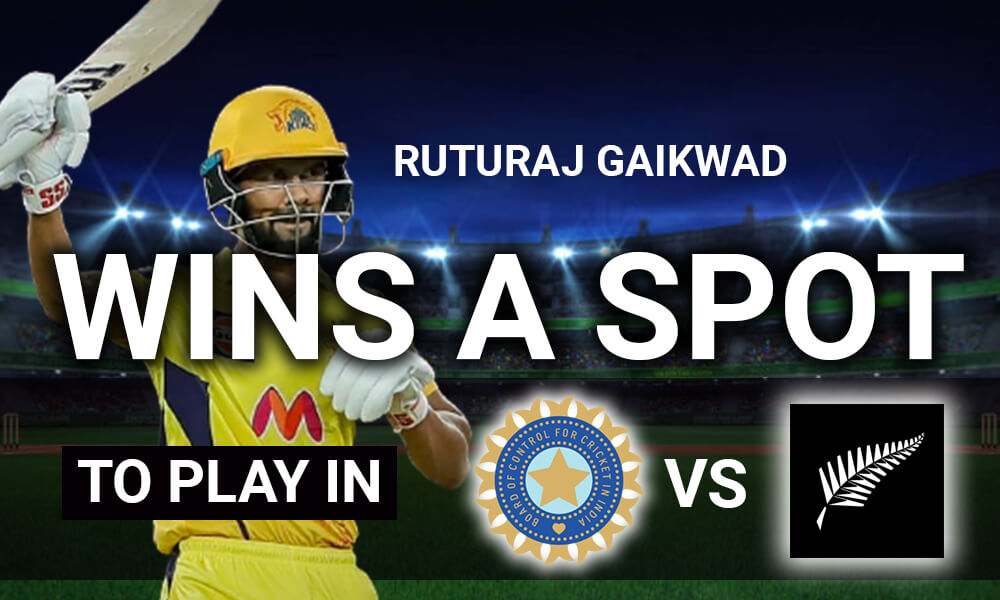 Despite the unbeaten score of 187 in India A vs. Sri Lanka A back in 2019, Ruturaj Gaikwad has finally hit the headlines after his amazing stint on the IPL stage for the very first time. The fact that he was diagnosed with COVID-19 on arriving in the UAE before last year’s IPL makes his accomplishments of this year even more special.

Now, he is that one player who might have made some difference to the team’s fortunes in the T20 cricket World Cup. However, despite being the youngest Orange Cap winner (635 runs) in the IPL and the star of the title-winning campaign of CSK, he did not find a place in the national team.

Nevertheless, it seems Gaikwad is not the one to dwell on the past. His form remained unflinching in the Syed Mushtaq Ali tournament. The young gun is now putting all his attention to making the most of the opportunity to play for India in the T20 cricket series against New Zealand that starts on Wednesday.

In a recent interview, Gaikwad spoke at length about MS Dhoni’s inspiration and the way Rahul Dravid had helped him improve his batting. Here’s the summary of what Gaikwad had to say about his influences, inspirations, and future goals.

From a Rougher Patch to Being the Orange Cap Winner

Being quarantined for a long time right before the start of the IPL 2020 was certainly difficult for the young player. It also explains why his first few IPL performances were lacklustre. Within just two days of being free from quarantine, Gaikwad got drafted in CSK because Ambati Rayadu was injured.

He started his initial stints in the middle order because the openers of the team were already doing great. The management must have placed a lot of faith in him to think that he would be useful even after not getting sufficient practice sessions.

But Gaikwad mentioned that he had not been in the right mindset. It was hard for him to get used to those bright lights right after coming out of the quarantine, which affected his ability to judge the balls properly.

After being knocked right out of the tournament, he got the opportunity to play as an opener against Mumbai Indians. Though he did not score exceptionally, the fact that Dhoni told him not to worry about his place in the team gave him courage.

Dhoni assured Gaikwad that the management had complete faith in his abilities, so all he had to do was simply enjoy the game. It changed his approach towards the game. According to him, he started enjoying his “time on the pitch and batted with freedom.”

The results were soon evident. Though he knew that he always had it in him, he never expected to take home the prestigious Orange Cap.

The Journey from the Middle Order to the Opener

Gaikwad claims that his focus has always been on being a finisher because that is the mindset he is used to. The smaller changes he brought to his batting as per the demands of the situation have led to great results. In fact, there were two games when MS Dhoni came to him and said that the match was in his control, and he needs to try to finish it. Of course, there is no compulsion that an opener has to stay for at least 10 to 12 overs. The fact that he could finish the game is more important than anything else for his team.

At cric-life.com, we wish this fiery young talent all the best wishes for the upcoming matches. We hope he continues to make his team proud!