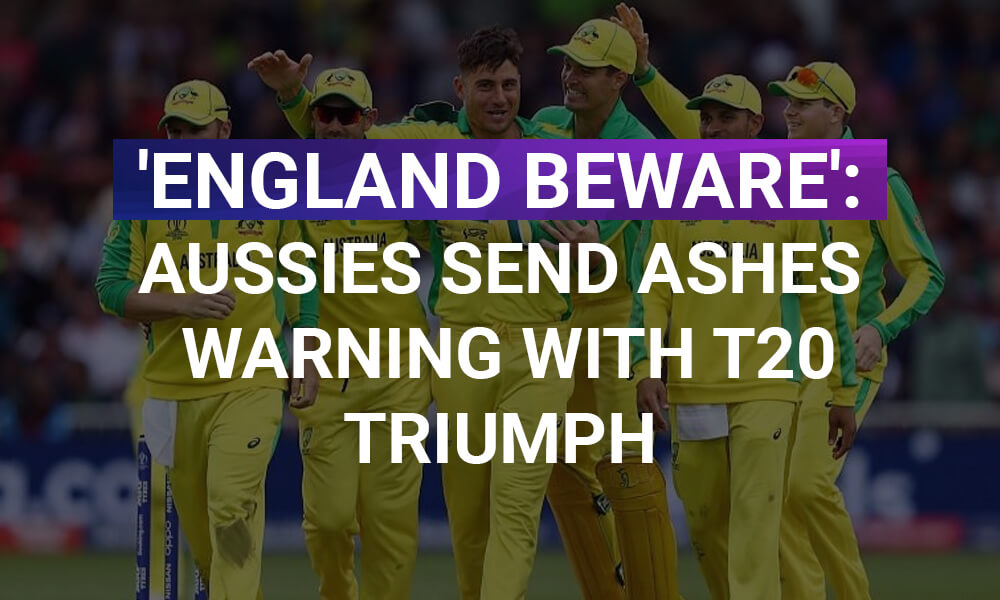 Australia has been hailing the country’s first T20 Cricket World Cup win as “the ultimate World Cup heist.” The team believes that it has regained its momentum as it heads into a smashing Ashes series against their long-time enemy England. The undefeated 77 runs from Mitchell Marsh led Justin Langer’s team to a momentous eight-wicket win against New Zealand in the UAE. Chasing a whopping 173 runs to win, Aussies achieved the target thanks to a 92-run partnership between Marsh and Warner, who scored 53 runs. And finally, they took home the coveted trophy.

From Poor Form to a Performance Par Excellence

What makes Australia’s performance commendable is that they went into the T20 cricket tournament with poor form. This was the team that lost the recently concluded T20 series against Bangladesh 4-1. When the poor performance was coupled with rumours of dressing-room discord, cricket pundits had naturally written them off.

The Australian media has hailed the win as the “ultimate World Cup heist,” while lauding the team and Justin Langer’s efforts in winning the maiden title beautifully. Sealing the T20 World Cup title for the first time is definitely a signal to watch out for before the upcoming Ashes series that starts on December 8 in Brisbane. The Australian media has already been putting the team at an advantage over England as they claim that Aussie cricket has now got back its “mojo.”

Retaining the Aussie Game Changers for the Ashes

Of course, there is no reason to believe that the World Cup victory will have no impact on the Ashes. As the media claims, the rousing confidence generated by a victory like that is undeniable. After years of struggling to break through and recent failures, Australian cricket is back on track and feels as alive as ever. The fact that the major game-changers of the T20 World Cup, such as Josh Hazelwood, Mitchell Starc, Pat Cummins, Steve Smith, and David Warner, are also present in the Ashes campaign surely raises their hopes.

The players are scheduled to reach Brisbane on a charter flight right after the World Cup with England’s players who were taking part in the World Cup. England lost to the Kiwis in the semifinals. According to the English media, the players are definitely not looking forward to this flight as the Aussies would simply wave around the trophy.

A Special Mention of David Warner for His Brilliant Innings

Though Marsh made headlines for the amazing 77 runs, an important factor in Aussie’s success in Dubai was Warner’s return to form. When he went into the World Cup, his IPL team Sunrisers Hyderabad had already sidelined him, and the commentators were suggesting that he was past his glory days. The fiery opener’s response to this was his smashing 289 runs in seven innings resulting in him being named the Player of the Tournament.

Here is a brief rundown of the overall Ashes results up to 2018: