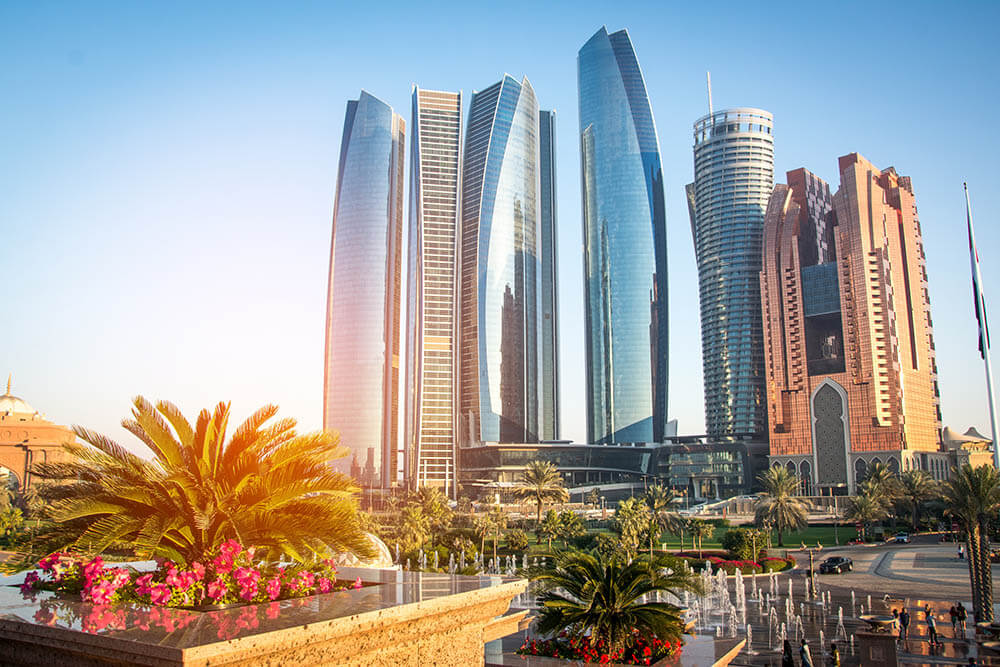 Located in Sharjah in the UAE, the Sharjah Cricket Stadium was built in the early 1980s. This is not the first time the venue is used for the IPL game. They were also played there in 2014. The dimensions of the ground are relatively small, encouraging batsmen to hit sixes and fours. For instance, the sight screen is only 55 metres away from the batting crease. While the long on fence is 60 metres away, the mid-wicket fence is the farthest, at 65 metres. When it was first built, the stadium could seat 17000 spectators. It has since undergone several renovations and can now allow 20000 cricket fans to watch matches played here.

In April 1984, the Asia Cup tournament was held at the stadium which since then has become a popular venue for ODI cricket and even has set a record for the most ODIs hosted. The stadium owes its popularity to a local cricketing patron called Abdul Rahman Bukhatir who formed an organisation called “The Cricketers Benefit Fund Series (CBFS)” aimed at honouring Indian and Pakistani cricketers, past and present. The CBFS managed commercially sponsored ODI tournaments with three or four participant teams in the years from 1984 to 2003. The competitions were hugely successful thanks mainly to the South Asian expatriate communities that thronged to watch the matches. At Bukhatir’s behest, in 2010, it became the home ground for the Afghanistan cricket team that used the venue to host ODIs and first-class cricket matches. (The Afghanistan team has since made Greater Noida Sports Complex Ground in Noida, India, their home venue since 2016.) PSL teams Quetta Gladiators and Multan Sultans have also used the venue to host their home games. Some Test matches have also taken place here. The first Test was held there in 2002, while the last one in 2016. Other international cricket matches held at the venue include the T10 cricket league in December 2017 and the final of the Blind Cricket World Cup between India and Pakistan in 2018.

Built in 2004 in Abu Dhabi, the United Arab Emirates, the Sheikh Zayed Stadium became an international cricket venue in November 2004 when it hosted an Intercontinental Cup ODI game between Kenya and Scotland. As many as 20000 spectators can watch matches at the venue, with large stands at each end and additional seats on the grass in the areas on banks square of the wicket. The stadium was used to host some matches of the first half of the IPL 2014. Of the three venues chosen to host the IPL 2020, this one has the longest boundaries. Consequently, the average score in a T20 game at this venue has been a relatively modest 147 prior to the start of the ongoing IPL competition.

The venue has played host to 13 Test matches, 46 ODIs and 44 T20Is. After the bomb attack on the touring Sri Lanka team in 2009, Pakistan used this venue to host international series against Australia, England, New Zealand, South Africa and the West Indies. The Nissan Gulf Cup which took place there in 2009 featured domestic teams from India and England competing for the title. In March of the same year, the venue hosted pre-season friendly matches between English county sides, Surrey, Middlesex, Lancashire and Sussex. The venue has also been used to host football matches, including a friendly international between Thailand and Oman in January 2019. A pair of smaller grounds known as Nursery One and Nursery Two are a part of the stadium complex. Nursery One, also called Tolerance Oval, was the venue of a T20I game between Australia and the UAE in 2018. The same venue later hosted qualifier matches for the 2019 ICC T20 World Cup.

The brainchild of Canadian architect Awsam Matloob, the 25000-seater stadium was known as the Dubai Sports City Cricket Stadium when it was built. The capacity of the stand can be expanded to 30000. Though intended to be a multipurpose stadium, the Dubai International Stadium is mainly used to host cricket matches. As in the case of the Sharjah Stadium, this venue was also used to host IPL matches in 2014. Not unlike the Sharjah Cricket Stadium, this one also has relatively short boundaries, making it conducive to higher scores on average.

The stadium does not have conventional floodlight towers. Instead, it is equipped with a special system of 350 floodlights placed along the circumference of a round roof in such way that no shadow can be cast on the playing area. The stadium has been a popular venue for cricket matches and has hosted 13 Tests, 34 ODIs and 61 T20Is so far. In April 2009, the venue first played host to an ODI played between Pakistan and Australia. In November 2010, the stadium became a Test venue when Pakistan and South Africa played a match here preceding an ODI series between the same sides. In 2012, Pakistan played a T20I as well as a Test match and five ODIs against England there. The same year, New Zealand, as well as Australia, played matches against Pakistan at this venue. The T20Is against Australia were preparatory games ahead of the ICC World T20 later that year. As in the case of Aby Dhabi’s Sheikh Zayed Stadium, the Dubai International Stadium played host to qualifier matches for the 2019 ICC T20 World Cup.