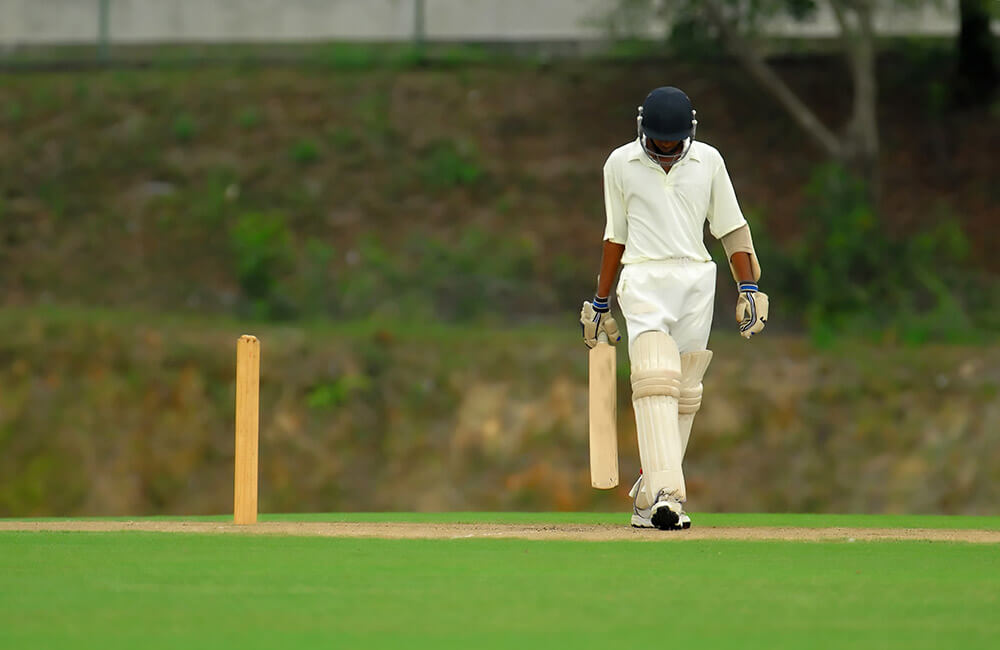 There is absolutely no doubt that Virat Kohli and AB de Villiers are two of the greatest batsmen to play the game in the 21st century. They are absolute masters and match-winners. While Kohli is more conventional, de Villiers can get unorthodox and 360 degrees. Both of them have been consistent across all formats and they’ve done it for a long period of time. The current Indian skipper has been around for 12 years while the South African superstar has played international cricket for about 14 years.

Both Kohli and de Villiers play for Royal Challengers Bangalore (RCB) and when the duo bats together there may not be a better sight for a cricket fan. It’s a real carnage and batting of the highest order from both ends. There have been multiple occasions when both of them have hailed each other and termed each other as the ‘best batsman in the world’. So, the question is who is the best? Let’s dig in and find it out with the help of statistical analysis.

Kohli has amassed 21901 runs in international cricket and has 70 hundreds along with 104 half-centuries. On the other hand, de Villiers has made 20014 runs across three formats and has scored 47 hundreds with 109 half-centuries. A better understanding of the achievements of these two cricket giants can be acquired when taking a closer look at their performance in different game formats.

Let’s start with the longest format. Kohli has played 86 Test matches so far and has aggregated 7240 runs at an average of 53.62. Meanwhile, de Villiers has a record of 8765 runs at an average of 50.66. Kohli has scored 27 hundreds so far and looks set for many more, whereas de Villiers has made 22 hundreds in the Test arena. However, de Villiers has had a lot more fifties to his name – 46, compared to Kohli’s 22. This fact highlights that once Kohli is set to go it’s difficult to break through him and more often than not the Delhi lad will convert a start into a big one.

Kohli is someone who loves dominating and keeps the scoreboard ticking. De Villiers is cast in the same mould. However, when needed, the South African can put his head down and just block, block and block. He’s done that multiple times and has helped South Africa save a few Test matches as well. The Indian skipper hasn’t been in a situation to do that so far. Moreover, Kohli has seven double hundreds, compared to the two de Villiers’ has.

Considering home and away matches as it plays a huge part in Test cricket, de Villiers slightly nudges ahead. Kohli’s numbers have dipped due to his mediocre performances over the last 18 months away from home. His away average has dipped to 44.36. Nevertheless, out of Kohli’s 27 Test tons, 14 have been made away from home. De Villiers averages 55.24 playing away and nine of his 22 hundreds as well as both of his double hundreds have come overseas.

At home, Kohli has dominated and averages 68.42 with six out of his seven double tons scored in India. When it comes to de Villiers, 13 of his hundreds have come in South Africa and he averages 47.40 there. Barring Bangladesh where he’s played just one Test match, Kohli has scored a ton in every country he has played in. De Villiers does not have Test hundreds in Bangladesh (two Tests), New Zealand (three Tests), Pakistan (two Tests), Sri Lanka (four Tests) and Zimbabwe (one Test).

Kohli still has a few more years and will definitely want to improve his record, especially the one away from home which has worsened since the Australia tour in 2018 – 2019. De Villiers was brilliant in his time and was even changing Test matches on his own even in his last season. Speaking of Test cricket, it’s rather hard to decide. In some comparisons, the South African seems to be a touch ahead when in others, Kohli’s achievements outweigh. Maybe, it would be fair to give it to de Villiers (53-47) in this one, considering that he’s retired and Kohli’s recent Test form hasn’t been that great.

Like in Test cricket, Kohli was slow to pick up the right pace but once he settled down, he’s been unstoppable. Except for the Netherlands against whom he has played just one ODI game, Kohli averages more than 45 against every nation in ODI cricket. Only Sachin Tendulkar has more ODI tons than Kohli’s 43 and in another few years, the Delhi lad will be gone well past that record as well. He is on course to even beat Tendulkar’s ODI run tally of 18426. Home, away or neutral, the Indian skipper has been in total command. He averages in excess of 58 and has a strike rate of more than 90 in each of those.

On the other hand, de Villiers was also a slightly slower starter in ODI cricket and didn’t have a great debut year. However, once de Villiers gained some exposure and experience, his graph barely ever came down. It was always on the upward spiral. The Pretoria born legend has scored 25 ODI hundreds and all of them have come at a strike rate in excess of 100. In fact, he even scored hundreds coming in after the 30th over. He holds the record for the fastest 50, 100 and 150. Like Kohli, de Villiers mastered all conditions and scored runs all around the world.

If there is one ODI record that Kohli would like to improve, it would definitely be his World Cup figures. He averages 46.81 but he hasn’t really dominated a World Cup. His Champions Trophy numbers are great as well (an average of 88.16). Hence, his World Cup numbers (especially knockouts) are something Kohli would love to correct. De Villiers was excellent in World Cups as he averaged 63.52 but he didn’t really enjoy the same success in the Champions Trophy where he averaged 33.16.

Overall, the two seem to be neck and neck in ODI cricket. Both have played pretty different roles, hence, the varying numbers. Kohli bats at No. 3, he is the anchor and needs to bat through the innings. Meanwhile, de Villiers largely batted at No. 4 and 5 and more often than not needed to provide some impetus to the innings.

This is where the big difference comes along. Kohli seems to be miles ahead in terms of T20I numbers. The Indian captain is leading the all-time T20I run charts with 2794 runs, compared to de Villiers’s 1672 runs.

De Villiers was around when T20Is first started and he didn’t really adapt to the format quickly. It took him some time to understand and get the hang of things. Yet, unlike in the other two formats, even in the back half of his career, the South African wasn’t at his consistent best. He averaged just 26.12 and his strike rate of 135.16 was also well below his career T20 strike rate. De Villiers had just 10 half-centuries in T20Is.

On the other hand, Kohli has been a real beast in T20Is. He is one of the only two players to average more than 50 in T20I cricket and with an average of 50.80, he is at the top. He has 24 half-centuries which is again the most. Despite playing conventional shots, Kohli has been successful. His T20I strike rate of 138.24 is greater than that of de Villiers and that is one surprising fact.

There is no doubt de Villiers is a fabulous T20 batsman and can turn any game on its head. However, when it comes to T20Is, Kohli scores one over de Villiers.

AB de Villiers vs Virat Kohli in the IPL

Both Kohli and de Villiers have played all 12 seasons of the IPL nine out of which they’ve played together. Kohli had sedate first three years, while de Villiers was excellent in 2009 and wasn’t at his best in 2008 or 2010.

From 2011, Kohli and de Villiers have been side by side, batting largely at 3 and 4 or opening and at 3 (or 4) respectively. Kohli started becoming consistent in 2011 and still had an odd off-season but he came into his own only after he had been retained for the fourth season. De Villiers became a vital cog in no time and was consistent. It was about the impact as much as the numbers for him.

Both of them play such varied and contrasting roles that it seems difficult to compare the two. Kohli is more of an anchor, while de Villiers is more of an aggressor. Hence, there is a stark contrast in the strike rates (131.61 vs 151.23). The averages are almost similar (37.84 vs 39.95). Overall, Kohli is leading the all-time IPL run charts as well with 5412 runs, while de Villiers is ninth with 4395 runs having played 23 games lesser.

Thus, it’s tough to compare the two greats at the IPL level. They both have been brilliant and have dominated attacks. And both have one goal which is to lead RCB to an IPL title.

AB de Villiers vs Virat Kohli in All T20s

de Villiers will obviously stand out in this category. He has played more T20 cricket across multiple leagues around the world. Kohli just plays the IPL and international T20s. Hence, it’s not fair to compare the two in terms of all T20s. 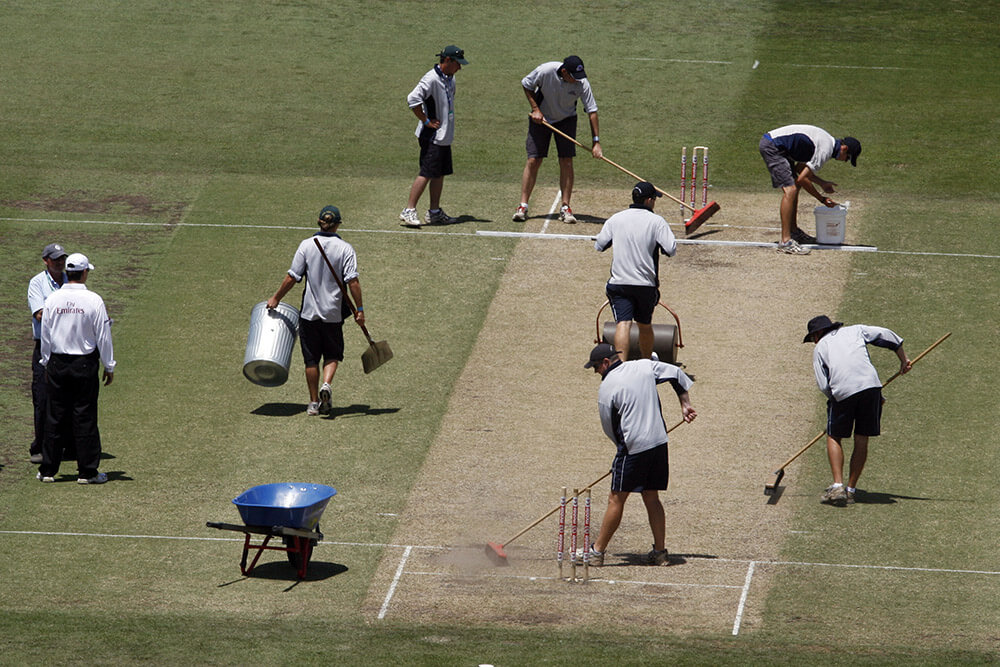 AB de Villiers vs Virat Kohli: Who Is the Best?

These are two legends of the game and will be spoken about for a very long time. They seem to have mastered all three formats and have found their own ways to be successful. Kohli and de Villiers are neck and neck in almost every aspect and have every right to be called the best in the world. When you ask one of them individually, he will say the other one is the best. Thus, it won’t be wrong to put both right at the top and call them the best as it’s definitely not easy to pick one.