Who Made It to 800 Wickets in Test Cricket? 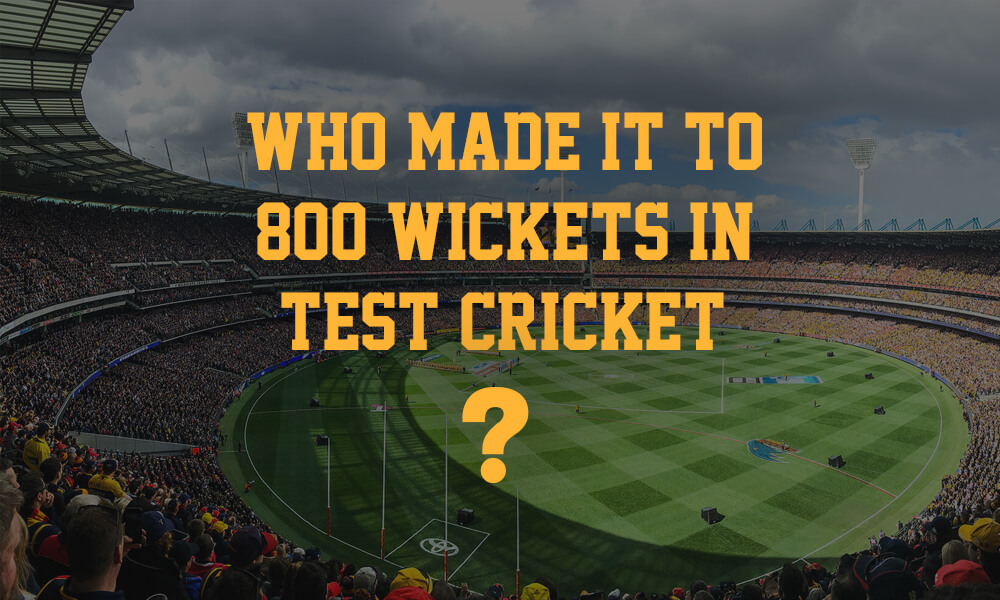 Still revered by many as the purest form of the game, Test cricket continues to wow the world over.

The advent of the ICC World Test Championship in 2021 has once again elevated the longest form of the game to an international audience, with 5-day cricket as prominent as ever.

Taking wickets in the longest format of the game is deemed as the pinnacle for bowlers in the international game, with only one bowler in the history of the game managing to snare 800 Test match wickets.

Opposition sides and so-called experts of the game did all they could to derail him, but Muttiah Muralitharan constantly proved himself to the international cricketing world.

Throughout his career, the International Cricketing Council and many within the game tried to disprove the legitimacy of Murali’s bowling action but the little magician constantly proved them wrong and went on to have the most successful bowling career of all time – both in Test and One-Day International cricket.

Legendary Sri Lankan spinner Muttiah Muralitharan tops both the Test match and ODI charts for having taken the most international wickets of any bowler and he reached the seminal figure of 800 Test wickets in his final ever game for Sri Lanka.

His unique bowling action had many of the world’s best players perplexed and he was a hugely important part of the Sri Lankan side that won the ICC World Cup back in 1996 and his dual with Shane Warne to become the all-time leading wicket-taker in Tests had the international cricketing world gripped in the mid-’00s.

With his longevity and quality with the ball in hand ultimately burning through, Murali edged past Warne before going on to finish his remarkable career with 800 Test wickets to his name.

Having played their first Test match in 1982, it took a while for Sri Lanka to establish themselves in the Test arena. However, the golden generation of Sri Lankan cricket came to the fore in the 1990s and 2000s and Murali was integral to the success they enjoyed.

Taking 10 wickets in the match a remarkable 22 times in Test cricket, was a testament to the consistency Muralitharan could produce with the ball and his most remarkable performance arguably came against England at the Oval in 1998.

Finishing with match figures of 16/220, Murali terrorised the English batsman – enabling Sri Lanka to clinch their first-ever series win in England in Test cricket – a feat they have only managed to repeat once ever since.

Murali also has the astonishing track record of taking over 50 Test wickets against all nine Test-playing nations, with England (112), India (105), and South Africa (104) bearing the brunt of Murali’s mastery and mystery over the years.