History of Cricket in South Africa 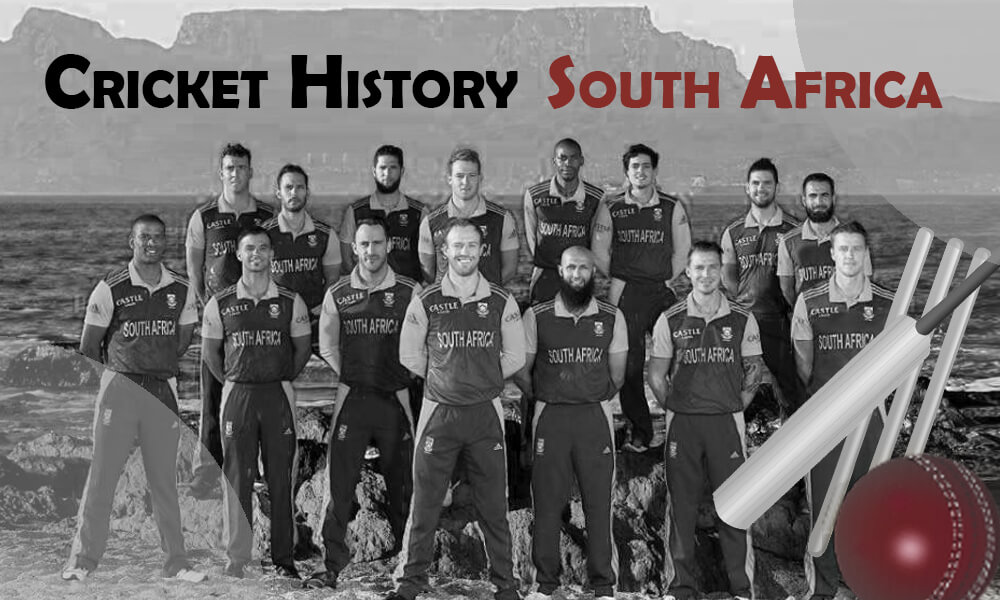 Cricket and rugby are the two sports that bring South Africa together. To track the history of cricket in Africa, one would have to go back to the colonial era. Over the period of time, South Africa have seen many hurdles to reach where they are right now. It is small but memorable victories that made the entire nation love this sport. Be it a heartbreak in the ICC World Cup 1992, or in 2015, the South African fans have always been there for the team in their ups and downs. The sheer support of the fans made this country one of the top forces in the cricket world. Let’s have a look at the history of cricket in South Africa across all formats.

The first official cricket match in the history of South African cricket was played on 5 January 1808 between two British service teams posted there after the British forces had occupied South Africa. In 1843, the oldest cricket club of South Africa, the Port Elizabeth Cricket Club, was established. In 1876, the first championship was held in Port Elizabeth between 4 clubs for the ‘Champion Bat’.

In 1889, South Africa became the third Test nation after England and Australia. The same year first-class cricket rooted its base in the country. The Currie Cup (originally known as The Kimberley Cup) was established as a national championship. In 1907, it was the president of the South African Cricket Association, Abe Bailey, who wrote to the President of the MCC to form an ‘Imperial Cricket Conference’ (now known as the International Cricket Council – ICC) to regulate the rules, regulations and overall governance of cricket all over the world. In 1909, South Africa became one of the three founding members of the ICC. 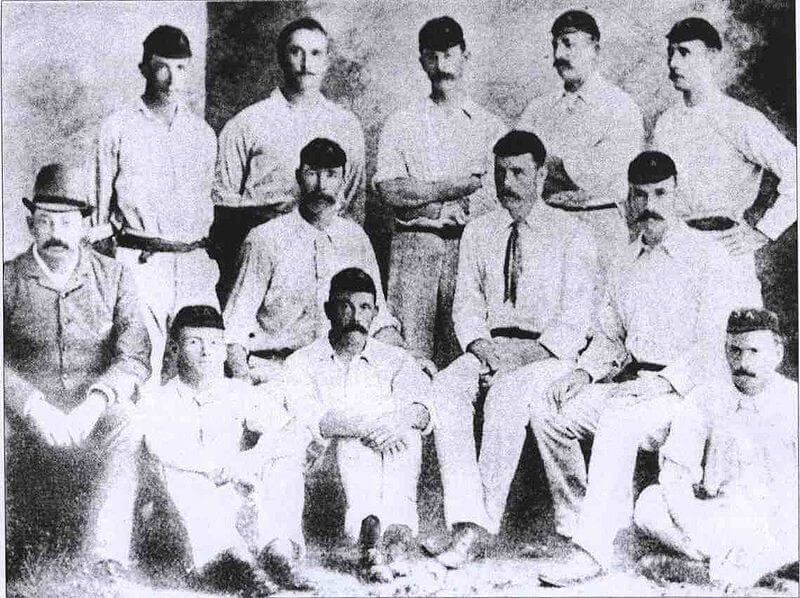 South Africa was handed a ban between 1971 to 1991 due to the introduction of apartheid (separation of racial groups by strict legal enforcement) in the country. In July 1991, South Africa returned to international cricket after the ICC had lifted their ban.

South Africa’s introduction to Test cricket started with a two-match Test series against England at home. South Africa lost both Tests by a huge margin. In the first Test, They got bowled out on 84 in the first innings followed by 129 in the second. England won the Test by 8 wickets. Left-arm spinner Albert Rose-Innes became the first South African player to take a five-wicket haul for South Africa. 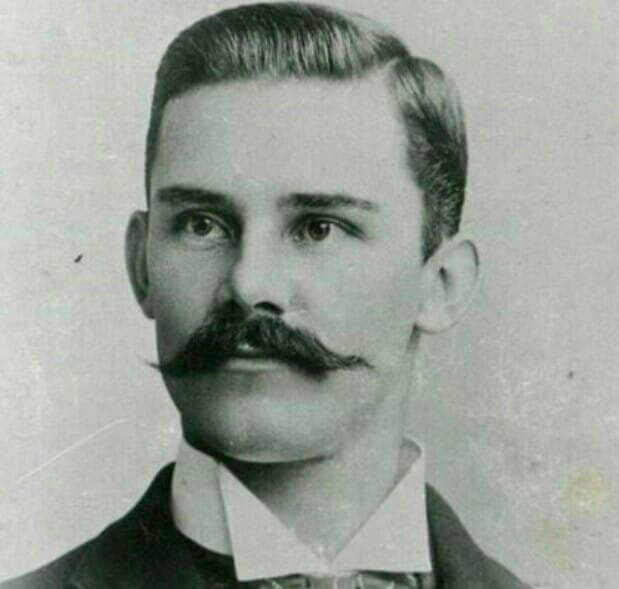 It was the dawn of 1906 when South Africa tasted their first Test victory. In the 1st Test of a five-Test series, England set a target of 287 runs for the hosts. South Africa slumped to 237 for 9 at one point of the 2nd innings. With what looked like another defeat, all-rounder Dave Nurse put an unbeaten 48-run partnership with skipper Percy Sherwell to win the match by a wicket. Nurse remained unbeaten in both innings with 18 and 93 runs respectively. 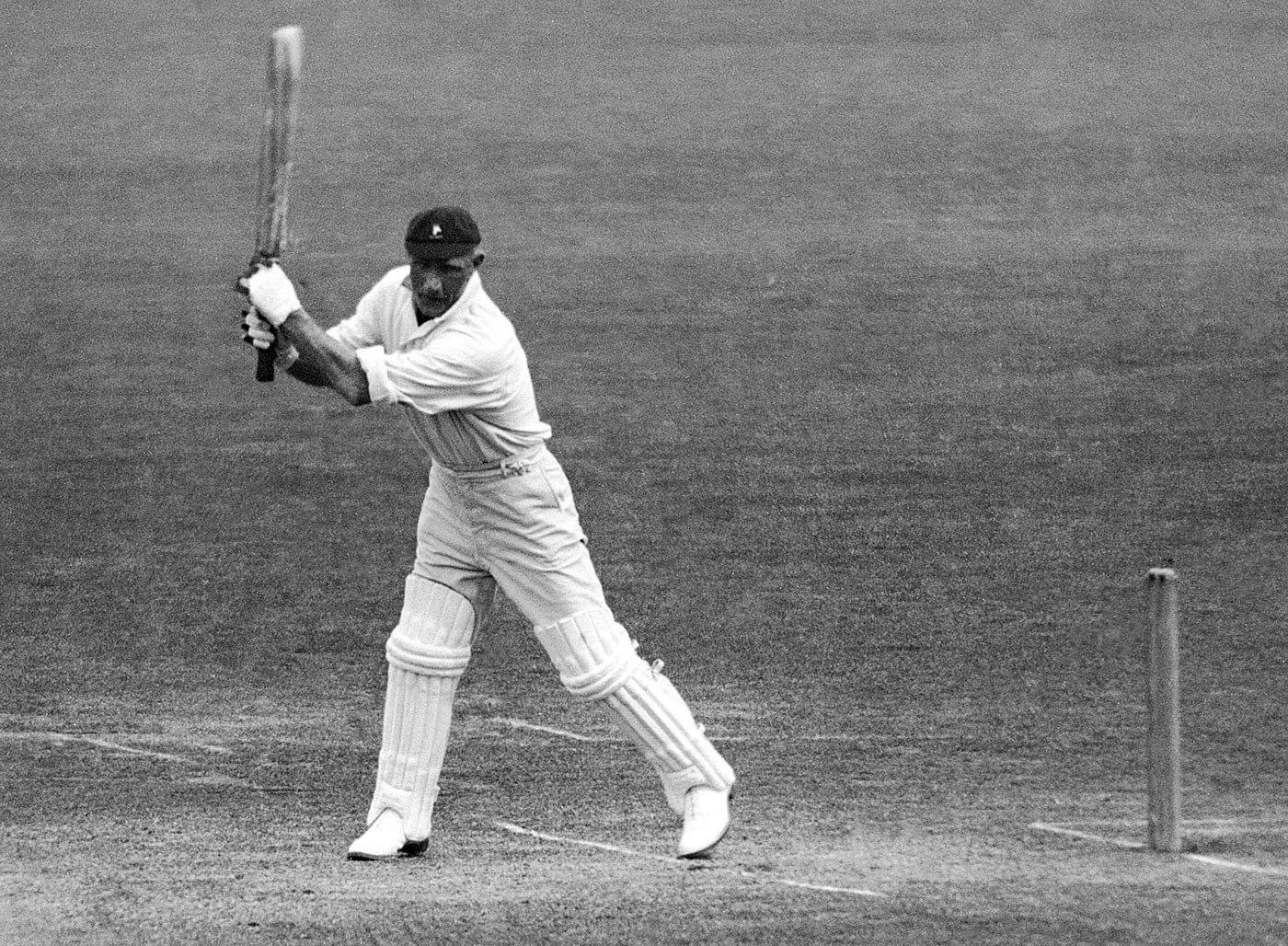 South Africa thrashed England 4-1 to win their first Test series. South Africa produced many quality players in the first two decades of their cricket history including Jimmy Sinclair, Aubrey Faulkner, Herbie Taylor and legendary leg-spinner Reggie Schwartz who introduced ‘googly’ to the cricket world. The inter-war years brought a temporary suspension of South Africa between 1913 and 1921. From 1921 to 1961, South Africa played 35 Test series and won 7 of them. 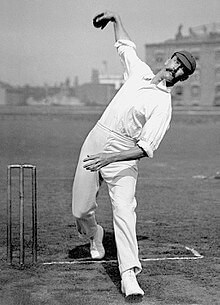 The ICC imposed a ban on South Africa from 1971 as the government didn’t let non-white players be a part of the national team. The ban lasted for 20 years. During this period, breakaway teams from England, Australia, West Indies and Sri Lanka played some unofficial Test matches against South Africa. After the collapse of the apartheid regime, the ICC readmitted South Africa to the cricket world.

South Africa played their first Test after a gap of 20 years in international cricket in the West Indies. Andrew Hudson scored 163 runs on his debut. South Africa eventually lost the Test by 52 runs.

South Africa’s return to Test cricket turned out to be the greatest comeback ever in the history of cricket. They beat India at home in their second Test series. They won 7 Test series out of 10 and drew the remaining three. They repeated this dominance again between 1998 and 2003. They won 14 Test series, lost 2 and drew 1 in this period. From 2006 to 2018, they played 43 Test series – winning 29, losing 6 and drawing 8 times. They presented such players as Graeme Smith, Jacques Kallis, Hashim Amla, Dale Steyn, and AB de Villiers to the world. 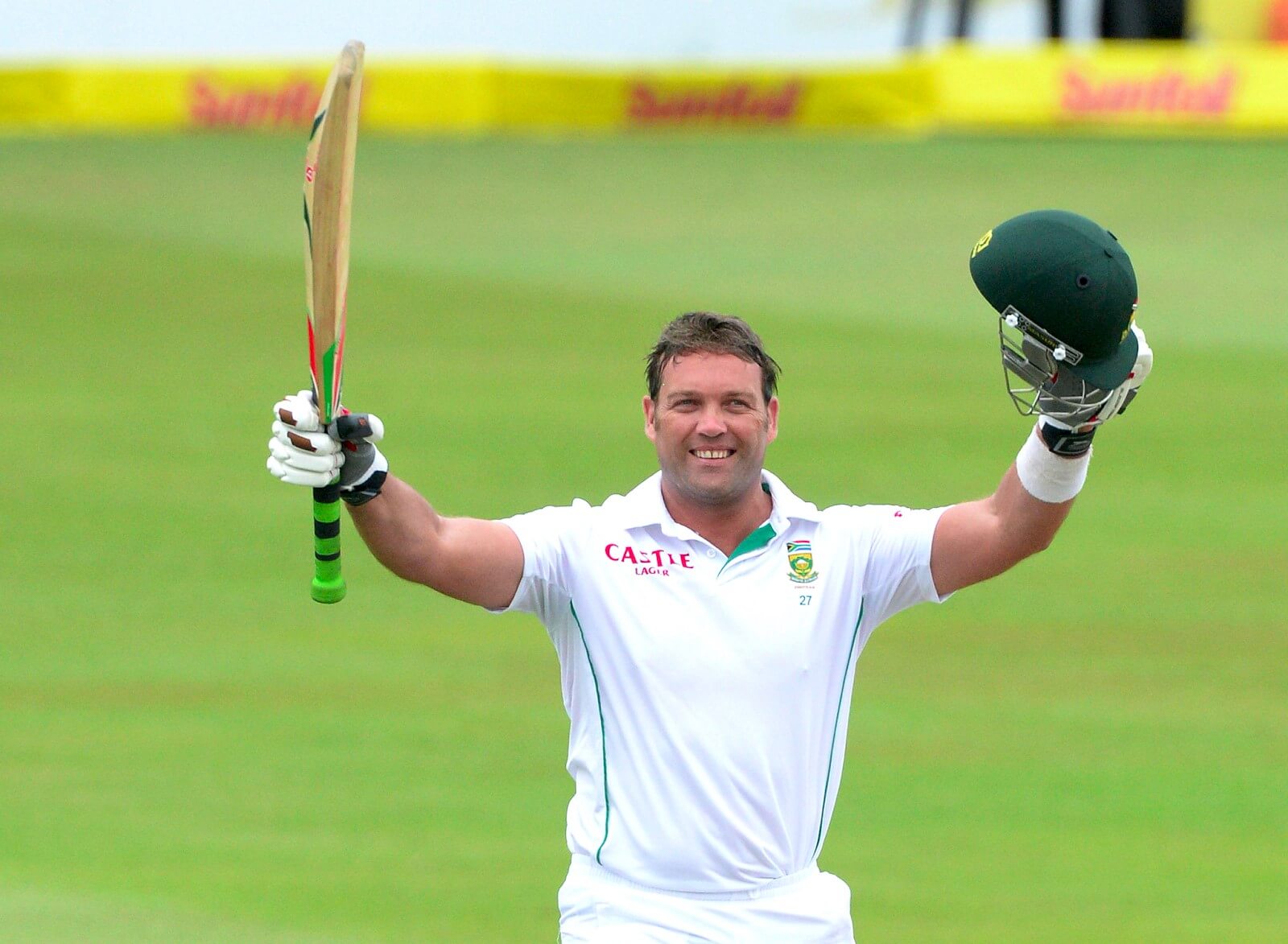 The resurface of politics into cricket hammered South Africa’s progress in Test cricket. Many players opted for the ‘Kolpak deal’ to continue playing. With new faces getting introduced, South Africa lost 5 of their last 8 series.

Currently, South Africa is ranked 6th after coming 5th in the first installment of the ICC Test Championship. In 445 Tests played so far, they have registered 169 wins, 152 losses and 124 draws.

South Africa played their first ODI in 1991 after their ban had been removed. They lost their 1st ODI by 3 wickets. Batting first, South Africa set a target of 178 for the hosts which they chased in 40 overs. Alan Donald became the first South African player and third overall to claim 5 wickets on debut. South Africa registered their first ODI victory in the 3rd ODI of the same series. Chasing the target of 288 set by India, they won by 8 wickets and 20 balls in hand. Skipper Keppler Wessels was awarded the Man of the series for his 211 runs including 3 fifties at an average of 70.33. 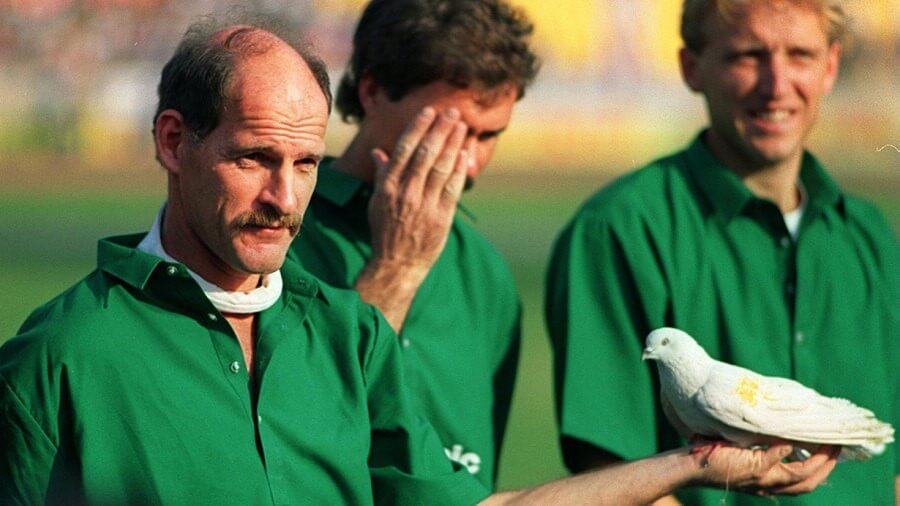 South Africa played their first-ever ICC World Cup in 1992. To everyone’s surprise, they reached the semifinals of the World Cup. Chasing the target of 253 in 45 overs, South Africa endured heartbreak when rain interrupted the game. With 22 needed in 13 balls, the Duckworth-Lewis rule came into action. The target remained the same but 12 balls were reduced. With 22 runs needed in 1 ball, South Africa lost the game by 19 runs and ended their dream run on a sad note. 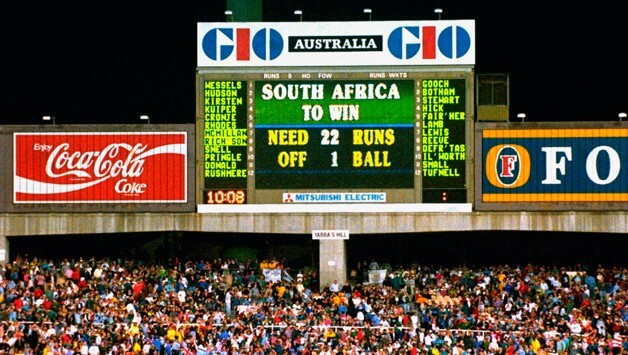 South Africa beat India 5-2 in 1992 in India to win their first ODI series. Between 1995 and 1997, they won 5 of the 7 ODI series including the Mandela Trophy and Pepsi Sharjah Cup. In 1998, South Africa won the inaugural ICC Champions Trophy (then known as the ICC Knockout Trophy) held in Bangladesh. This is, so far, South Africa’s only silverware in their history of cricket. In the final, South Africa chased the target of 246 runs set by the West Indies with 4 wickets and 18 balls in hand. Jacques Kallis took a five-fer with the ball and scored 37 runs with the bat to grab the Man of the Match and Player of the Series awards. 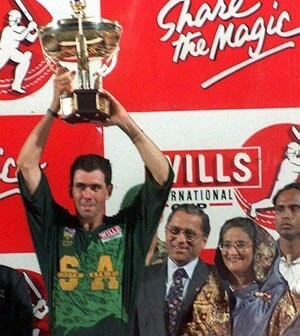 They suffered another heartbreak in the semifinal of the 1999 ICC World Cup. With one run required in the last 4 balls of the game against Australia, Alan Donald got run out to end the match in a tie. Australia went through the final based on their ranking in the Super 6 table. 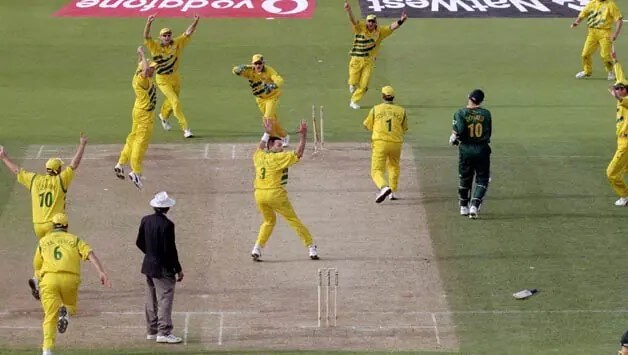 In 2000, South African cricket got hit by a match-fixing scandal which led to a lifetime ban on their captain Hansi Cronje. However, they bounced back by winning all 6 ODI series around the time of the controversy. Since then, they became a giant force in ODI cricket until the current politics and rules have forced players to either retire early or leave the country to play somewhere else.

South Africa played their first T20I against New Zealand in Johannesburg on 21 October 2005. Batting first, they set a target of 134 runs with the help of skipper Graeme Smith’s 61 runs off 43 deliveries. South Africa lost the match by 5 wickets. They won their first-ever T20I against Australia at the same location. Batting first, South Africa registered 201 runs on board. Skipper Graeme Smith once again scored 89 runs off 58 balls with Herschelle Gibbs scoring 56 off 34 deliveries before getting out. Australia came too close to the target with Brett Lee hitting 43 runs in 21 balls but couldn’t succeed. South Africa won the match by 2 runs.

In 2007, South Africa hosted the inaugural ICC World Twenty20. In the first game of the tournament, South Africa played against the West Indies. Batting first, the West Indies set a target of 206. Chris Gayle scored the first century of the World Twenty20. South Africa bounced back with solid batting efforts from Herschelle Gibbs (90* off 55) and Justin Kemp (46* off 22) to win the game by 8 wickets. The Proteas were eventually thrown out of the tournament at the Super 8 stage based on their lower net run rate. In 2009, they reached the semifinals of the tournament but lost to Pakistan, who went on to become the champions, by 7 runs. 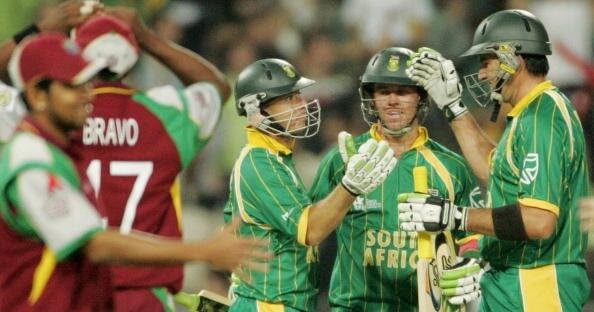 South Africa reached the semfinal of the 2014 ICC World Twenty20 again. But this time they lost to India to carry the chokers tag once again.

After a complete revamp of the CSA, the new board started an intercity T20 competition – Mzansi Super League (MSL) in 2018 to improve the status of the T20 format in the country. 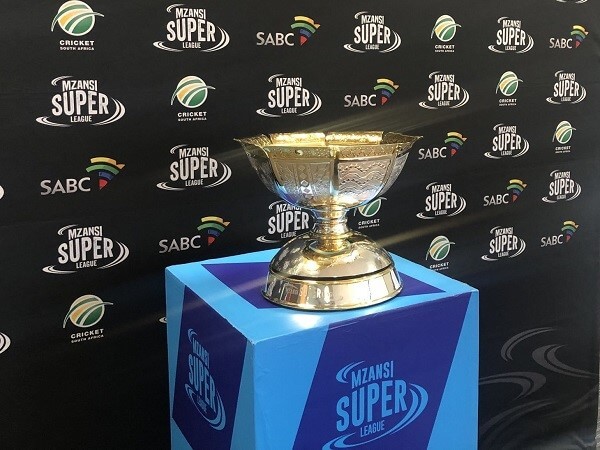 After so many ups and downs because of the involvement of politics as well as corruption and match-fixing, South Africa have always bounced back with great results. Recently, their board has been revamped and the position has been given to the retired cricketers who have a big task to bring back the glory days. Currently, South Africa are gearing up to compete for the 2021 ICC World T20 to be held in the UAE.