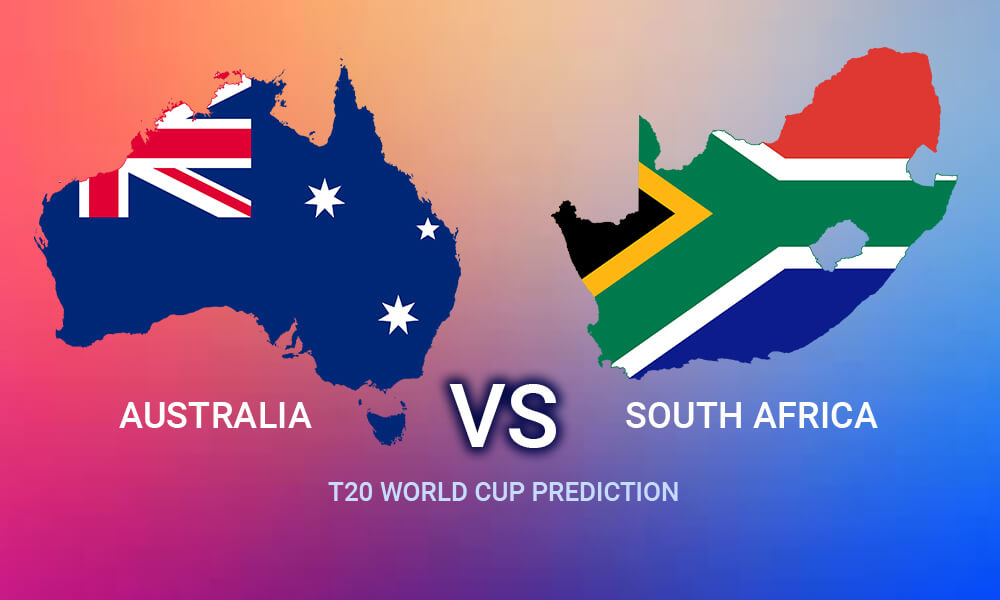 On October 23, Abu Dhabi will host Australia vs South Africa, the first match of the T20 World Cup. The outcome of the group 1 game will be critical to the fortunes of both teams aspiring to qualify for the semifinals. England is the other strong team in the group and only the top two teams can advance. In this article, we preview the game and predict the result.

The teams last met in Cape Town in the final game of a three-match series on 26 February 2020. In that match, Australia batted first and were off to a great start, with a 120-run stand for the first wicket. Building on that foundation, the tourists reached 193/5 in their allotted overs on the back of a top score of 57 off 37 balls by Warner. For South Africa, Rabada, Nortje, Ngidi, Pretorius, and Shamsi shared a wicket each.

When South Africa replied, they did not get the best start, losing two wickets with only 23 runs on the board. A regular fall of wickets thereafter saw the hosts slump to become 96 all out in the 16th over, with opener Rassie van der Dussen making a top score with his 24. For Australia, Ashton Agar, who took 3/16, was the most impressive bowler.

In our Aus vs SA prediction, we believe that South Africa will beat Australia on 23 October.

In making our match prediction, we have considered the overall records as well as the recent practice games ahead of the T20 World Cup. South Africa performed sensationally against Pakistan while managing to chase down a huge target. By contrast, Australia appeared tentative versus India. Cummins is returning to active cricket after six months, while Warner continues to be haunted by the poor run in the IPL.