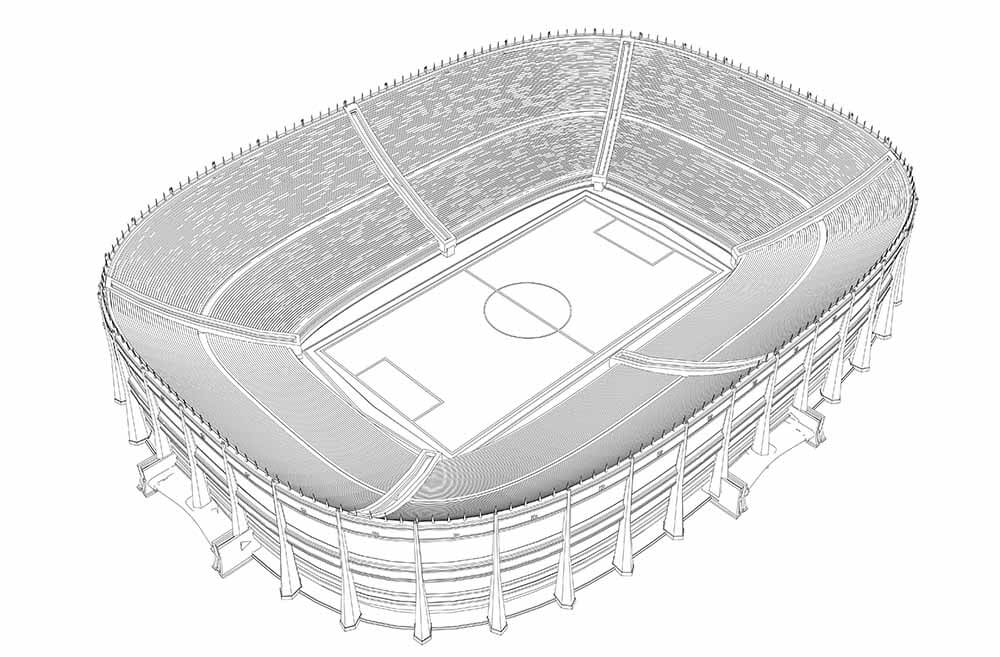 Colombo will host Sri Lanka vs India in the 3rd ODI of a three-match series on the India tour of Sri Lanka on July 23, 2021.

Ishan Kishan is our first-choice keeper-batsman. In the first ODI, Kishan’s debut match, he scored 59 from 42 balls, with a six off the first ball he faced, underscoring his ability with the bat. Though Kishan failed in the second game, he took a catch behind the stumps and had a hand in a run out. In the absent of first-string Sri Lanka players, Bhanuka got an opportunity to prove his calibre, an opportunity he grabbed with both hands, scoring 27 and 36 in the 2 games.

Shaw celebrated his return to the Indian team by scoring 43 from 24 balls in the first ODI, in a half-century opening stand with Dhawan. Though he did not score too many in the second, we back Shaw to come good in the 3rd ODI. Dhawan has led from the front in both matches so far, scoring 85 not out and 29. Suryakumar Yadav has made 31 not out and 53 in the two games so far, repaying the faith of the Indian selectors. Sri Lanka skipper Shanaka is a more than useful player, always willing to do his best for the team. In the first match he played a useful knock of 39, while in the second, he compensated for his batting failure by taking 1/10 with his occasional bowling.

Hasaranga has emerged as a fine all-round prospect for Sri Lanka, taking 3/37 in the 2nd match, helping his team to a match-winning position that Sri Lanka failed to exploit. Dhananjaya De Silva took 2 wickets in the first ODI and scored 32 runs in the 2nd match to prove his all-round value to Sri Lanka.

Chahal is back to his wicket-taking ways in internationals, taking 2/52 in the first game, and going one better, with 3/50 in the 2nd. Chahar has taken two wickets in each of the games so far. In the 2nd match, he scored a brilliant unbeaten 69 off 82 balls and helped pull off an incredible win. Kumar took 3/54 and was involved in a 84-run partnership with Chahar during his match winning innings in the 2nd game.

The captain of our dreamm11 is Dhawan and the vice-captain is Hasaranga.

We have based the selections of players in our Sri Lanka vs India Dream11 Prediction on the performances of various players in the first two games of the series. 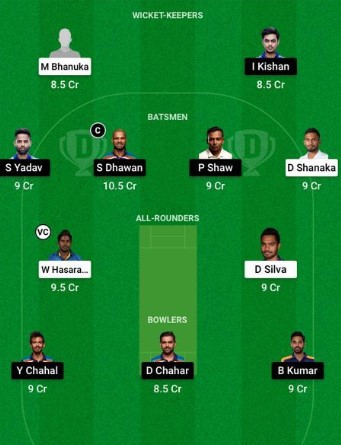