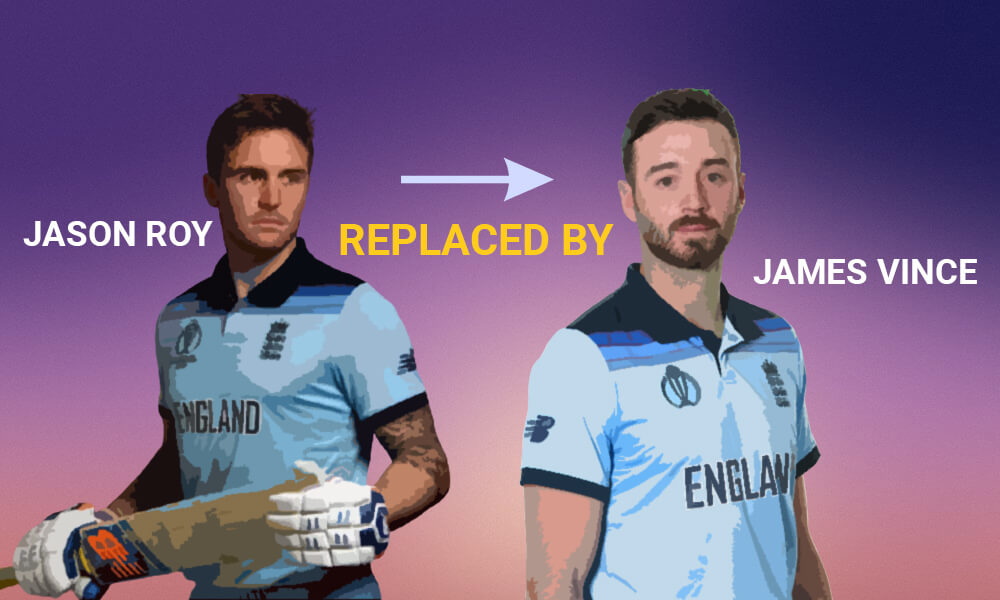 During England’s final Super 12 match against South Africa, Roy sustained a calf injury which resulted in him being ruled out of the T20 Cricket World Cup 2021. The player got injured while running in the fifth over for a single while chasing 190. He retired hurt on 20 off 15 balls with support from Tom Curran, one of the substitute fielders for England, and a physio.

So far, Roy has an average of 30.25 with 123 runs in five matches in the tournament. The batsman also earned the Player of the Match award for England’s eight-wicket win against Bangladesh with a 38-ball 61.

Replacing Roy is James Vince who is a capable right-handed batsman like the player he is about to step in for. The news got confirmed after the Event Technical Committee had approved Vince, included as a traveling reserve, one of the two remaining reserves along with Liam Dawson. Chris Tetley, Clive Hitchcock, Dhiraj Malhotra, Rahul Dravid, Simon Doull, and Ian Bishop make up the Event Technical Committee of the ICC Men’s T20 World Cup 2021.

The 30-year-old English batsman garnered widespread praise when he scored 95 off 60 balls for Sydney Sixers beating Perth Scorchers to win the Big Bash League title for the third time. Vince nailed a total of ten fours and three sixes in a 60-ball innings at the Sydney Cricket Ground.

Scans have confirmed the calf tear that will see him missing out on the knockout stages of the tournament. Roy’s loss adds to the already missing four-first choice England World Cup squad members, Sam Curran, Ben Stokes, Tymal Mills and Jofra Archer due to unavailability or injury.

A hamstring tear in the 2019 ICC World Cup during the West Indies innings was the last time the player was injured in a world cup, missing out on three matches.

England made a strong start, winning their first five matches against Australia, Bangladesh, Sri Lanka and West Indies. The 1st semifinal is expected to be played against New Zealand.