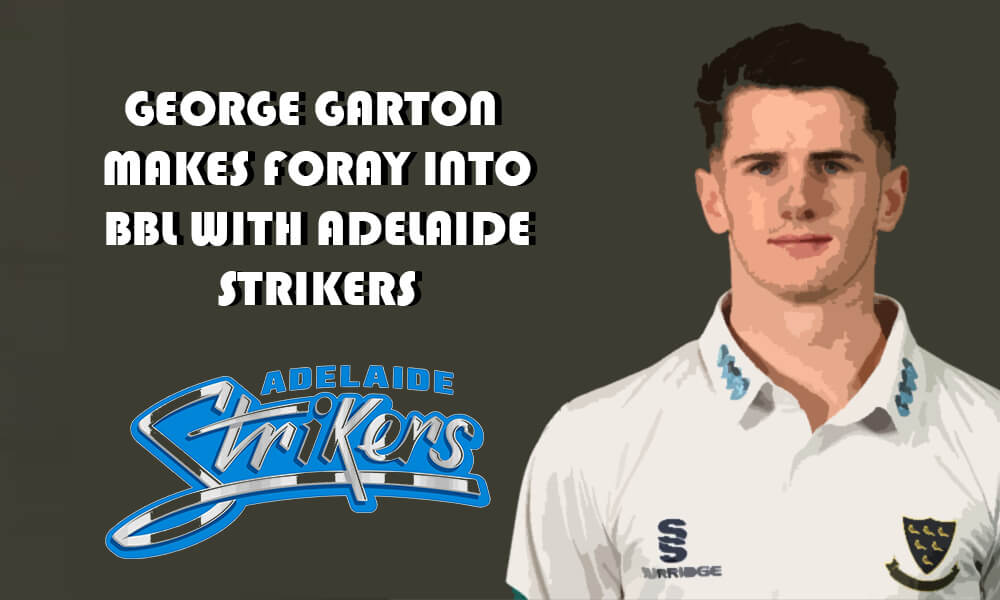 Garton recently made his international debut by being listed as part of England’s ODI squad against Sri Lanka. Additionally, the left-handed batter had his first stint in the IPL in late September with Rajasthan Royals, where he replaced Kane Richardson. He also signed a long-term contract with Sussex County Cricket Club not too long ago.

Since his recovery from COVID-19, Garton has been a force to be reckoned with. According to coach Jason Gillespie, the Strikers have had their eyes on Garton for a while, and his recent successes catapulted him to the top of the franchise’s wish list.

Adelaide Strikers have had a tumultuous relationship with the BBL. Having been knocked out during the semifinals back-to-back during the fourth and fifth editions of the competition, they came back stronger to win the title during the seventh season. However, since 2018 they have been unable to repeat the same glorious feat.

The Strikers hope to change things at this year’s KFC BBL, and this new addition will aim them to that effect, according to Gillespie. He referred to Garton as a “top drawer”, mentioning that his ability to bowl fast and swing the new ball will be a great addition to the team. Furthermore, he complimented Garton’s batting and fielding as well, calling him an exceptional fielder.

This excitement is shared by Garton himself, who hopes to achieve great feats in the BBL with his new team. He also claimed to be ecstatic at the prospect of being reunited with familiar faces, including Aussie batters Travis Head and Alex Carey, as well as Afghan spin sensation Rashid Khan.

With the addition of an all-rounder, Jason Gillespie hopes to strengthen his team. Though confident in his team’s top order choices, he mentioned that the middle order could be better. According to him, the addition of Garton ameliorates this particular weakness of the Strikers.

Garton has had a consistently fantastic record. During the first edition of the Men’s Hundred, which took place in July this year, he helped his team the Southern Brave clinch the prestigious title, picking up 9 wickets from 10 matches.

Moreover, this medium-fast bowler has been brewing up a storm across multiple tournaments, and his poor showing in the IPL can easily be attributed to inexperience – especially given the conditions and the magnitude of the circumstances.

Garton was also the leading wicket-taker at the 2019 Abu Dhabi T10, which catapulted him into the limelight, causing Rajasthan Royals to take note. His career averages are also fantastic. He’s taken 49 wickets during the 44 T20 matches he’s played in, with a strike rate of 15.4. Additionally, he has a batting average of 20.90 in T20s from 18 innings, with 230 runs under his belt – no small feat for a bowling all-rounder.

Adelaide Strikers hope to climb back into contention for the BBL title, and with an array of diverse talent at their disposal, they might have a better shot this season than they’ve had in years.

For updates on all BBL and T20 related news, stay tuned to cric-life.com.