Tom Abell Bound For Brisbane in The BBL 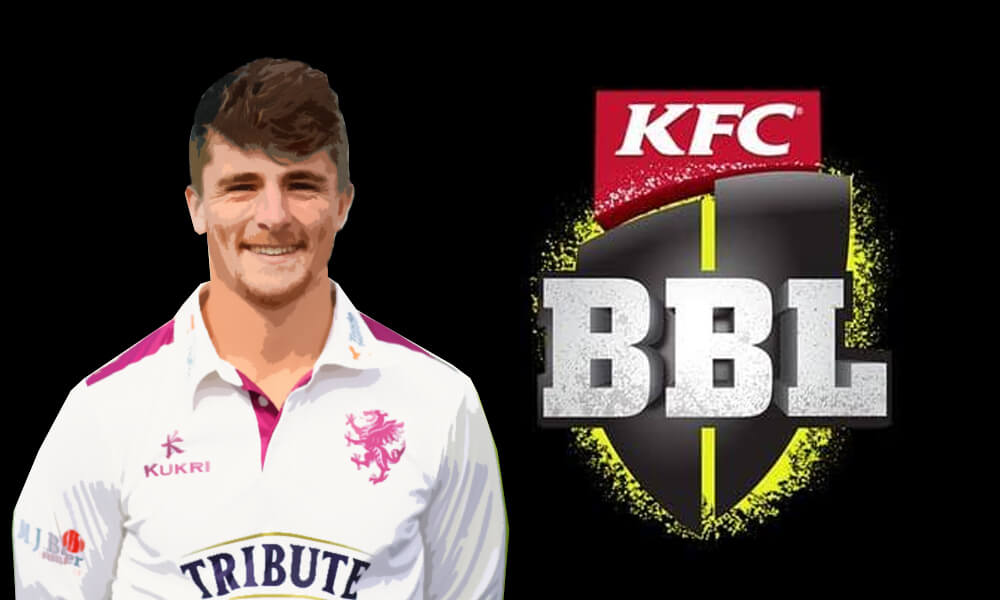 English all-rounder Tom Abell has been picked up by Australian T20 outfit Brisbane Heat ahead of the 11th edition of the Big Bash League.

Abell’s recruitment comes in the wake of the Heat’s New Zealand link Tom Banton choosing to sit out of the BBL 2021 just as he did the previous year, citing bubble fatigue as the reason.

The young cricketer expressed his eagerness to get to Australia and start playing, mentioning his current and former Somerset teammates who have played for the Aussie outfit in the past.

Although he’s far from a big name in the steadily growing world of cricket, Abell is a versatile talent in limited overs formats. He hasn’t quite gotten the chance to display his bowling acumen at franchise-level T20, with only 2 wickets from 10 overs bowled across 8 innings, but his rock-solid batting average of 34.51 from 48 innings, explosive strike rate of 144.94, and high score of 101* are all indicators of a potential top-tier player.

Having made plenty of waves playing for English county club Somerset, Pakistan Super League franchise Lahore Qalandars, and Bangladesh Premier League team Rangpur Rangers, Abell will now have to prove himself in what is widely considered to be the second-most competitive T20 league in the world after the Indian Premier League.

The 27-year-old was chosen by the Heat following an excellent Vitality Blast performance where he made 295 runs in just six matches, boasting a monumental 161.20 strike rate.

The Heat will have plenty of hope for this season after barely squeezing into the playoffs last year and ending their run in third place. With a well-balanced squad featuring the likes of Marnus Labuschagne, Chris Lynn, Mark Steketee, and Mujeeb Ur Rahman, they will undoubtedly be looking to make a deeper run this season – especially with Home and Away games looking likely to become a reality.

For more updates on T20 franchise recruitment, swing by criclife.com.