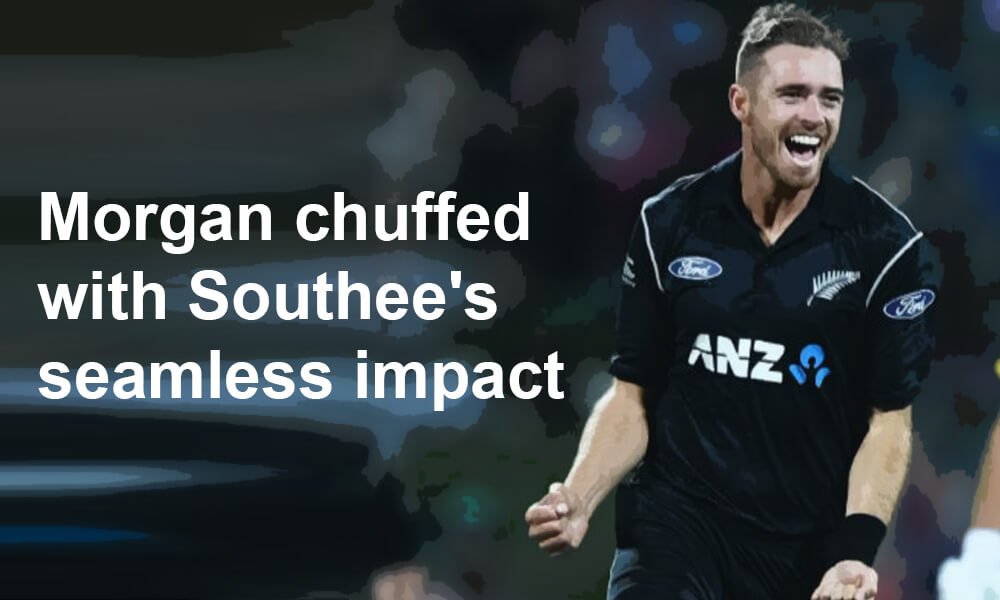 Kolkata Knight Riders skipper Eoin Morgan had plenty of positive things to say about New Zealand speedster Tim Southee after the latter showed up big against Sunrisers Hyderabad in a crucial match.

The World Cup-winning limited overs England captain claimed Southee’s impact to be ‘huge’, and that his contribution was of extreme importance in the face of many first-seed players being missing due to injury or other reasons.

Morgan also said that being a part of the team throughout the tournament is one thing, and stepping in to fill some sizable shoes is another, implying the often daunting nature of the latter.

Tim Southee was picked by KKR as a replacement for Pat Cummins in the second leg of this year’s IPL.

Cummins opted out of the latter half of the tournament as his partner was expecting a baby and had an expected delivery date smack dab in the middle of the IPL schedule. Under normal circumstances, it may have still been possible for him to leave for Australia on short notice, but Australian COVID restrictions require anyone coming into the country to quarantine for two weeks.

Although this was Southee’s 8th time in the high-stakes competition, he hadn’t featured in the 2020 edition of the IPL. His outings in the subcontinent haven’t exactly been glowing as he has only managed to snag 31 wickets in 43 matches in the competition over a period of 10 years at an average of 44.77 and an economy rate of 8.67. This was far worse in his 2019 season when he picked up only one wicket from 3 matches during which he leaked 13.11 per over. 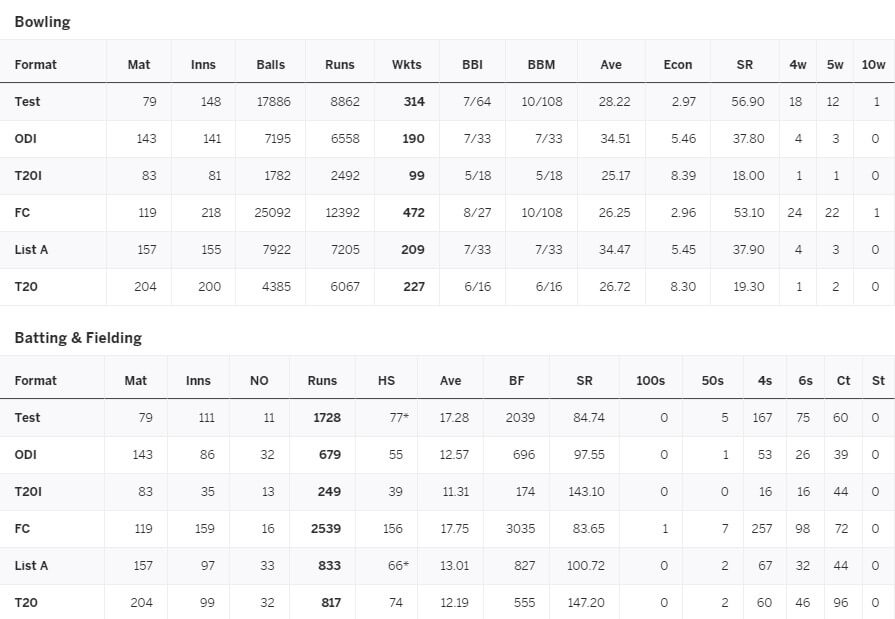 Despite being present with the team, Southee did not immediately get called to the playing XI. His fellow countryman Lockie Ferguson had found much more success with the Kolkata outfit and was their first-choice speedster. It was an injury to Andre Russell that gave Southee the ticket to the field, where he put up a decent performance of 29/1 against Delhi Capitals as KKR surprised everyone to defeat last year’s finalists.

KKR’s next match saw him return to his subpar IPL form, with opponents Punjab Kings smashing a whopping 40 runs off of his bowling in a match KKR eventually lost. However, he returned strongly to feature in KKR’s victory against SRH, picking up 2 for 26 in a match where his team were also lacking an injured Ferguson.

After SRH won the toss and inexplicably elected to bat on a slow, difficult Dubai surface, Southee began the bowling attack and struck almost immediately as he caught Wriddhiman Saha bang in front of the stumps. Later, he dismissed a set Abdul Samad at a crucial juncture in the game, limiting SRH’s ability to come up with late runs.

Despite having a target of only 116, KKR could only get the win with two deliveries remaining because of the slow pitch, proving Southee’s contribution to be even more important as even a handful of more runs at the tail end of SRH’s innings could have spelled trouble for the Bengali side.

Southee was subsequently replaced by Ferguson for the final group stage match against Rajasthan Royals, and considering the latter’s performance, the former may not make it into the playing XI for at least the first playoff match. KKR are all set to play the first eliminator against Royal Challengers Bangalore, which is scheduled to begin in a few hours at the time of writing, and although Southee may not feature, KKR will certainly have a decent pace option up their sleeve.

The Knight Riders have made quite a comeback into the competition after an unimpressive first half, winning 5 out of their last 7 games to sneak into the second round of matches by virtue of net run rate.

For more in-depth news on the IPL’s regular and irregular stars, cric-life.com is the right place to be!