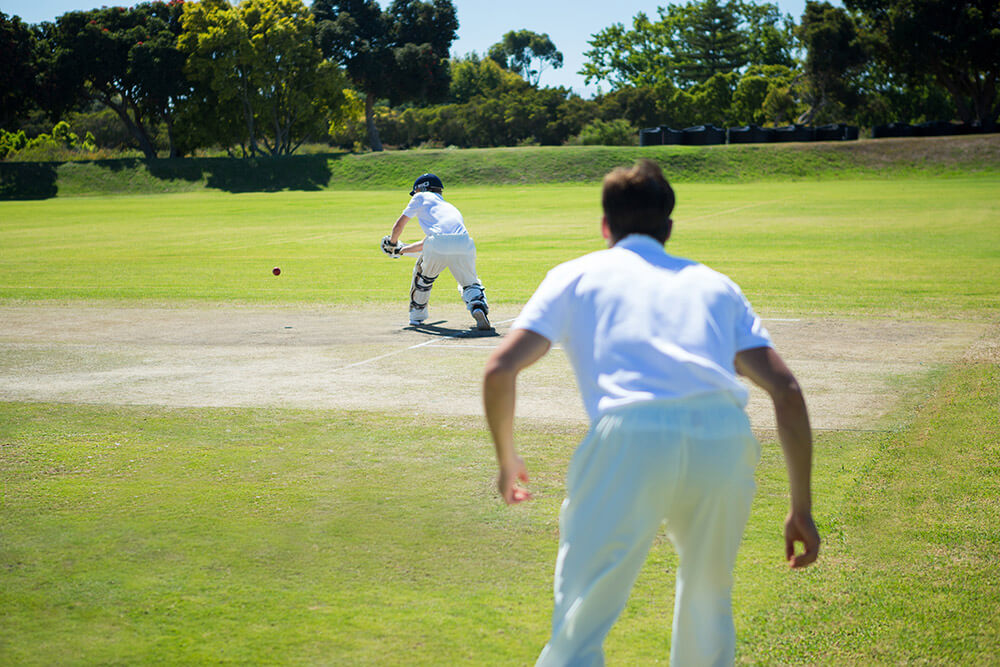 Rain plays a big part in cricket, especially in its shorter formats. Hence, the Duckworth-Lewis (D/L) method comes to the fore every time the rain comes into the picture in ODI or T20 games in order to calculate the targets in case of shortened games. The Duckworth-Lewis or the D/L method as it is more widely known is pretty famous as international cricket and most big leagues around the world use it.

However, there is another method named VJD method which isn’t used a lot. Let’s take a deeper look into what the VJD method is and what practices and principles it follows in recalculating and adjusting the targets.

What Is the VJD Method?

The VJD method was put together by V Jayadevan, a civil engineer from Kerala. It is also known as the Gokul Gurandi system. This method was introduced back in 2010 by the Board of Cricket Control in India (BCCI) and has been used in all domestic Indian tournaments, except the Indian Premier League (IPL), organised by the BCCI. Be it the Vijay Hazare Trophy, Syed Mushtaq Ali or other state-run T20 leagues around the country, most of them have the VJD Method implemented.

It was even used in the infamous Indian Cricket League (ICL) back in 2007. In fact, there were plans to impose it in the 2011 (fourth) edition of the IPL but it was scrapped. The International Cricket Council (ICC) reviewed the VJD method but rejected it in 2012 stating: “The committee unanimously agreed that there was no evidence of any significant flaws in the D/L method nor did the committee believe that any improvements could be offered by the VJD method.” Despite that, the BCCI has continued to use it.

Why Is the VJD System a Scientific Method of Calculating Targets?

One of the most important aspects of the VJD method is that it takes form and statistics data from the previous games into account. And just for that one reason, in comparison to the Duckworth Lewis (D/L) method, the VJD method proves itself to be more human and scientific rather than a mechanical or a computerised one.

Speaking of the Duckworth-Lewis (D/L) method, it calculates the targets based on the assumption that the scoring rate of teams will constantly be on the rise as the innings progresses. However, that isn’t exactly the case and hence, you see massive changes in the score sheets and sometimes inexplicable ones as well.

On the contrary, the VJD method puts up a different argument and case. This method splits the innings into different phases and considers two different curves. One (known as the normal curve) looks at and analyses the normal flow of the run rate if the rain has not intervened. That is, how teams would go about their progression throughout the innings when they had the full quota of overs available to them.

The other curve (known as the target curve) considers the truncated overs and how the team would’ve approached the innings with the reduced number of overs. That is, how they would accelerate and pace their innings after the rain break with the shortened game.

This is one method that takes into account the various ebbs and flows of the game and different scoring patterns according to game situations i.e. when the batting team look to score quickly, when they look to consolidate and when to accelerate again.

Thus, the VJD method counters with a quicker scoring rate in the powerplay or during the fielding restrictions and then assumes a dip in the run rate during the middle phase or the middle overs and then it considers another acceleration at the death or the slog overs. This method built by the Indian engineer also takes into account the different percentage of runs scored by the teams in different phases of the game. Moreover, there are different scoring patterns for different sets of scores i.e. a score between 100 and 200 might see different scoring patterns develop with the VJD method compared to a score between 200 and 300.

The Duckworth-Lewis (D/L) method considers just one curve in calculating or rather recalculating and adjusting the targets after a rain break. It assumes that the scoring rate would increase throughout the innings and there would be a natural increase in the run rate as the innings progresses. Thus, the Duckworth-Lewis graph is constantly on the rise. Meanwhile, the VJD method has two curves that come into the picture which take into account the crests and troughs of the innings.

Another big talking point is that the Duckworth-Lewis (D/L) method takes into account the number of wickets lost. In fact, it is one of the biggest conditions or criteria when it comes to the Duckworth-Lewis (D/L) method. There have been multiple instances of the target or the par score shooting up for more wickets lost. On the other hand, the VJD method doesn’t take into account the number of wickets lost. It is based only on the percentage of overs played and thus, there is no increase or change in the par (or target) score if more wickets are lost.

While there may not be a big difference in the target or the par scores when they are calculated by both systems (or methods) but white-ball cricket is a game of margins and even a small change in the total plays a big part in the game.

On the whole, both of these methods aren’t foolproof, neither is superior to the other and hence, there are very few who’ve gone on to figure out both. Therefore, the ICC still uses the Duckworth-Lewis (D/L) method.