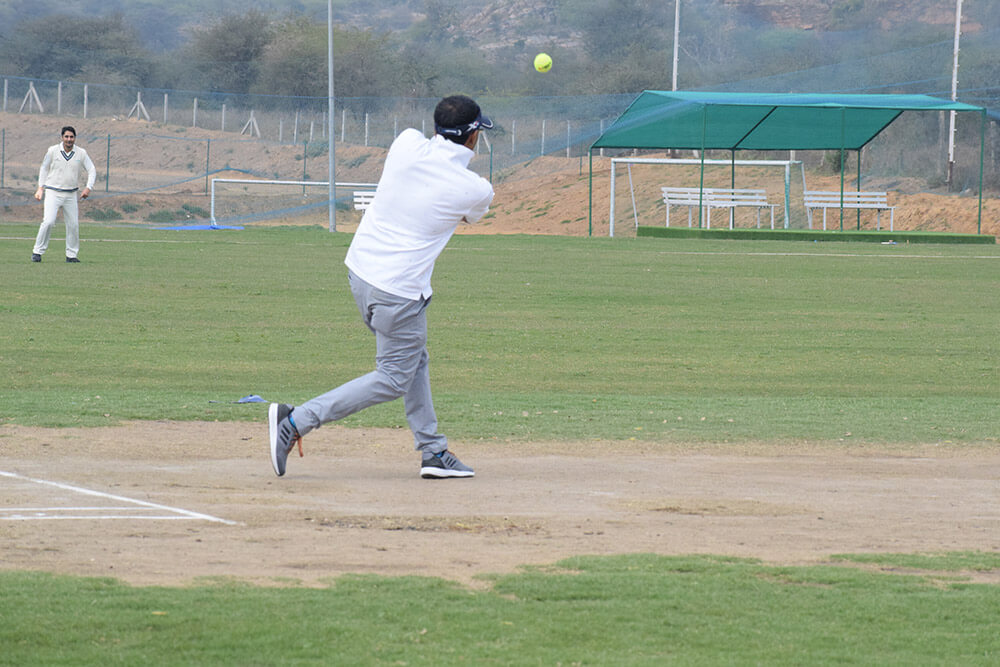 Test matches are set up by batsmen who score big runs and are finished by bowlers who can take wickets. In this article, we are going to talk about the Top 10 run-scorers in Test cricket.

Take a look at this list. If you are a cricket fan, chances are you already know all of them. We are talking about runs in tens of thousands scored by these prolific run-scorers in their long Test careers. The players range from Border, having performed in the 1970s, to the 21st-century players such as Kumar Sangakkara. The list contains two players each from India, Australia, the West Indies and Sri Lanka followed by one player each from South Africa and England. Let’s take a closer look at these players and their stats in Test cricket.

Note: The balls faced and strike rates are given based on the data available for balls faced by the batsmen.

Sachin Tendulkar, arguably the greatest batsmen ever, started playing Test cricket in 1989 as a 16-year-old prodigy. He was playing for 24 long years since then and retired after playing 200 Tests for India – the most by any player in Test history. In the process, he scored 15921 runs – the most by any Test player – at an average of 53.78. He is more than 2500 runs clear of Ricky Ponting at the second place on the list of leading run-scorers in Test cricket.

Tendulkar has 119 scores of 50 or more in Test cricket with 51 centuries – 6 of them double – and 68 half-centuries to his name. Nobody has scored more centuries or half-centuries than him in Tests. Most of his Test runs were scored against Australia (3630 Runs) followed by 2535 runs against England. Sachin’s highest Test score of 248 came against Bangladesh in 2004.

Ricky Pointing was an attacking batsman leading a bullish Australian side in the late 90s and early 2000s. He made 41 centuries and 61 half-centuries in Test Cricket. His highest Test score of 257 came against India at Melbourne in 2003. Ricky Ponting scored more than two thousand runs against India (2555 Runs), England (2476 Runs) and South Africa (2132 Runs). Pointing also scored 6 double centuries in Test cricket.

With just 89 runs behind Ricky Pointing, South African all-rounder Jacques Kallis is third among leading run-scorers in Test cricket. He was playing for South Africa for almost 18 years from 1995 to 2013. Kallis was a prolific run-getter who scored 13289 runs in 166 Tests at an average of 55.37 – second-highest among the participants of this list, following only Sangakkara.

Kallis was a top-order batsman with a great resolve to play long innings. He scored 45 hundreds – 2 of them double – to go along with 58 half-centuries. He has the second-highest number of Test centuries behind Sachin Tendulkar. Kallis scored more than two thousand runs against the West Indies (2356 Runs), England (2141 Runs) followed by Australia (2061 Runs).

Dravid was known for staying at the crease for long hours. No wonder he faced the most number of deliveries in Test cricket. With 31258 deliveries faced, Dravid became the only player to have faced more than 30 thousand deliveries in Tests. He made 36 hundreds, including 5 double hundreds and 63 half-centuries. His highest score of 270 came against Pakistan in 2004 and most of his Test runs were scored against Australia (2166 Runs).

Alastair Cook had a relatively short career (12 years), compared to the other players on this list but he played 161 Tests in the period from 2006 to 2018 to score 12472 runs. He made 33 centuries and 57 half-centuries and also scored 5 double centuries.

Cook was an opener who played without a break in Test cricket for England. He averaged 45.35 – the lowest on this list. His strike rate of 46.95 is among the lowest ones as well. Cook’s highest Test score of 294 came against India in 2011 at home. He played about 40% Tests against India and Australia, scoring close to a combined 5000 runs against them.

With just 72-run difference from Cook scored in 27 fewer Tests, Kumar Sangakkara is at the 6th spot among the Test leading runs scorers. He was playing for Sri Lanka for 15 years from 2000 to 2015, representing his country in 134 Tests and scoring 12400 runs at an average of 57.40 – highest among the players on this list.

Charismatic West Indian left-hander Brian Lara grabs the 7th spot on the list of highest run-getters in Tests with 11953 runs scored in 131 Tests at an average of 52.88 with 34 centuries and 48 half-centuries. He played Test cricket from 1990 to 2006 and broke many records along the way.

Lara was known for the aggressive strokeplay with a high backlift. His strike rate of 60.51 is the highest one on this list. He is the only one among top run-scorers to have faced less than 20 thousand deliveries in Test cricket. Brian Lara scored 9 double hundred and 2 triple hundreds in his career. He scored close to 3000 runs each against England and Australia. Lara’s highest score of 400 not-out against England in 2004 became the highest Test score ever.

The second West Indian on the list is Shivnarine Chanderpaul with 11867 runs at the 8th spot. His career lasted a couple of decades from 1994 to 2015. He scored 30 hundreds and 66 fifties – second-highest among the leading run-scorers in Test cricket.

Chanderpaul was a middle-order batsman who batted long hours. He faced 27395 deliveries in Tests – fourth-highest on this list – and had a strike rate of 43.31 – among the lowest for a leading run-scorer. Chanderpaul averaged 51.37 in Test cricket. He scored one double hundred – 203 not out – against South Africa in 2005. Chanderpaul scored more than 2000 runs against England (2451 Runs) and India (2171 Runs).

Just 53 runs behind Chanderpaul, Mahela Jayawardene is the second Sri Lankan on the list at 9th spot with 11814 runs in Tests at an average of 49.84. He is only one of the two players on this list with an average below 50. Jayawardene scored 34 hundreds and 50 fifties in Test cricket including 7 double hundreds and 1 triple hundred.

The elegant player from Sri Lanka is joint-fourth on the list of double century makers in Test cricket history and third on this list of the best run-scorers in Tests. Jayawardene faced 22959 balls and scored runs at a strike rate of 51.45. His highest Test score of 374 came against South Africa in 2006.

Allan Border was an accumulator of runs who batted in the middle order and led the Australian cricket team. He once had held the record for playing 153 consecutive Tests before Cook broke it in 2018. His highest score of 205 from 599 deliveries came against New Zealand in 1987. He scored runs at a strike rate of 41.09 – among the lowest ones on this list. Border scored 3548 runs against England followed by 2052 runs against the West Indies.